Political Calculations
Unexpectedly Intriguing!
May 24, 2013
The Cheapest Things You Can Buy at Costco

What are the three cheapest things you can buy outside of the food court at Costco?

After we unexpectedly found we had way too much free time on our hands one day last week, which we found we could spend in one of the wholesale retailer's urban locations, we set out to answer that question. We went up and down all the aisles, seeking to find the bulk or bundled item that would ring up the lowest bill at the checkout.

We won't keep you in suspense. The lowest-priced item you can buy at Costco is bananas.

We found we could walk out of Costco with 3 pounds of bananas for $1.39. Which is not only less expensive, but also a lot more food than the hot dog and soda combination we could have bought for $1.50 at Costco's food court! 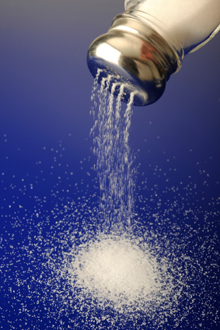 The second-lowest priced item we found was salt. Specifically, it was a bundled package of four 1-pound containers of granulated table salt, which could have been ours for just $2.15.

But we didn't stop there. The second-runner up, and third-place finisher, in our quest to find Costco's lowest-priced items is a tie between a 24-pack of hot dog buns and a 24-pack of hamburger buns, both of which could be had for $2.29. 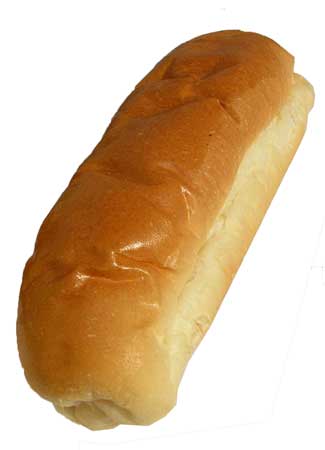 Some quick math suggests that their worst case grocery bill from a single shopping trip at the wholesaler would total just $7.22, which would include the four-pound package of salt, one 24-pack of hot dog buns and two bundled packages of bananas. Here, we assume that there are four medium-sized bananas per pound, so our two 3-pound bundles would provide 24 bananas, enough to fill each of the hot dog buns, thus minimizing any potential waste for the grocery items that might spoil, as the salt would have an indefinite shelf life.

Of course, none of these prices include any portion of the $55 annual membership fee that Costco charges its customers as the minimum for being able to buy these bulk and bundled items at such low, low prices, which is a way of helping cover its transaction costs for selling these low-margin, low-unit price products.