If we're talking about major contributors to the level of income inequality in the United States, the answer is clearly yes. But then, that includes everyone from widows drawing Social Security survivors benefits and people who only work part time during the course of the year. One thing we reported in our previous analysis is that roughly 95% of the 2,221,780 civilian, non-postal service members of the U.S. federal government workforce work full-time, all year-round.

So, if we want to get a better sense of how the distribution of income for U.S. federal government employees compares to U.S. individual income earners, we should compare them with the portion of the U.S. population who is employed in full-time jobs, all year round.

And that's exactly what we've done in the following chart!: 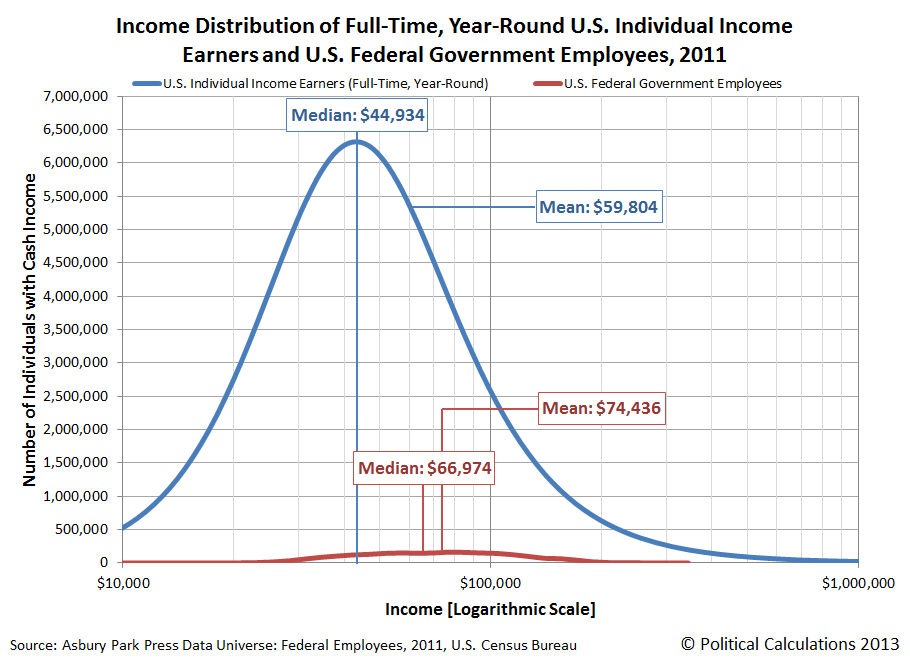 So, once again, we find that the pay of U.S. federal government employees are strongly skewed to the upper end of the income spectrum of the United States.

But then, that only considers the cash portion of their compensation. In the next part of our analysis, we'll factor in the value of the benefits that each receive!