Extremely linear. That's the term we would use to describe the basic relationship between what people pay to live in the homes they own and what they earn.

Here's the evidence. We constructed the chart below from data collected as part of the Consumer Expenditure Survey for each year from 1984 through 2011 (full year data for 2012 won't be available until late September 2013), which presents the average annual amount of money spent toward mortgage and interest payments, property taxes, insurance and other expenses associated with home ownership for a number of income ranges. 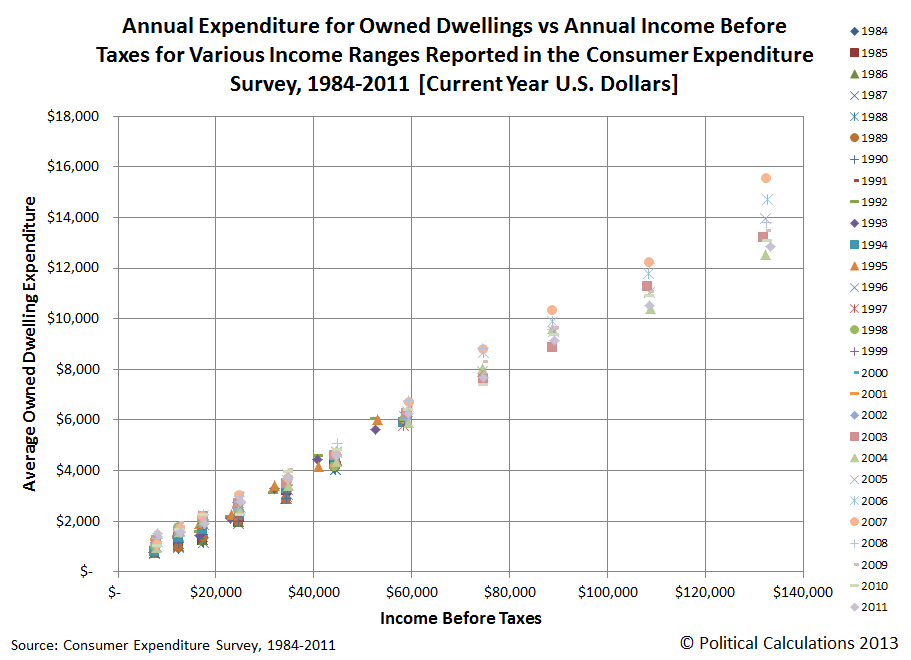 In this chart, we've excluded the data for the lowest and highest income ranges presented in the data, since these cover unbounded conditions that makes them outliers with respect to all the other reported data.

The data points are then clustered at the average annual income before taxes that apply for the reported income ranges, which are the standard ranges reported in Table 2 of the Consumer Expenditure Survey, which covers expenditures for various income levels up to $70,000, and also Table 2301 (for 2003 and after), which provides additional detail of average annual expenditures for a number of income levels above $70,000.

Taking all the data together, what we find is that there is a very strong and direct straight-line relationship between the expenditures for home owners and their income before taxes.

That relationship continues to exist after we adjust for the effects of inflation over time. Our next chart shows the same data as the first, but in terms of constant 2011 U.S. dollars. 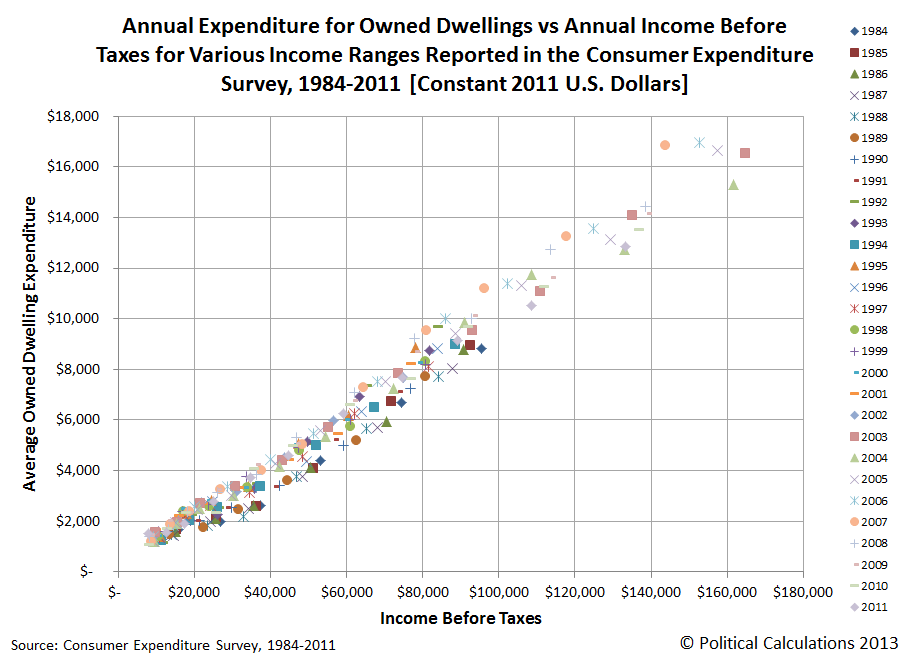 Just for fun, we next performed a linear regression for the data for three years, 1986, 2007 and 2011, which we've presented in our third chart (all data is presented in terms of non-inflation adjusted current year dollars.) 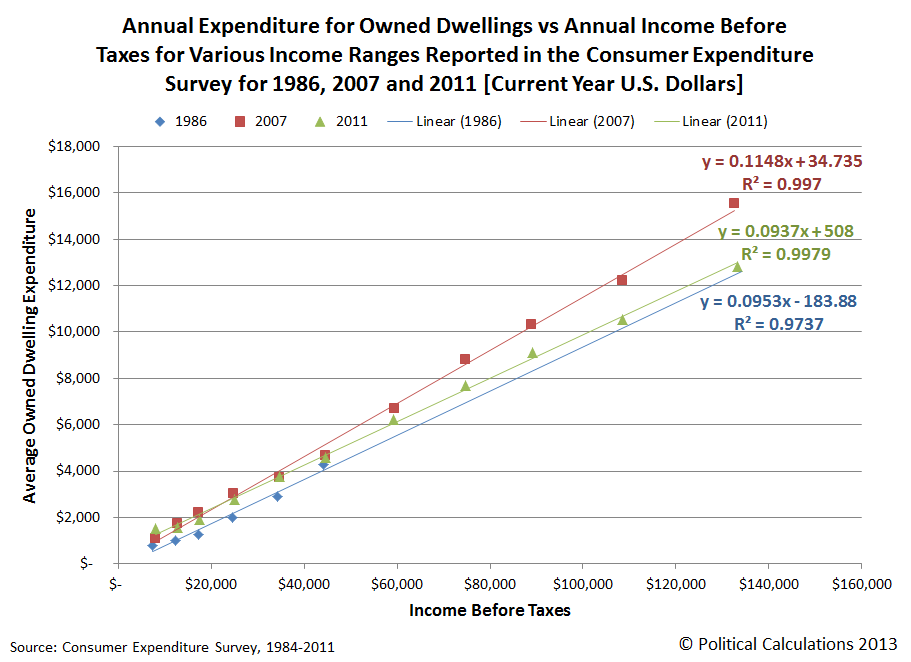 That observation suggests that one of the characteristics of a housing bubble is that it will affect the slope of the relationship between housing expenditures and incomes, as expenditures first swell with the inflation phase of the bubble before collapsing after it pops and begins to deflate, in tune with the illusion of having more wealth than can be afforded on the incomes of homeowners.

We think that the actual mechanism by which this phenomenon works is pretty humdrum, largely amounting to homeowners tapping the apparently growing equity in their properties through refinanced mortgages and home equity loans during the inflation phase of the housing bubble, the payments for which are then added to the expenditures for housing. As a housing bubble grows, the slope steepens until it pops, after which the slope levels back out as homeowners struggle to get their housing expenditures back in line with their actual level of household income. (Or as the sentimental data jocks at the Bureau of Labor Statistics like to call them, "consumer units").

It's pretty amazing difference that such an apparently small change in the slope of the relationship between housing expenditures and income makes for all the difference between excessive exuberance and depression in the U.S. housing market.