To find out, we've taken the average cash incomes earned by each and added the average benefits that each receives through their employer as reported by the Congressional Budget Office in 2012. They found that:

We next visualized those numbers, in which we reveal the average total compensation of U.S. federal government employees and individual Americans who work in full time jobs all year long: 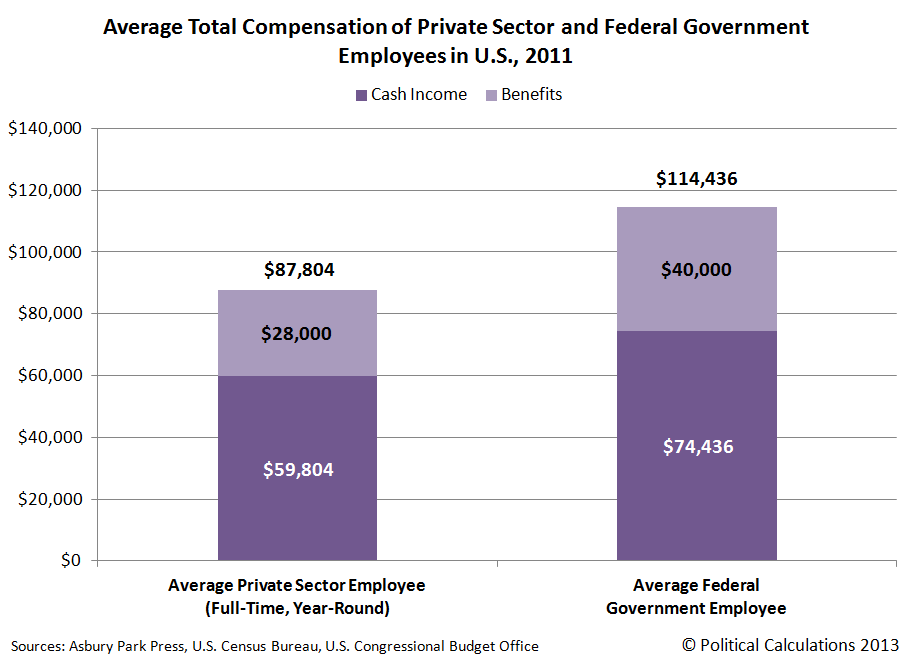 We find that while the average U.S. federal government employee makes $14,632 more in direct cash income than their private sector counterpart, at $74,436 versus $59,804, the extremely generous benefits with which they are also compensated boosts their real income margin by $26,632 over the average private sector income earner, putting their total compensation at $114,436 versus $87,804.

Keeping in mind that the average income of Americans in the private sector is considerably elevated by some very highly paid individuals such as CEOs, very specialized medical professionals, sports stars and entertainment moguls, the total compensation of U.S. federal government employees puts them all in a league of their own. And that's not even including their extreme job security.

Is it any wonder then that U.S. federal government employees are almost more likely to die than leave their jobs?