The number of public U.S. companies announcing that they would be cutting their future dividend payments fell from 20 to 14 in July 2013. While this level of dividend cuts announced in a single month is still consistent with recessionary conditions being present in the U.S. economy, it does represent an improving situation as it appears that the U.S. economy is beginning to exit the microrecession that began back in July 2012. 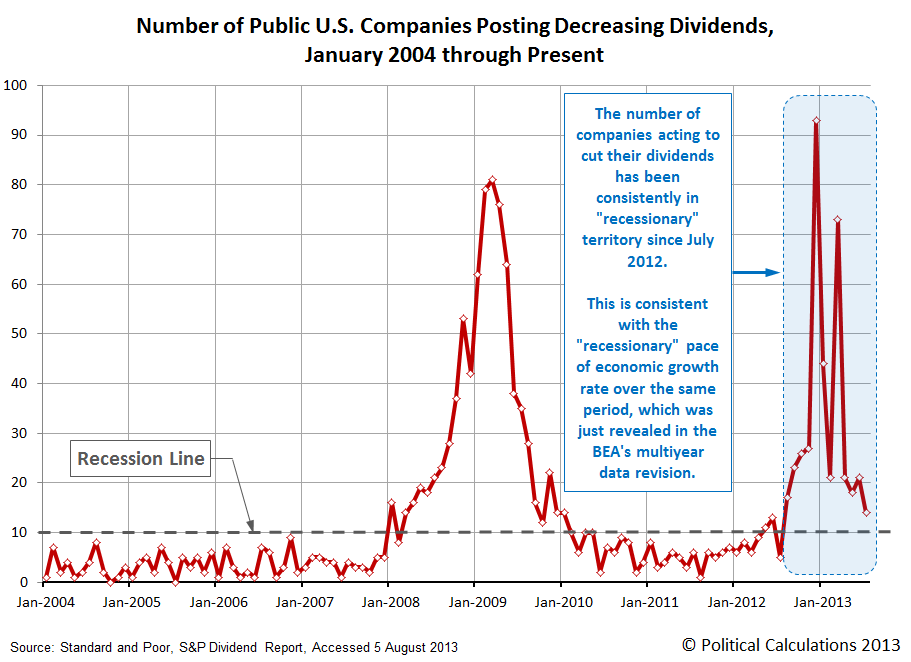 By our definition, a microrecession represents a period of slow or negative economic growth for the nation that is either too limited in scope, severity or duration to qualify as an official period of recession, as might be determined by the National Bureau of Economic Research.

We'll note that the Bureau of Economic Analysis' recently revised GDP data now confirms what our dividend indicator has been communicating in real time - the pace of economic growth in the U.S. has been in the "cold" recessionary zone, as indicated by our two-quarter GDP growth rate temperature gauge: 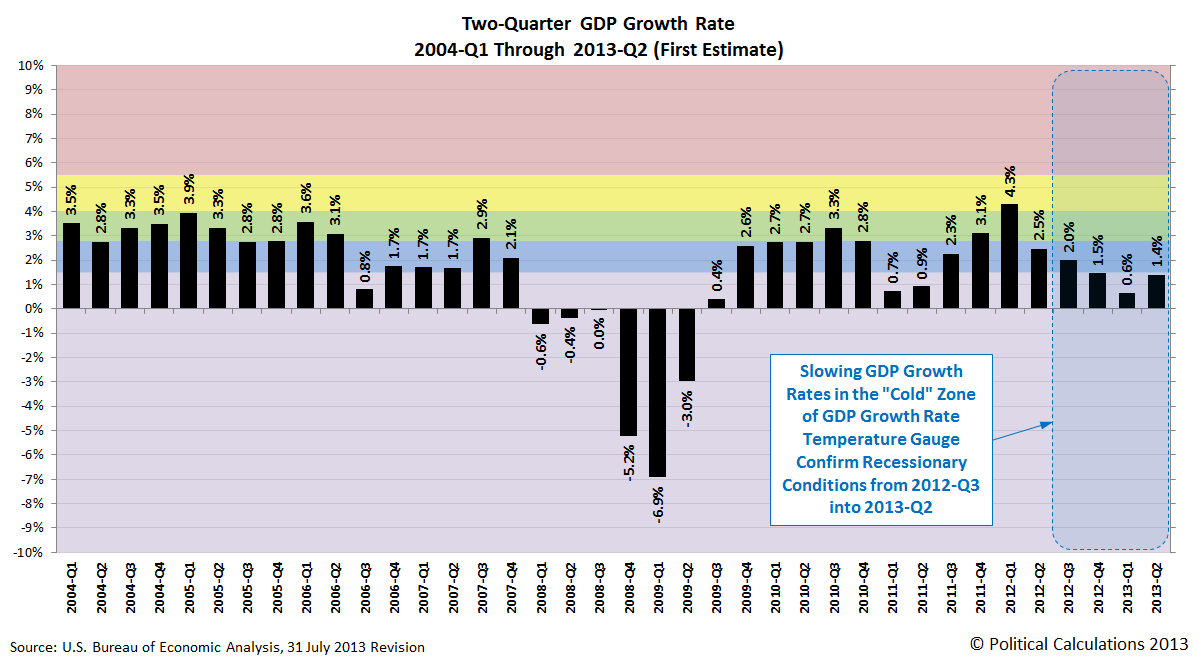 Prior to its revision, the BEA's GDP data had indicated that the U.S. economy was growing at a somewhat faster pace.

As best as we can tell, it appears that the microrecession peaked in the fourth quarter of 2012. The U.S. economy would now appear to be exiting this period of microrecession, which has now lasted for over a year.