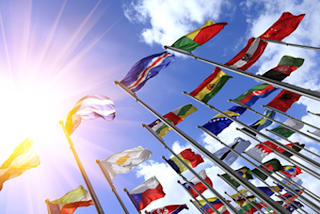 "How does the compensation of federal civilian employees compare with that of employees in the private sector?" is a question that the Congressional Budget Office once asked and answered, finding that the combined cash income and benefits that Uncle Sam's employees are paid is a lot more generous than what their peers in the private sector earn, even after controlling for factors like education, years of experience and job descriptions.

But we wondered how does the productivity of federal civilian employees compare with that of employees in the private sector? After all, if a civilian employee of the U.S. federal government is more productive than their similarly educated and experienced peer doing the same or similar job in the private sector, that difference could well justify their more generous compensation. If everything else is equal, it makes sense that a person who is more economically productive in doing a job would be compensated more than a less productive person doing the same work.

Thanks to a natural experiment, we're about to find out just how productive federal bureaucrats really are with respect to their direct peers in the private sector!

This summer, as part of the cost-cutting measures related to the budget sequester required by the Budget Control Act of 2011, President Obama acted to discontinue the operations of the Department of Labor's International Labor Comparisons (ILC) program, which converts the economic statistics produced by other nations' governments to adhere to U.S. standards and definitions, which allows for direct apples-to-apples comparisons to be made between the nations' economic data. Here's the announcement of the program's elimination that appeared in the Federal Register on 25 June 2013:

On March 1, 2013, President Obama ordered into effect the across-the-board spending cuts (commonly referred to as sequestration) required by the Balanced Budget and Emergency Deficit Control Act, as amended. In order to achieve these budget cuts and protect core programs, The Bureau of Labor Statistics is eliminating the International Labor Comparisons program. Subject to BLS policies and procedures, the underlying data and the methodology used to produce the data will be available upon request.

Shutting down the ILC program had been one of the President's budget objectives for some time. The Washington Post described the ILC's operations and President Obama's desire to cut the program back on 3 March 2010:

President Obama's budget would eliminate the International Labor Comparisons office and transfer its 16 economists to expand the bureau's work tracking inflation and occupational trends. The White House says the cut, estimated to save $2 million, is one of many difficult decisions the president was forced to make to control spending.

On 27 June 2013, the non-profit Conference Board announced that it would take over reporting the international labor comparisons. (The Conference Board is the same outfit that conducts the Consumer Confidence Survey and that reports the Index of Leading Economic Indicators, both of which are frequently cited in the media.)

The Conference Board announced today that it will continue a statistical program on international labor statistics that is to be eliminated by the federal government due to across-the-board spending cuts. The Bureau of Labor Statistics, a unit of the United States Department of Labor, has announced that it will shut down the International Labor Comparison (ILC) program on July 1.

The program provides businesses, government agencies, academics, and the public with high-quality data on manufacturing productivity, unit labor costs, consumer price, wage rates, and employment and unemployment for up to 34 countries. It adjusts data to a common framework of concepts, definitions, and classifications to facilitate data comparisons across countries. ILC data are used to assess United States economic performance relative to other countries, as well as to evaluate the competitive position of the United States in international markets. The Conference Board will continue the program on its current basis and make the data available to the public at no cost. The Conference Board will implement the transition of the program over the summer.

"Every large company needs access to this data, and it can only be gathered effectively by leveraging non-commercial relationships between various government and statistical agencies around the world," said Jon Spector, President and CEO of The Conference Board. "If a government agency cannot continue to maintain this information, it requires an independent institution to take over the task."

Clearly, the Conference Board believes that there is value in sustaining the output of the International Labor Comparisons program. But the question we wanted to answer is "how many people will they seek to hire to do the work?"

Since the private sector Conference Board wasn't doing the work previously, to take on the new work, it would very likely have to both retask its current employees to add to their current job responsibilities while also creating new jobs specifically to do the additional work.

The number of dedicated new hires would be especially revealing because that would provide a direct indication of the relative productivity of people doing the exact same jobs in both the public and private sector. If the number of new hires in the private sector required to do the work turns out to be greater than the number of dedicated federal employees who were previously doing it, that would be a clear indication that the federal bureaucrats are more productive than their private sector peers, and thus are deserving of a higher level of compensation. 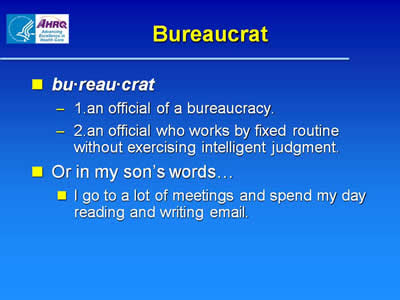 As best as we can tell from its job postings since its announcement, the private sector Conference Board will hire at least two and possibly three people to do the work that would appear to have required 16 dedicated bureaucrats when the same work was done by the U.S. federal government. Here are the job descriptions for the positions that the Conference Board is seeking to fill related to this work:

The last Research Assistant position doesn't reference the International Labor Comparisons program, which means that it isn't the primary purpose of the position, but it's clear from the job description that the person hired to fill the opening could very well be tasked with work related to the ILC program. We should also recognize that it is possible that the job posting for the Research Analyst position that does specifically reference the ILC work may represent more than one opening with the same job description, but there is no indication that is the case in the description for the position, so we tend to think that is not the case.

Those things noted, these job postings suggest that the private sector Conference Board believes it will take the addition of no more than 3 people to do the same work that 16 bureaucrats were dedicated to doing as employees of the U.S. federal government. That would mean that the federal government employees who were previously doing the work would appear to be less than one-fifth as productive as their private sector peers in working to produce the same output.

We therefore find that the higher level of compensation for civilian federal government employees is not justifiable on the basis of their relative productivity with respect to similarly skilled and experienced workers in the private sector.

In fact, the lower apparent productivity of federal bureaucrats would also be a big reason why cuts to government spending reduces the nation's GDP by considerably less than the actual amount of the spending reduction. 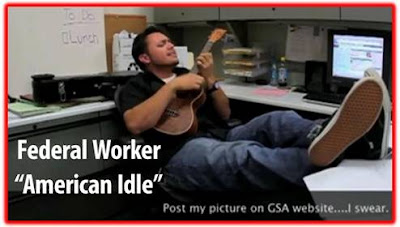 Speaking of those 16 displaced federal government employees, since it appears that they have been reassigned to other areas within the Bureau of Labor Statistics, whose remaining workload is unchanged following the elimination of the International Labor Comparisons program, that means that the collective productivity of the federal government's employees at the BLS has decreased.

Of course, that is exactly what we should expect to happen when more people become involved in generating an unchanged level of output. But at least, in doing less work per person than before, but for the same pay, that means that their total compensation per person has become just ever so much greater than their private sector peers.

It's all just another perk of working for Uncle Sam!