What's the real story for the overall trend in new jobless claims in the U.S.?

It has been several months since we last featured an update of our statistical analysis of the trends in new jobless claims in the U.S., which is mostly by design on our part.

When we last left off, the overall trend, which we identified as Trend L, was largely flat, but characterized by extreme volatility, with unusual outliers in the data popping up with an alarming frequency.

Some of that was understandable. We saw the state of California mishandle its processing of new jobless claims, causing their reported number to plummet one week, but soar in the next as the state caught up to their mistakes. We saw the impact of the "superstorm" Sandy, which caused claims in the northeastern part of the U.S. jump well above the trend, then slowly fall back toward it, then fall below it, before rebounding back to the otherwise flat trend level established early in the trend as that region of the country recovered from the event.

And then, several weeks after that, we started seeing volatility to the downside. The data would suddenly fall outside the statistically expected range for one or two weeks, but then be right back up in it the next.

That was more volatility than we wanted to have to keep addressing on weekly or biweekly basis, so we opted to let the data settle down on its own and pick up the pieces later.

And that brings us today, because it turns out that what was happening is that Trend L was breaking down and being replaced by a new trend, which we'll unimaginatively call "Trend M". 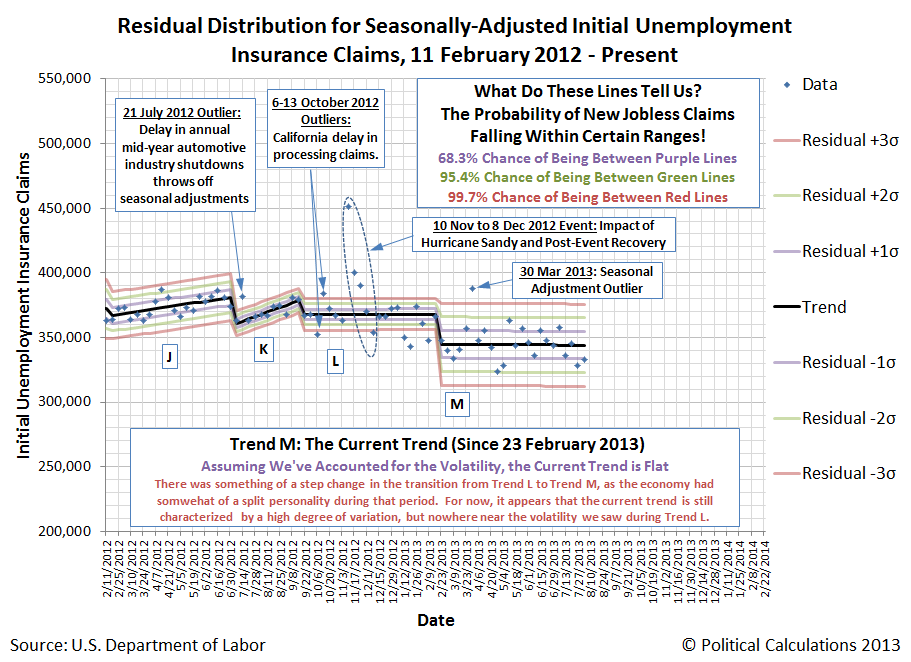 Part of why we waited so long to discuss this shift is that we wanted to have enough data points to be able to describe the new trend that was establishing itself. Typically, it takes at least six to ten data points to do that, but the appearance of an outlier for the week ending 30 March 2013 led us to choose to hold off until we had at least 10 consecutive non-outlier data points. After that, it was just a matter of waiting for an opening in our schedule of posts.

Aside from the one outlier, which we recognize to be an artifact of the Department of Labor's recently revised seasonal adjustment factors for the week in question, Trend M has largely been flat since it established itself after 23 February 2013. While media reports have indicated that the trend is improving, that assessment is based on a four week moving average, which really capturing the data becoming less volatile. While that is an improvement, it hasn't affected the overall trend, which is largely just moving sideways.

Speaking of which, Trend M is characterized by a surprising amount of variation, which we typically have not seen in the data for our residual analysis, and which is the result of relatively wide swings in the data with respect to the general trend from week to week. We should also note that the current flat trend is still well elevated above the 317,000-318,000 new jobless claims filed on average each week in the years preceding the December 2007 recession.

The following chart shows each of the primary trends that we have identified in new jobless claims since 7 January 2006. 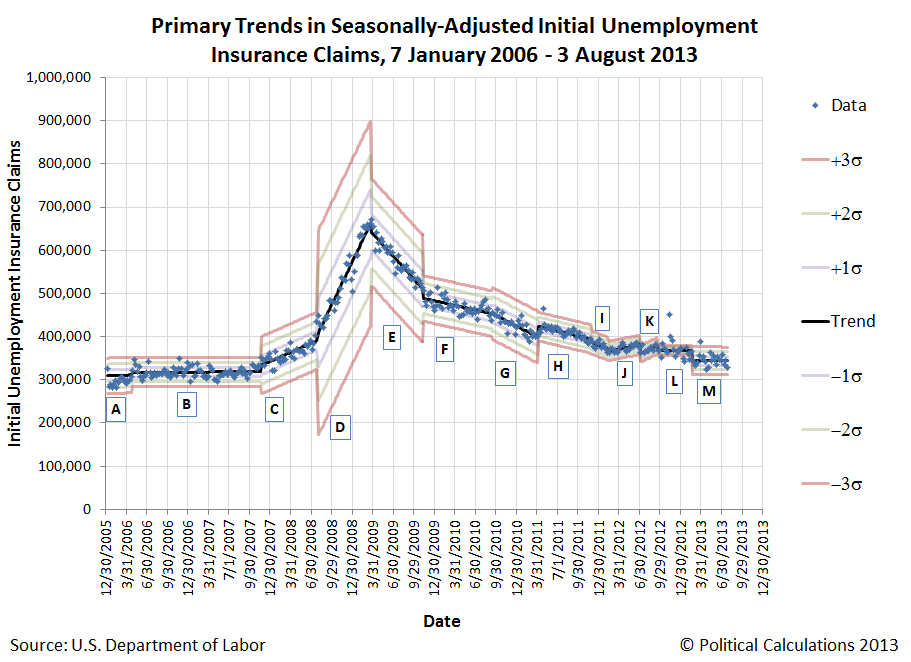 The next chart shows the residual distribution of the trends in new jobless claims over the same period (the first chart in this post focuses on the most recent trends identified in this chart. 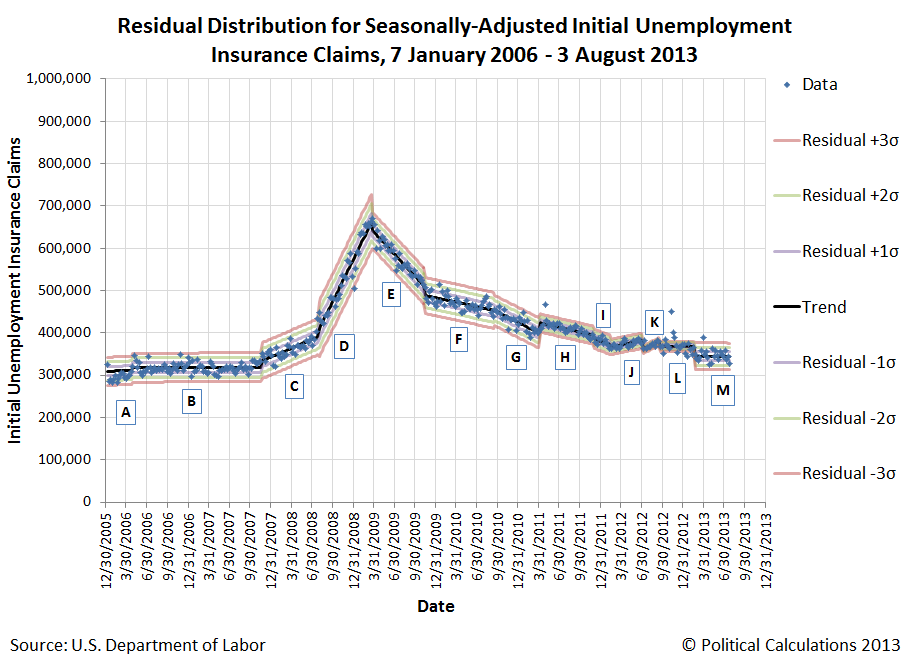 Finally, since we've marked the formation of a new trend, we've updated our table describing each of the ones we've covered since 2006, along with more discussion of our thoughts on what's driving them: