We marked the end of the year-long microrecession in the United States yesterday, so today, we thought we'd check in on two of the lagging indicators of a nation's economic health: trade and jobs. 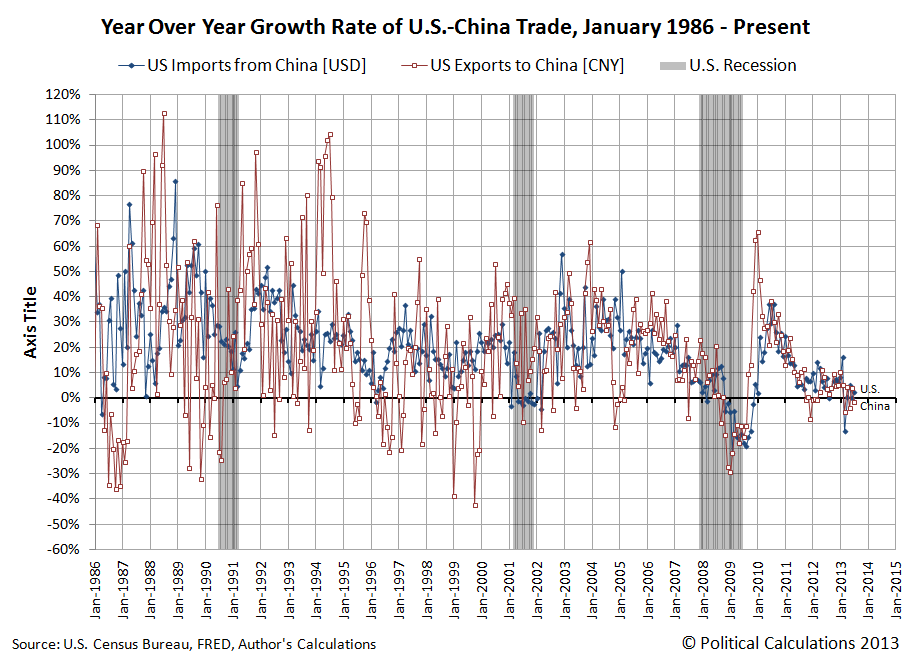 We find that both nations would appear to be have been experiencing sluggish rates of growth for the last several months. Looking just at July 2013, China's economy would appear to have fallen into recessionary territory for the third time since March 2013, as the pace of economic growth within that nation would not appear sufficient to increase its demand for the goods it imports from the U.S. Likewise, the pace at which the U.S. imports goods from China also indicates sluggish economic growth, although this month, it is in positive territory.

The sluggish growth rates observed in the past several months is not surprising given that the U.S. has only just exited a period of microrecession in August 2013, while China's economy has slowed to a very lackluster pace of growth. Since the decisions of what volume of goods to ship overseas is made many months in advance of their arrival at their destination nation's ports, which depends upon the business conditions observed at the time the decisions are made, what these growth rates are communicating are the economic conditions that existed in the respective nations several months ago. 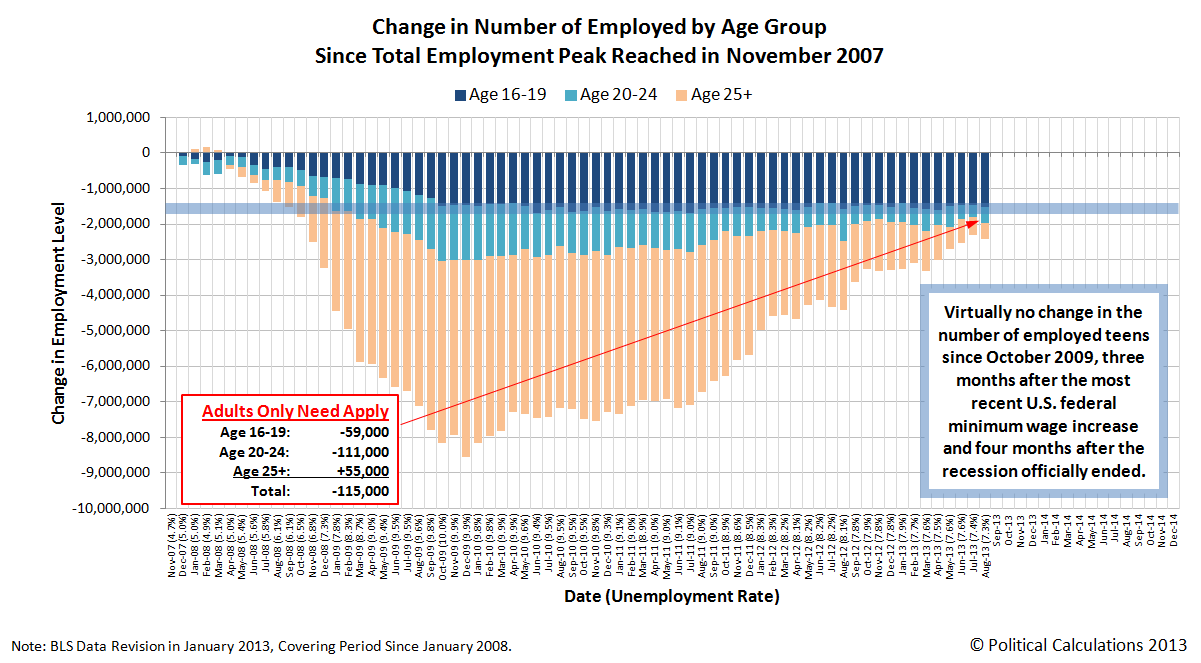 If you look at the data at the beginning of the Great Recession, we see that there was very little job loss at the very beginning, and no job loss outside of teens and young adults (Age 16-24) until April 2008, five months after the official start of the 2007 recession.

To take that lag effect for jobs into account, we'll use November 2012 as our start month for measuring changes in the number of employed in the U.S., since that would be five months after our dividend data first indicated the U.S. economy was experiencing recessionary conditions back in July 2012. We obtained the following figures for the net change in number of employed from November 2012 through August 2013 for each of the following age groups we regularly track:

It seems the U.S. economy has been no country for young men, or women, for many months.

Still, with the microrecession just behind us, we would expect to see several more months of lackluster jobs numbers for young Americans before things really pick up as the recovery from the microrecession that ran from July 2012 through July 2013 gets underway.

Perhaps just in time for Christmas!