Political Calculations
Unexpectedly Intriguing!
08 November 2013
In Which We Openly Gloat As We're Proven Right Once Again

On 22 October 2013, we described how the dysfunctional Healthcare.gov web site could be fixed within a very short period of time.

It turns out that three of our code-developer colleagues have put the shopping portion of our solution into effect:


Meet the Health Sherpa, the website HealthCare.gov probably should have been. George Kalogeropoulos, Ning Liang and Michael Wasser saw the troubled launch and decided they could do a better health care enrolment website better than the government and, by golly, they succeeded. The Health Sherpa makes it ridiculously easy for anyone to compare health care plans covered under Obamacare in 34 states. (They left out the 16 states with existing marketplace sites, though it seems support for those states is coming soon.) The result is a simple, beautiful, remarkably responsive website that anyone could use. 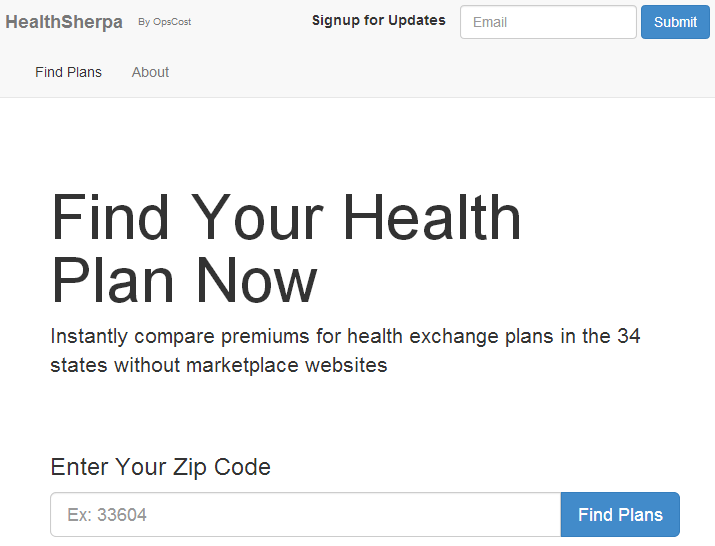 Here's the part of our plan that they executed:

Now, notice that we haven't specified just how the Healthcare.gov web site will itself be fixed. Well, all those tech surge troops can redesign the entire site after first throwing out about 5 million lines of useless code, to instead simply present a place where people can click their state and drill down to their county or city to find links to the sites of the government-approved health insurance providers serving their area, and nothing else.

No accounts to set up, no passwords to memorize, no multiple screens of denied access - none of that nonsense.

And they wouldn't even have to change the current launch screen for the Healthcare.gov site!

See! Transforming Healthcare.gov into a web site that actually works just isn't that hard - if the Obama administration is willing to be transparent how much their health insurance will cost and otherwise remove the federal government from the picture altogether.

Starting with your zip code, that's exactly what they do.

Since the information that consumers get about the plans (premiums, deductibles, what doctors are in-network, etc.) comes directly from the insurers themselves, health insurance shoppers are able to trust it far more than the government-run marketplaces. And they would be assured that their private, personal information would not be placed at risk, which it most certainly would be placed at extreme risk if it were entered in the Healthcare.gov web site.

Now, here's the really cool part - the people who have discovered The Health Sherpa would appear to be raving about it: 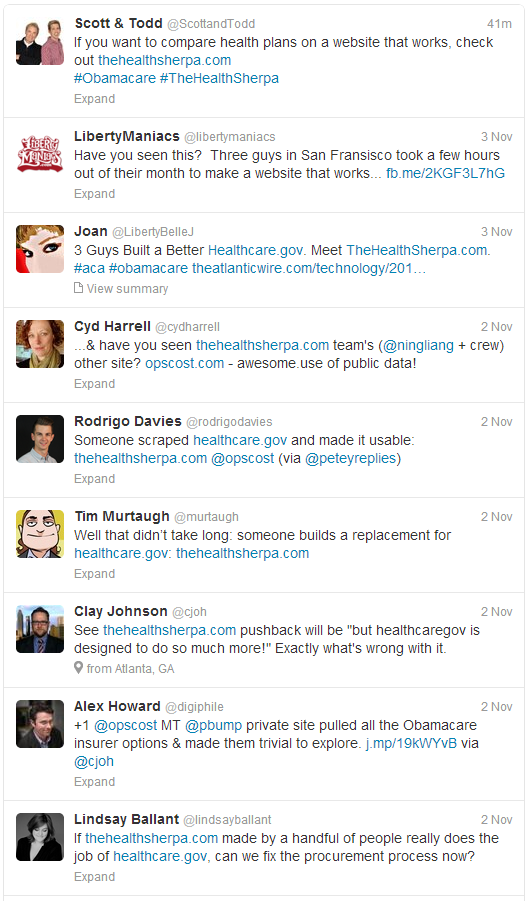 The remaining parts of our solution for fixing the Healthcare.gov web site fully takes the federal government out of the picture, since we don't need it to handle either income verification or the calculation of what a health insurance buyer's estimated tax credit subsidy might be. The only thing standing in the way of a functional web site is the incompetent Obama administration, which seems more interested in transferring even more taxpayer dollars to their crony corporate supporters and trying to distract attention away from its problems than it does in making a web site that's supposed to make it easy to shop for health insurance actually work.

The bottom line is that we have been proven right. Again. Our solution succeeds because of its transparent approach and because it takes the federal government's unnecessary bureaucracy and political corruption out of the picture.

Perhaps a good question for a mainstream media reporter to ask is why isn't the Obama administration willing to do those things? And a really good question for a skeptical U.S. Congress member to ask is why they should throw even more money to repair the Obamacare web site when our solution is already proving to be a much more viable and a much more affordable option?