For us, one of the more annoying aspects of the partial federal government shut down in the first half of October 2013 was that the Obama administration chose to shutter its economic data reporting. While the delays in reporting jobs and inflation data drew a lot of attention, there is one delay that is still ongoing: the Census Bureau's reporting of home sales data. 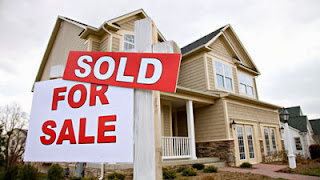 As best as we can tell, there is no legitimate reason for that delay, particularly for the data for September 2013. At worst, this data should have been reported no more than 16 days behind schedule - the duration of the actual partial federal government shut down. By no means should it take the 41 days that the Census Bureau is going to take to do it.

That particular data is particularly significant at present because the Census' data through August 2013 indicated that the prices for new home sales may be topping out. Since the data leading up to that point indicates that the real estate market has been experiencing bubble-like conditions, if prices are indeed peaking, that pretty much leaves just one place they can go if history provides any indication.

That's something that would have considerable consequences for the U.S. housing market. But apparently, the management of the U.S. Census Bureau would appear to have other priorities. And because that's the case, we've been shopping for an alternative, private-sector data source to replace them. 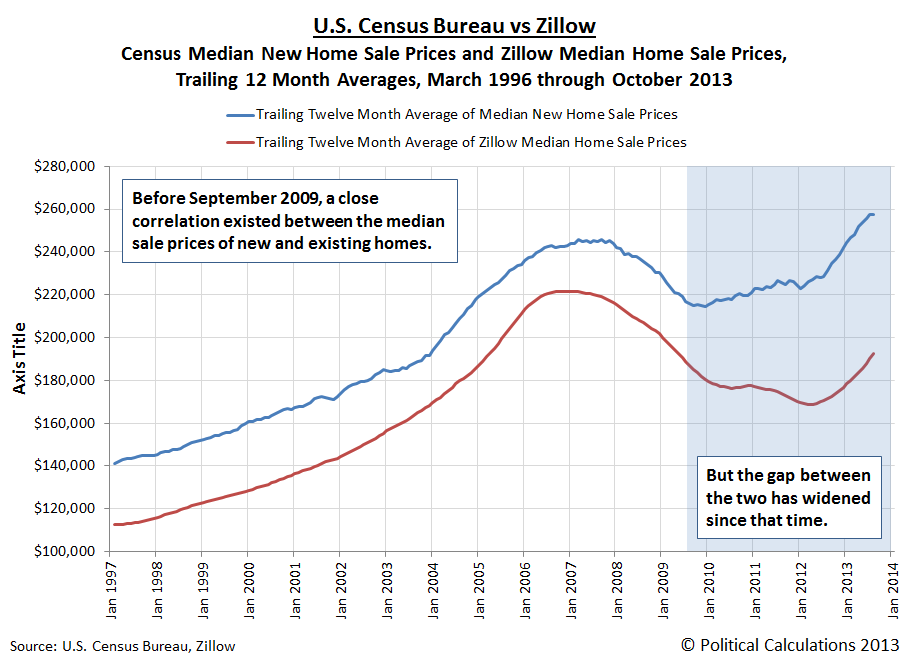 We've calculated the twelve-month trailing average for both data sources to eliminate the effect of seasonality on home sale prices.

Looking over the chart, we find that there would appear to have been a very close correlation between the two in the period preceding October 2009, which has diverged considerably in the period since. Our next chart shows the relationship between Zillow's median home sale prices and the Census Bureau's median new home sale prices: 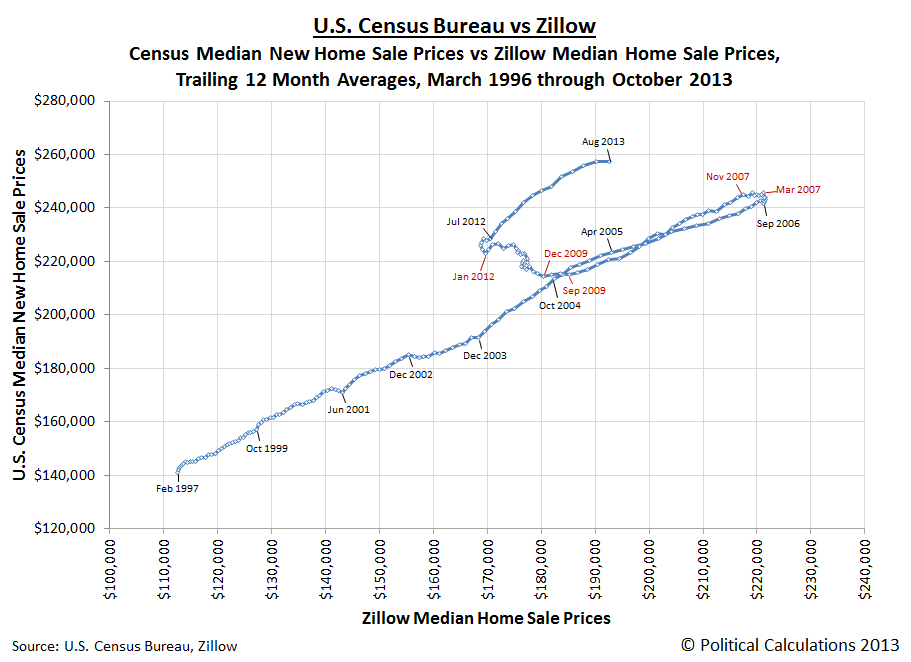 What's amazing here is that the correlation between Zillow's whole market median sale prices and the Census Bureau's median new home sale price data was so strong in the period up through September 2009, which coincides with the period preceding, during and following the first U.S. housing bubble.

It's not until after September 2009 that we see median sale prices for new homes and the whole market begin to diverge and follow a new trajectory. 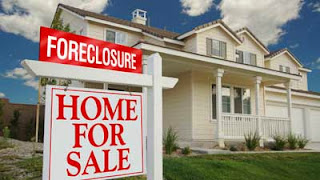 What this chart captures in the period after September 2009 is the ongoing depressed condition of the existing house market in the U.S., where existing home prices continued to fall as many homeowners remained underwater on their mortgages, generating large numbers of foreclosures that continued to drag the sale prices for existing homes down long after the end of the December 2007-June 2009 recession. By contrast, we see that new home sale prices began to rise with the post-recession economic recovery in the U.S.

It was not until early in 2012 with the large scale entry of major commercial real estate investment firms seeking to expand their businesses into the residential market that the market for these homes turned around.

Alternatively, and more desirably, the two could begin following a new track, largely parallel to their relationship preceding September 2009, but based upon their current relative valuations.

Determining which scenario is taking place would require the median new home sale price data, which is why we're particularly peeved about this issue, since the Census Bureau has arbitrarily chosen to lock it up until later this week.

Frankly, the data is too important to be entrusted to the federal government. They just don't add enough value to justify their role in this area.