The S&P 500 continued to behave predictably through the week ending 6 December 2013, at least if our "echo-filtered" analytical technique is any indication. 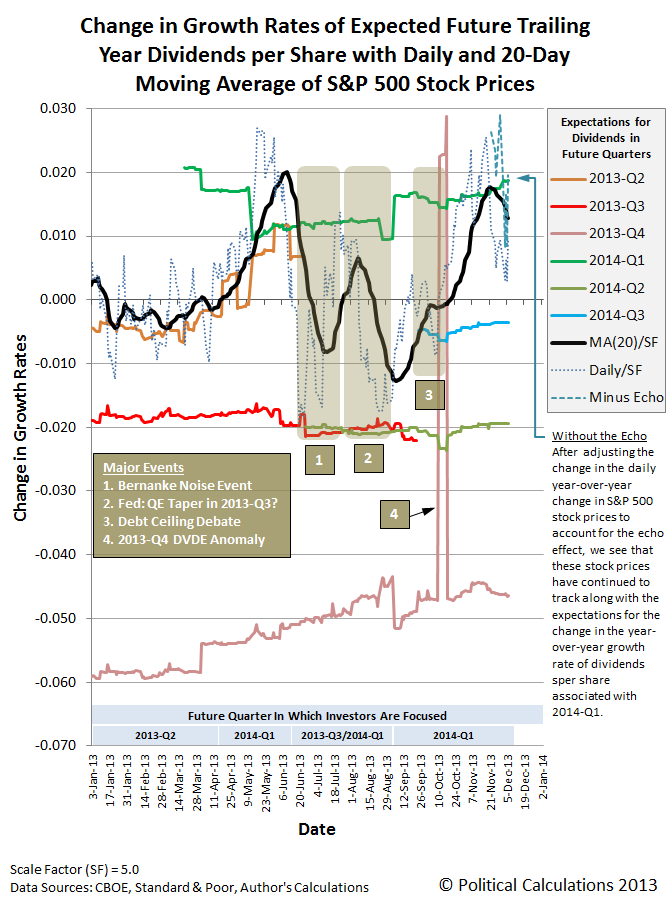 Going into the week, we had anticipated that the value of the S&P 500 would fall in the near-term, which held through Thursday, 5 November 2013. By that time however, the relative position of our echo-adjusted change in the growth rate of the S&P 500 daily stock prices had fallen well below the level where the dividends expected to be paid in 2014-Q1 would set them, which was a significant factor in the rally of stock prices on Friday, 6 December 2013. That rally brought stock prices up to right about where 2014-Q1's expected dividends would place them.

In the absence of new noise events, we expect that stock prices will continue to bounce around at or near this level, with somewhat of a mild upward trend given that we're looking a positive expectation for future dividends associated with the ongoing focus of investors upon 2014-Q1.

We now have enough data to illustrate why we went to so much trouble to develop our echo-filtering technique. In the chart below, we show what our dividend-futures based model for forecasting stock prices would have predicted if we had not accounted for the disruptive event of the Great Dividend Raid rally, which ran from 15 November 2012 to 21 December 2012: 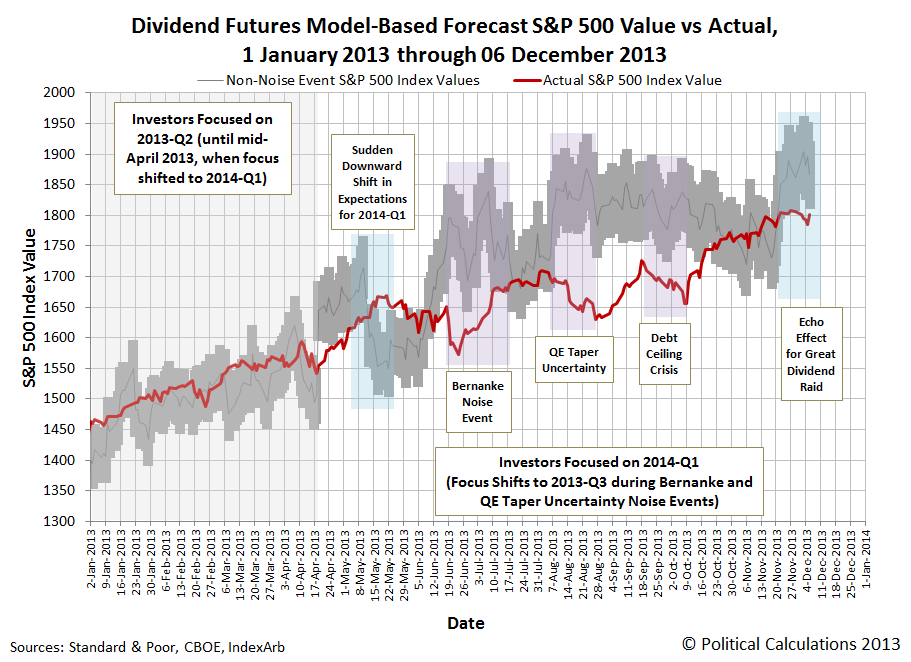 Here, we observe that a deviation develops between what our dividend futures-based model predicts and actual S&P 500 stock prices, which looks very much like a negative noise event - just as we expected would happen.

Our next chart shows how our model's forecast of S&P 500 stock prices behaves when we account for the presence of the echo effect: 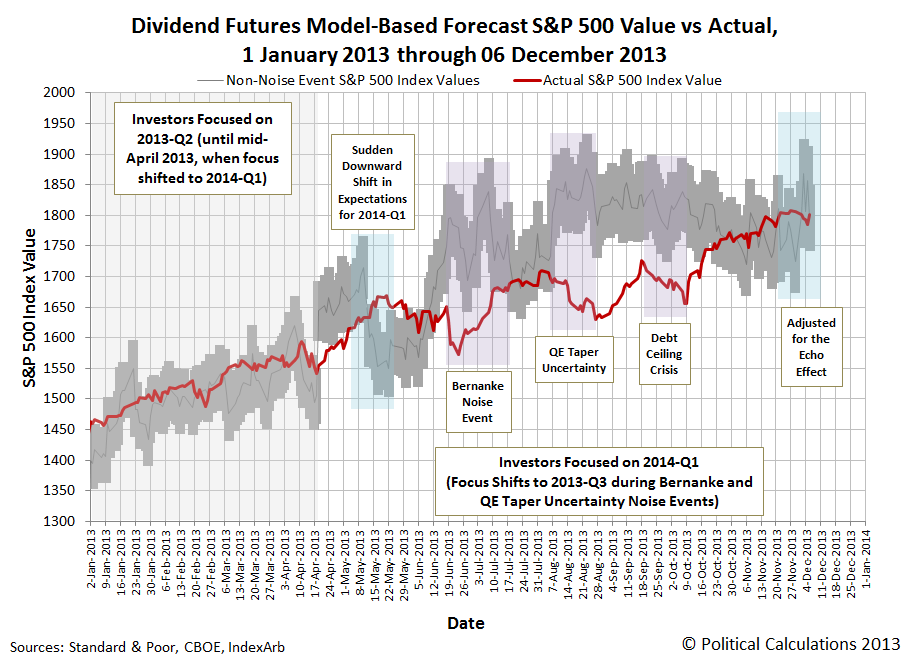 What that means is that we can successfully adapt our model to account for the presence of the echo effect so that it will continue to work in anticipating the level of actual stock prices, where we expect stock prices to fall within the range forecast by our model.

As a practical matter, we think that it would only be necessary to use this filtering technique to account for those echoes of significant past events that could otherwise lead to large deviations between actual observations and forecast values, as the typical level of noise we observe in stock prices already incorporates a contribution from the echoes produced by previous noise.