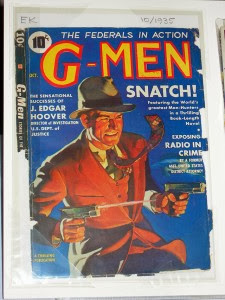 What will your typical paycheck look like in 2014 after Uncle Sam's G-men have gotten their damned, dirty, stinking ape paws all over it?

Obviously, the answer to the question of how much of your income will be left over for you after the federal government has snatched a good part it depends upon quite a lot. How much income will you make? How many withholding allowances have you set up with your employer on your IRS Form W-4? How much pre-tax contributions will you be making toward your retirement plan or your health care or dependent care flexible spending accounts? What if you get a raise?

Our tool below is designed to answer those questions for 95% of all Americans. You just need enter the indicated information as it applies for you, and we'll do our best to estimate how much of the money you work hard to earn will still be yours after the federal government has withheld what it wants from your paycheck!

But really, it's not necessarily as quite as simple as that, which is something that we'll discuss in more detail below the tool....

Now that we've given you a sense of how much money you'll have withheld from each of your paychecks in 2014 by the U.S. federal government, we should note that there are some really complicating factors that may come into play during the year depending upon how much you earn.

For example, in 2014, once you have earned over $117,000, you will no longer have the Social Security payroll tax of 6.2% of your income deducted from your paycheck. But then, by the time that happens, you'll have long been paying taxes on your income that are taxed at rates that are at least 10% higher than those paid by over half of all Americans.

There's also the complication provided by the so-called "Additional Medicare Tax" that your employer is required to begin withholding from your paycheck if, and as soon as, your year-to-date income rises above the $200,000 mark, which is part of the new income taxes imposed by the "Affordable Care Act" (a.k.a. "Obamacare"). Since the money collected through this 0.9% surtax on your income does not go to directly support the Medicare program, unlike the real Medicare payroll taxes paid by you and your employer, it is really best thought of as an additional income tax.

Since we've already mentioned "Obamacare", we should also note that many Americans may soon find themselves in the situation where they find that they have an additional income tax liability in 2014 because of the Affordable Care Act. At this writing, Americans who do not have health insurance coverage and who have not been included among those groups qualifying for hardship exemptions under the law are at risk of a nasty tax surprise, even if their situation comes about through no fault of their own thanks to the law's extremely careless construction and implementation. We'll address that potential additional tax liability soon....

There are other paycheck calculators like this on the Internet, including the very well done tools available at PaycheckCity.com. We really like PaycheckCity's calculators because they allow you to determine the amount of state income tax withholding that will be taken out of your paycheck separately from what the federal government takes.

Then again, if you live in one of the nine states that have no personal income tax for wage and salary income (Alaska, Florida, Nevada, New Hampshire, South Dakota, Tennessee, Texas, Washington or Wyoming), our tool above will provide you with a very good estimate of your actual take-home pay. We'll note that both New Hampshire and Tennessee both tax dividend and interest income, which doesn't affect your paycheck, but might influence your withholding decisions.