Political Calculations
Unexpectedly Intriguing!
10 February 2014
With and Without the Echo

Depending upon how we account for the echo effect from the Fiscal Cliff Deal Rally of a year ago on our growth rate calculations, investors have either split their forward-looking focus between two future quarters or are largely focused on 2014-Q2 in setting stock prices today. Mind the notes in the margin of the chart below, and we'll discuss this seemingly confusing state of affairs in the Analyst Notes section below.... 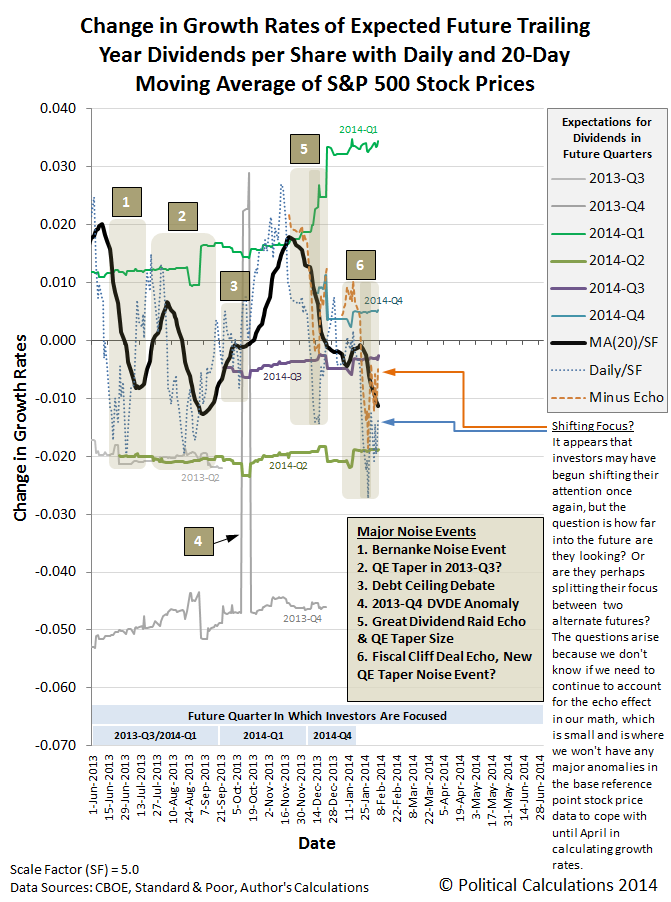 We're not joking when we indicate that we're do cutting edge analysis here at Political Calculations! Today's a good example, as we're working out, almost live, the methods we're developing to analyze the behavior of stock prices.

Having predicted and successfully accounted for the existence of the echo effect, where the noise generated by the "echo" of anomalies in the historic data we use as our base reference points in calculating the year over year growth rates of stock prices could otherwise obscure our ability to determine the future quarter to which investors have fixed their forward looking attention in making their investment decisions today, we now have a new dilemma: when do we really need to account for that factor?

It would make sense to account for it whenever we know that there is something anomalous in the historic data, which was the case with the one-year anniversary of the Great Dividend Raid Rally in late 2013, where if we didn't account for the effect, it would have instead appeared that stock prices would have entered a new, negative noise event, rather than have been largely focused upon the future defined by the expectations for future earnings in 2014-Q1.

But there isn't a similar historical shock in the historical data that corresponds to the Fiscal Cliff Deal Rally, whose anniversary period will continue into mid-April 2014. So are we getting any better insight into which future investors have focused by continuing to take the echo effect into account?

It's not so much a factor where anticipating stock prices is concerned. With the echo effect, it appears that stock prices are following a trajectory in-between the various alternate futures investors can select in setting their forward-looking focus. 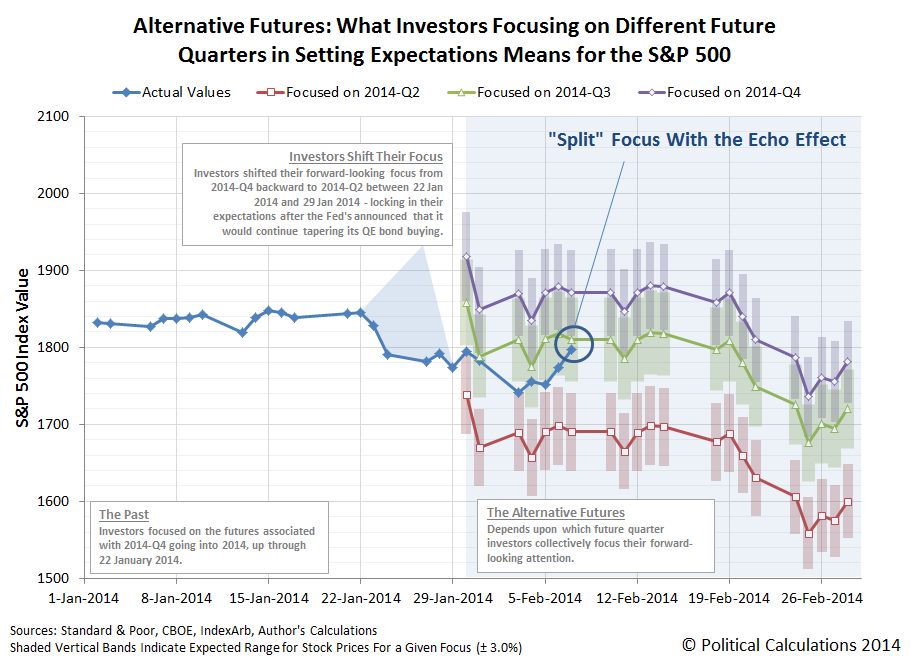 As long as the "split" between the focus upon future quarters is relatively stable, we could pretty easily anticipate how stock prices will behave. The math we do gets easier though if we can dispense with accounting for the echo effect. 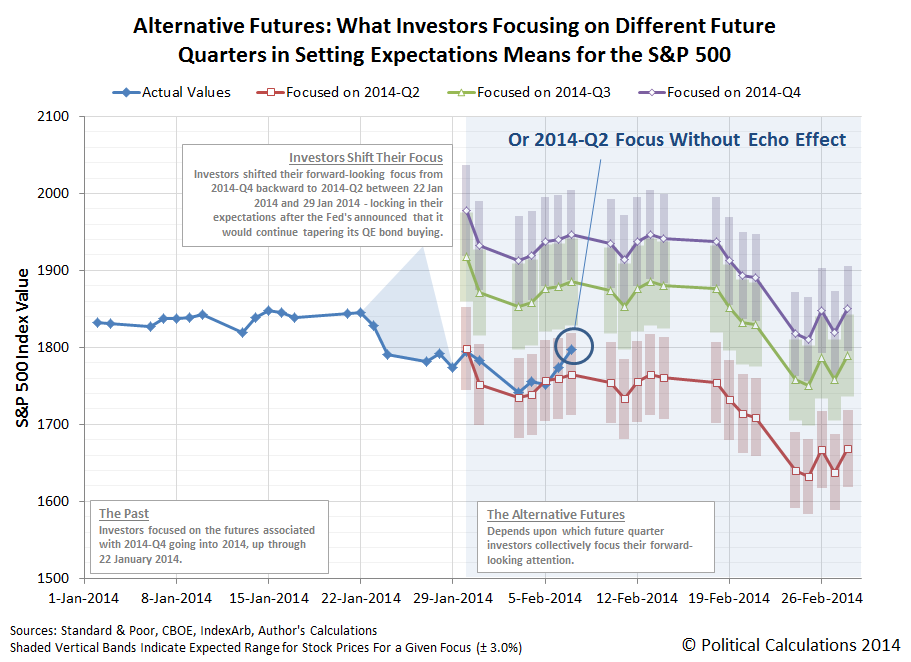 Without accounting for the echo effect, we could argue that investors have maintained their focus on 2014-Q2 in setting stock prices since shifting it from 2014-Q4 after 22 January 2014, with stock prices behaving consistently with that observation since.

Right now, we're leaning in favor of dispensing with accounting for the echo effect, except for when we know there's a major anomaly in the historic data that would skew how it appears stock prices are behaving by considerably more than the typical level of noise we observe in the data. Ultimately, we'll let the data decide what the best practice going forward might be.

For now, that means that we'll continue tracking both scenarios until we've developed a better understanding of the dynamics involved.

Thank goodness that what we do is only complex, which believe it or not, makes it simpler to understand. If what we do was complex and difficult, we probably wouldn't be at this point.