Now that the U.S. Census Bureau has finally posted the income data that it collected in January 2014 through the Current Population Survey (over a month late, the Bureau posted its data for February 2014 at the same time), we can now check in on the status of the second U.S. housing bubble. The chart below reveals what we find: 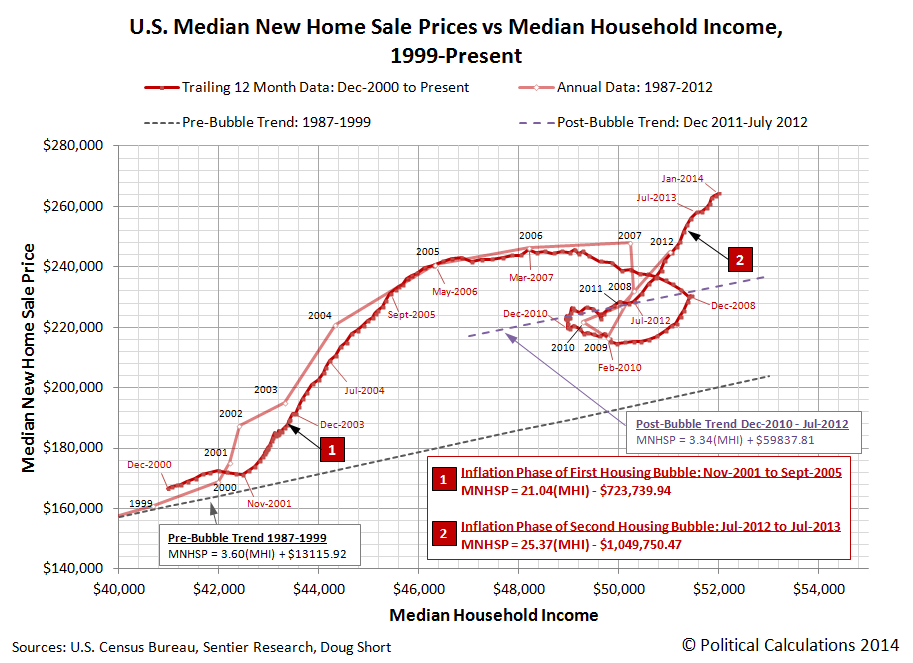 Here, we see that the second U.S. housing bubble continued to inflate through January 2014, although at a slower pace than it did during its initial phase, which ran from July 2012 through July 2013.

The pace of inflation would seem to affected by changes in U.S. mortgage rates, which spiked upward in mid-2013 as the Federal Reserve announced its decision to begin tapering its purchases of mortgage-backed securities and U.S. Treasuries, but which have since fluctuated between 4.3% and 4.5%.

That, of course, is the result of median new home sale prices being very much at the economic margin, which is the reason why we pay such close attention to them. 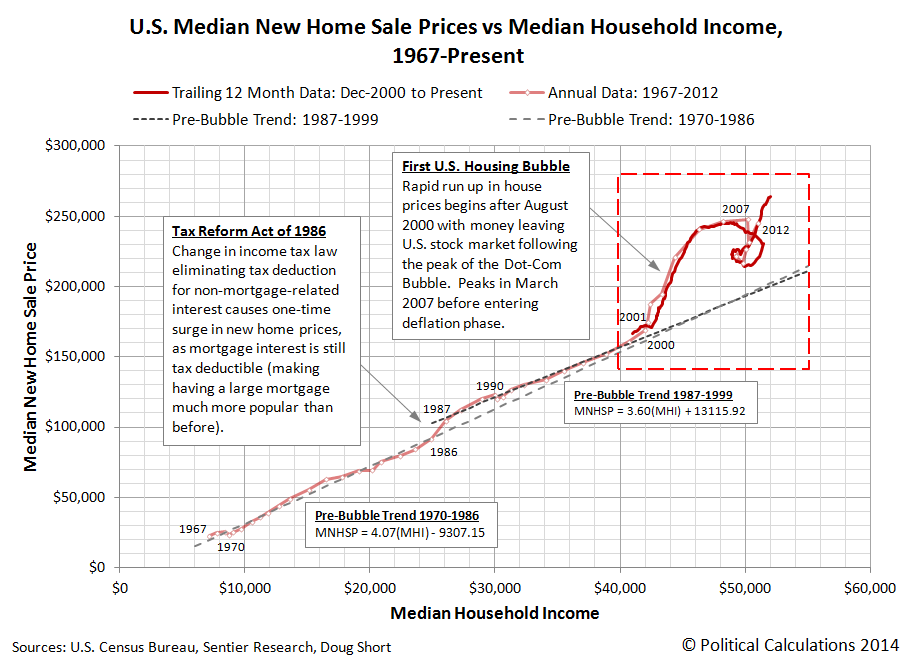 We don't yet know what level mortgage rates would have to reach to send the trend for median new home sales on a downward trajectory to begin deflating the second bubble. Given how apparently weak the U.S. housing market continues to be, we hope to not find out anytime soon.