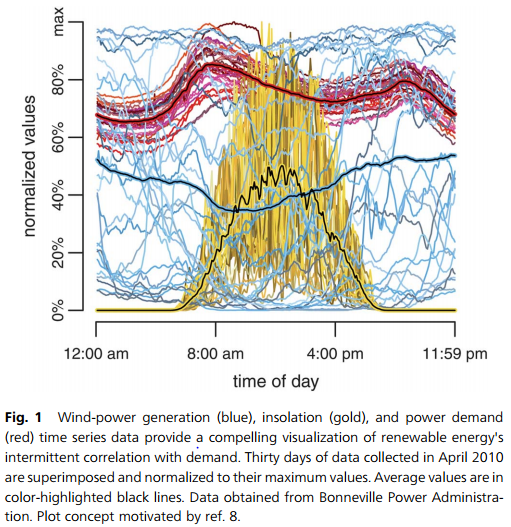 In our original analysis, we considered why wind energy producers are unlikely to ever become independent of government subsidies that currently sustain them and stand on their own as a reliable source of power for ordinary consumers.

But today, we're going beyond that, because we're going to directly address the single most important issue that will physically prevent wind energy producers from ever being more than a niche producer of energy consumed across the globe.

That single issue is the relative energy return on investment for wind energy with respect to the technologies that are needed to make operating wind farms a viable business proposition and a genuinely reliable source of energy for consumers.

Right now, wind energy producers have the problem that they can only generate power when the wind is blowing. That would be great for them if the wind would reliably blow the most at the times that consumers demand the most power, but unfortunately for wind producers, there is often a considerable mismatch between when their facilities produce the most power and when people actually need it.

That is evident from the image above, which shows the times that show when and how much power could have been produced by wind (blue) and solar (gold) energy on each day during a single month (April 2010) compared with when and how much power consumers actually demanded (red) on each of those days. In this chart, in which all the data is normalized to show its percentage of maximum energy production or demand, we observe that the normalized amount of wind energy produced is often well out of sync with the normalized power demands of consumers.

In fact, there are times when wind energy producers actually have to shut down their operations rather than to dump the power they produce onto the power grid at times when there is not enough demand for it. Here, if the wind power generating facilities are not shut down in these situations, they could negatively impact other, more reliable methods of energy production that cannot be arbitrarily shut down to compensate for the unnecessary surge of power, risking considerable disruption and damage to the power grid.

But if the power produced by wind energy could be stored however, that operational issue would go away. And that's where the matter of energy return on investment now comes into play.

To generate electricity using wind power, it doesn't take much of an energy investment to produce the equipment and things needed to generate quite a lot of power from wind. For every unit of energy that goes into the production of wind power, today's established technology generates, or returns, about 18 times that amount. Along with the large government subsidies made available to wind energy producers, which they require to be profitable, the relatively large energy output for energy input to create wind energy producing facilities is what has allowed the rapid growth of wind's share of U.S. energy generation over the last two decades.

As more and more renewables come online, large batteries have become more and more attractive as an energy storage option. But as with most developing technologies, they're often expensive, and thus Stanford's research focus.

The Stanford scientists examined the energy return on energy investment (EROI) ratios of using several technologies to store solar and wind energy. The EROI calculation is relatively simple – the amount of energy produced by a technology divided by the amount of energy required to build and maintain a storage system.

"Batteries with high energetic costs consume more fossil fuels and therefore release more carbon dioxide over their lifetime," said lead author Charles Barnhart. "If the battery's energetic cost is too high, its overall contribution to global warming could negate the environmental benefits of the wind or solar farm."

Based on this formula, many battery technologies may not provide a positive EROI when used for wind energy. "Both wind turbines and photovoltaics deliver more energy than it takes to build or maintain," said co-author Michael Dale. "The overall energetic cost of wind turbines is much lower than conventional solar panel."

That's a problem for wind power, because curtailment – shutting off the turbines when they’re generating too much power – only reduces EROI by 10%. "For wind farms, the energetic cost of curtailment is much lower than it is for batteries," said Dale. "It would actually be more energetically efficient to shut down a wind turbine than to store the surplus electricity it generates."

As for what technology might work to make storing energy produced by wind turbines both environmentally and economically desirable, Stanford's researchers identify one technology that exists today:

Pumped-hydro energy storage performs best of all the available options, providing an EROI 10 times better than conventional batteries, but with limited deployment options.

Basically, pumped-hydro energy storage would involve using surplus power produced by wind turbines to pump water uphill into to an elevated reservoir, where it could then be released back down through a water turbine to produce energy at the time its actually needed. 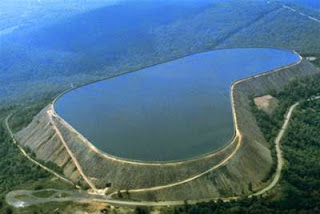 But in order to make this system work with wind energy would require that the pumped-hydro energy storage facility be located within the same region as the wind farms, requiring a source of water, like a river from which water might be obtained and later discharged from a reservoir positioned at a significant elevation above the water source, like a hollowed out mountaintop. To pull off that combination of features with viable wind energy production requires a lot of fortunately located geography, which is what really rules out this option for many wind farms, which are often located offshore at near sea level or on the relatively flat plains that coincide with relatively predictable winds over land.

The problem for wind energy producers then turns out to be somewhat of a paradox. Because it is too easy and environmentally clean to generate energy from the wind, almost every method that might be used to store that energy to make wind a more reliable source of power for utility consumers is too relatively wasteful to consider.

Curiously, that problem doesn't exist for the considerably more energy intensive option of producing power from solar power generating technologies. Because the technologies that might be employed to store power produced from solar use a similar level of energy as what it does to generate solar power, it is much more technologically and economically feasible to use these methods to store surplus solar power to be used when consumers actually demand it.

But for wind energy, those options just don't make much technological, environmental or economic sense. In the end, it's not politics that will prevent wind energy from ever becoming a reliable source of power for utility consumers. It's physics. 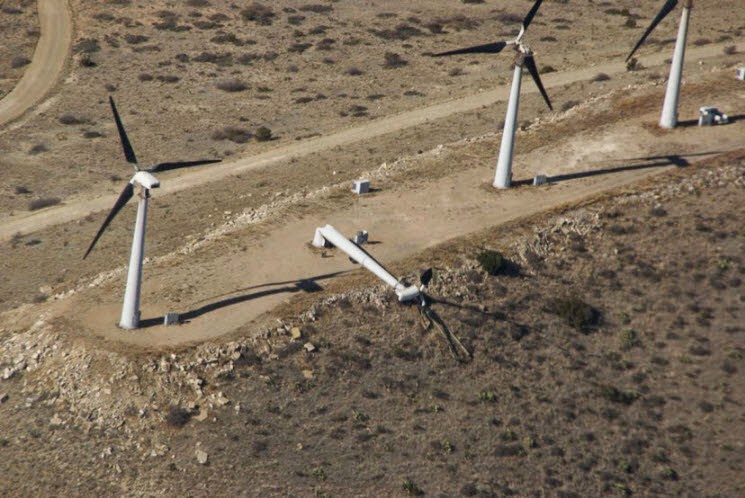