According to preliminary data released by the U.S. Census Bureau, for the second time in the past three months, the trailing twelve month average of new home sale prices declined.

In April 2014, the initially reported figure for the median new home sales price was $275,800, down from the revised figure of $281,700 in the previous month. More significantly, the trailing twelve month average of median new home sale prices, which allows us to minimize the effects of seasonality in the housing data, fell from $268,583 in March 2014 to $268,292 in April 2014. 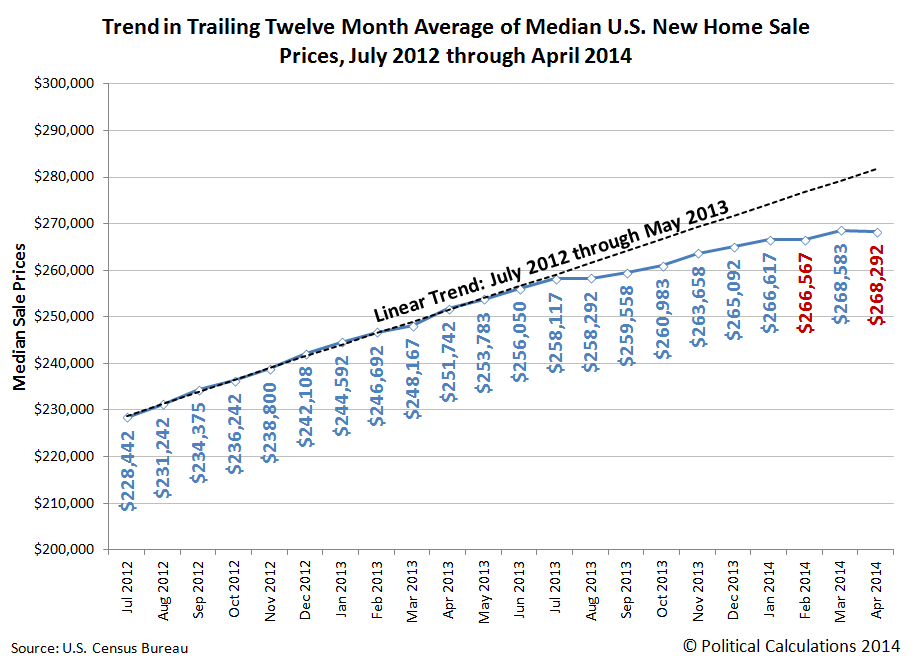 So what might that mean for the U.S. economy?

Historically, for the 605 months through April 2014 for which we have trailing twelve month data (or rather, from December 1963 through April 2014), there are 103 months in which the trailing year data for median new home sale prices fell from the preceding month. 42 of those months coincided with periods of outright economic contraction in the U.S.

According to the National Association of Home Builders, new housing construction (residential investment) typically makes up about 5% of GDP. Over the last four quarters, it has accounted for an average of 3.1% of the nation's GDP.