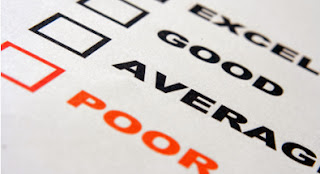 In January 2014, we raised concerns that Health Net, a Woodland Hills, California-based health insurer, had engaged in predatory pricing in the state of Arizona with the low quality health insurance policies it sold to the state's health insurance consumers through the federal government-run Affordable Care Act "marketplace".

That predatory pricing has harmed Arizona consumers in two ways. First, the company's plans featured extremely "narrow networks", sharply limiting the number of doctors and hospitals from whom consumers could obtain discounted health care, which subsequently turned out to be far more narrow than indicated by the information that the company provided to consumers on the federal government's ACA exchange. Beyond that, Health Net as been the target of numerous consumer complaints, as the company's staff frequently fails to process claims in a timely manner. The following complaint posted by "Fuchsia" of Prescott, Arizona on Consumer Affairs' web site on 16 May 2014 is representative of many of the complaints that the company's customers have filed against the insurer describing the low quality of service it is providing:

Health Net is either actively defrauding us or they are just too incompetent to live. Either way, they should be barred from selling ACA plans at the very least, and should probably not be allowed to operate at all. I echo all the other comments about how extremely frustrating it is to get straight answers from this company. EVERY time we call we get different answers. But even more frustrating is trying to get them to provide the services they have contracted to provide. I need to see out-of-network doctors for my particular health issue, which means I have to pay practitioners up-front and then submit the bills to Health Net.

So far I have submitted 11 claims and exactly 2 of them have been processed. It has been three months since I submitted some of these claims and they are supposed to process claims within 30 days. I know for a fact that they received some of these claims, because they were IN THE SAME ENVELOPE as the 2 claims they did process. It is obvious to me that they decided to stop processing my claims because I had reached my deductible and if they processed any more claims they would have to reimburse me.

It is not that they are denying my claims, they are completely ignoring my claims. I have submitted my claims two or three times and they have still not been processed. The customer service reps can never give me any information about why my claims are not being processed, they just tell me to resubmit. Health Net owes me about $1500 dollars. I need that money in order to pay for more health care. Given that, and given the amount of stress they have caused me, this so-called "health" insurance company is actually harming my health. I would gladly join a class-action lawsuit against this company.

The second way in which the company's predatory pricing is harming Arizona consumers is because of Health Net's role in setting the benchmark in the state for the amount of the Affordable Care Act's tax credit subsidies for which consumers are eligible. By undercutting its competitors by such a very large margin, Health Net succeeded in denying Arizona consumers the level of subsidies they might otherwise have received that would make the other company's higher quality health insurance offerings more affordable for the state's consumers purchasing health insurance through the Healthcare.gov web site.

According to the Arizona Republic, the combination of the company's very low health insurance prices and the very low subsidies for which Arizona's consumers were eligible thanks to Health Net's pricing strategy gave the company an extremely strong market position, as Health Net captured at least one out of four Arizona consumers who purchased health insurance through the state's ACA "marketplace".

But more significantly, we now have a strong indication that the company's health insurance plans were priced well below the company's cost of providing its "hallmark" level of low quality coverage:

The company that sold the least expensive and among the most popular Affordable Care Act health insurance plans in Arizona will raise the plan's average rates nearly 14 percent next year.

Health Net of Arizona wants to charge $31 more each month, bringing average monthly premiums to $256 for its HMO plan for individuals, according to paperwork the insurer filed with the Arizona Department of Insurance. The actual rates are based on a person's age, community and whether they use tobacco.

That's a very significant price hike - especially for plans that would have been the most affordable for very low income earners, who will likely have no alternative to paying the increase.

As the airline with the largest scope of operations at DFW, American has significant advantages over other competitors or potential competitors in DFW routes in attracting passengers and charging higher prices. This advantage has variously been called "origin point presence" advantage, "OPP" advantage, "origin point dominance" or "frequency dominance" by American, and has been described by American as follows: "a carrier which achieves substantial advantage over its competition in terms of frequency and scope of service at any airport, hub or spoke, . . . will invariably obtain a disproportionate share of the traffic and revenues for the flights originating at that airport."

Frequency dominance or origin point presence advantages are reinforced by marketing programs including frequent flyer programs and travel agent commission overrides. American's investment in establishing its DFW hub involved a large sunk investment, and another airline with similar cost structure would also have to make large investments to build a similar hub at DFW.

American generally enjoys higher margins where it does not face low fare competition. American's internal analyses recognize that fares and yields in Southwest and LCC-competitive markets are significantly lower than fares and yields where American does not compete with Southwest or other LCCs. Thus, American calculated that its revenue per available seat mile in DFW-ATL increased by 14% after the 1996 ValuJet crash caused that LCC to exit.

For Health Net, "origin point presence" would be analagous to the role it established as the dominant player in the only "marketplace" (or "hub") where Arizona consumers could purchase tax credit subsidy-eligible health insurance policies, where its market share is reinforced by the company's strategy of setting the benchmarks for the amount of tax credit subsidies available to consumers.

Meanwhile, two other health insurers in Arizona have filed paperwork indicating that they will be increasing their premiums during the next enrollment period. Here, Cigna is increasing its premiums by 14.4% and Humana is increasing its premiums by 25.5%. From a consumer standpoint, Humana's very large increase suggests that the company may be facing an issue with adverse selection and has entered into something of a death spiral where much sicker patients are specifically choosing it for access to their higher quality physician and hospital networks. Humana's very large premium increase would largely go to covering the much higher health care expenses of its pool of insured customers.

And so, we find that Health Net's strategy of using narrow networks and other perverse business strategies, such as providing deliberately poor customer service in processing claims for out-of-network coverage, effectively limits the ability of consumers to obtain higher quality health care is also predatory in effect. Health Net's strategy would appear to involve driving less healthy consumers away from its low quality coverage toward higher quality health insurance coverage instead, which in turn, creates an adverse selection situation at their competitors. That adverse selection issue then puts their competitors at an even greater competitive disadvantage, which if left unchecked, would ultimately push them out of the market.

None of this can end well for consumers.