Now that we have Sentier Research's report on median household income for the U.S. in April 2014, we're now able to update our charts showing the evolution of the second U.S. housing bubble as it has progressed through its inflation phase. Our first chart looks at the relationship between the trailing twelve month average of median new home sale prices and median household income since December 2000, which allows us to directly compare the second U.S. housing bubble with the first: 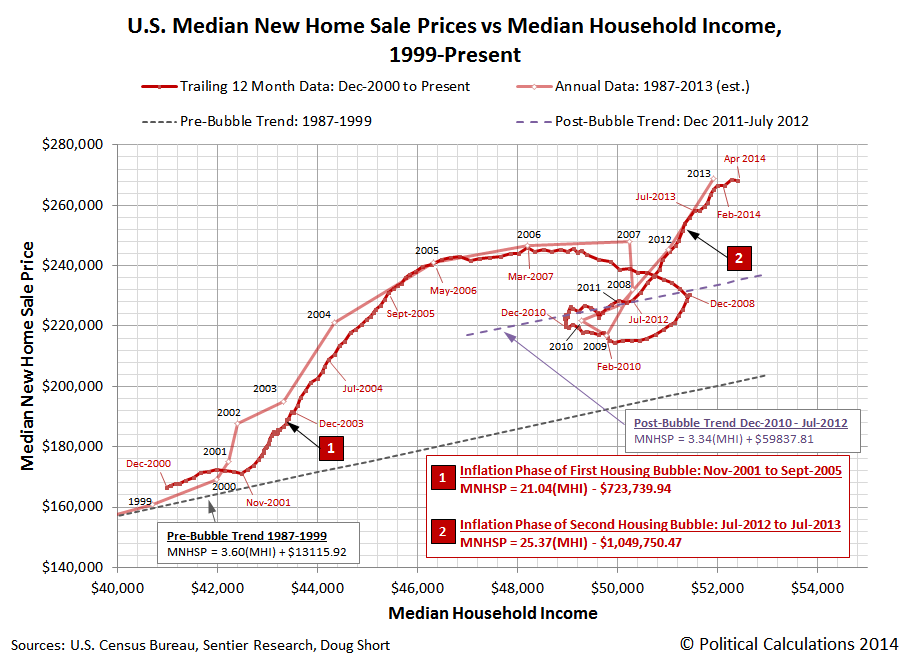 With the trailing twelve month average of median new home sale prices falling for the second time in three months, the data suggests that we are seeing the second U.S. housing bubble continue to go through a peaking process.

We should note that we don't necessarily expect the same kind of deflation process that followed the peaking of the first U.S. housing bubble. The April 2014 data indicated that while median new home sale prices fell, the quantity of new homes sold rose. That combination is somewhat healthier than the outright collapse in both sales and prices that defined the deflation phase of the first U.S. housing bubble.

To put the state of the bubble market into the historical context of what a non-bubble driven housing market looks like, our next chart expands the time frame of the first chart back to 1967, which corresponds to the oldest data directly published by the U.S. Census Bureau's on the median income earned by all U.S. households. 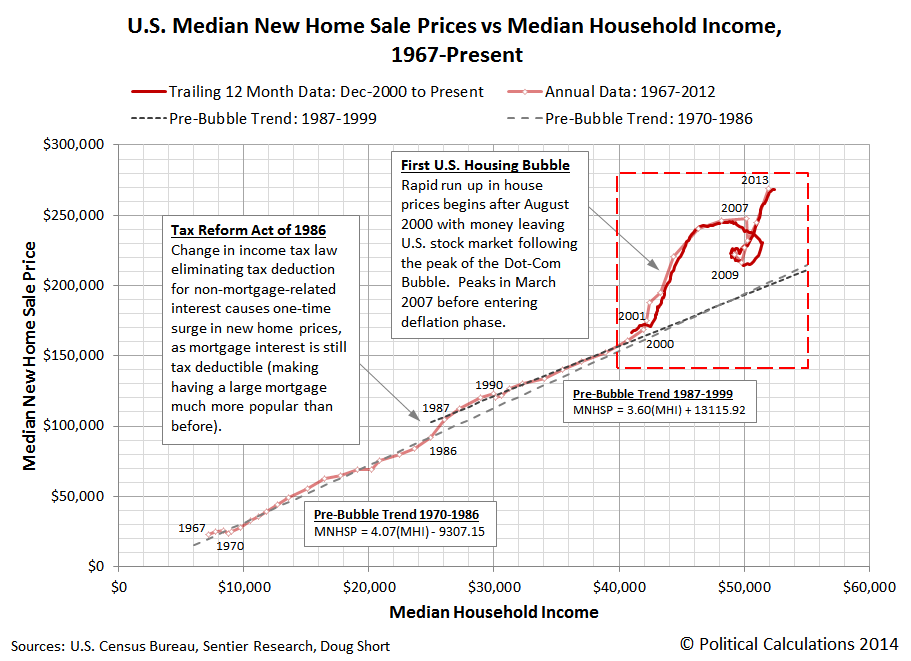 Our final chart goes back four years further in time, to December 1963, to capture the oldest data we have showing the trailing twelve month average of median new home sale prices since that time: 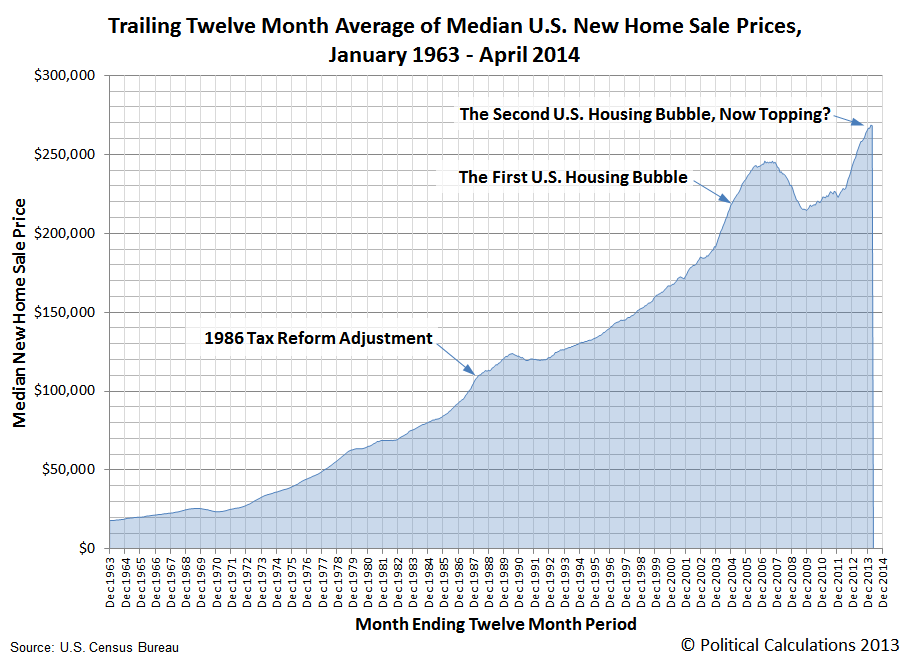 Sentier Research. Household Income Trends: April 2014. [PDF Document]. Accessed 30 May 2014. [Note: We have converted all the older inflation-adjusted values presented in this source to be in terms of their original, nominal values (a.k.a. "current U.S. dollars") for use in our charts, which means that we have a true apples-to-apples basis for pairing this data with the median new home sale price data reported by the U.S. Census Bureau.]