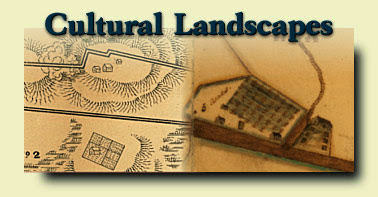 If you are a leader, the example you set means everything.

Because it is the people in charge who have the responsibility for setting the priorities for those who work for them and also for shaping the environment in which they will do so. It is the people in positions of leadership who, by their policies and example, provide both the official and unspoken guidance that the people who work for them will follow in determining how they will act. Even when the boss is away - the cultural landscape they establish remains in effect.

In business, it's called "corporate culture". And it plays a massive role in how successful an organization can be. Especially during times of adversity, when challenges can become overwhelming in the absence of a solid organizational culture that can deal with them in a coherent, competent fashion.

As a case study of how important that aspect of leadership is and how much it is missed when it is lacking, let's consider a day in 2014 when the news of the death of 295 people aboard a Malaysian Airlines 777 commercial airliner became known around 11:30 AM EDT and how U.S. President Barack Obama handled it.

Here, we observe a large degree of disengagement on the part of President Obama that day, particularly after the news of the tragedy had become widespread. The White House press pool traveling with President Obama on that fateful day offered the following tidbit nearly an hour and a half after the news first broke:

At approximately 12:50 pm, the motorcade stopped at the Charcoal Pit, a popular, established restaurant just north of Wilmington, Del. Known for its burgers and sundaes. Obama shook hands and mingled with many of the diners, stopping at one point to pick up seven-month old Jaidyn Oates, and pose for a photo.

He invoked Vice Presiident [sic] Biden’s name a few names, noting to some diners, “Me and Joe, we share shakes all the time,” and to others, “Biden told me the burgers are pretty good.”

Just before hugging another young girl, whose mother lifted her across the booth to hug the president, Obama asked, “Do you give good hugs?”

At 1:01 pm Obama declared, “I’m starving!” He sat down to eat with Tanei Benjamin, who wrote the president a year ago. The president ordered a 4-ounce “Pit special,” which is burger with fries. He asked for it to be done medium well, and to have lettuce and tomato. He also asked for a water with lemon.

About an hour after lunch, President Obama finally noted the tragedy, inserting the following comments in a planned speech:

President Barack Obama offered his first public comments on Thursday about the Malaysia Airlines plane that crashed over Ukraine, saying his first priority is to find out whether there were any Americans on board the flight.

“Obviously, the world is watching reports of a downed passenger jet near the Ukraine border,” Obama said in brief comments before a planned speech in Delaware. “And it looks like it may be a terrible tragedy.”

Right now, we’re working to determine whether there were American citizens on board. That is our first priority. And I directed my national security team to stay in close contact with the Ukrainian government,” Obama said. “The United States will offer any assistance we can to help determine what happened and why. And as a country, our thoughts and prayers are with all the families of the passengers, wherever they call home.”

For the sake of context, here's the video of President Obama's remarks so you can appreciate how disengaged President Obama's first comments on the tragic events of 17 July 2014 really were, as the President gave them before going on to say that "it is great to be in the state that gave us Joe Biden":

Meanwhile, it was confirmed very early after the incident occurred that the lives of Americans had been claimed in the crash. In fact, the first reports of that fact were breaking at the same time President Obama was stopping for lunch, even though it would be some time for the exact number and their names were known.

But wait! Weren't there responsible people back at the White House to whom the President might have delegated the task of keeping up on tragic events as they occur? While President Obama's initial reaction was oddly disconnected, surely there were others that President Obama had placed into positions of authority who were on top of what the the President truly needed them to be doing.

Well, judge for yourself - our site saw the following site traffic at 9:08 AM PDT, or rather, 12:08 PM EDT, shortly after more extended news reports of the downing of the Malaysian 777 were hitting the airwaves:

Amazing the priorities that some have when commercial jetliners are shot down from the sky.

That odd level of extreme disengagement was also observed at other government agencies, including the State Department:

President Barack Obama is setting a very bad example of leadership. And it's showing all across the executive branch of the U.S. federal government.