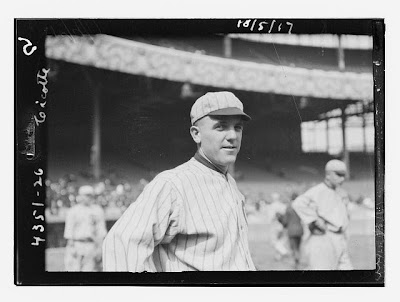 We came across the results of a unique experiment that was conducted nearly 100 years ago that answers the question, where a predefined level of income inequality was strictly enforced upon a small group of individual laborers with an outcome that permanently affected not just their jobs but also a national institution.

The experiment was unknowingly conducted by the professional baseball team owner Charles Comiskey, who after assembling "the best team money could buy", ultimately produced the most significant act of corruption in American sports history as a direct result of his strict enforcement of a policy of income equality upon his players regardless of their talent or individual contributions to the team's success: the Chicago Black Sox Scandal, in which a number of players on the 1919 Chicago White Sox deliberately lost the 1919 World Series to the Cincinnati Reds in return for payoffs from professional gamblers looking to gain from advance knowledge of the outcome.

Bruce Lowitt describes how the equality of income imposed by Charles Comiskey actually generated the worst possible outcome for everyone involved:

There was good reason the Sox were susceptible to the lure of quick money. They were among the American League's best players but Charles Comiskey paid most of them no more than the worst. The promised bonus for winning the 1917 pennant was a case of cheap champagne. Before the 1919 season, Comiskey promised Cicotte an extra $10,000 if he won 30 games. When Cicotte reached 29, Comiskey benched him. Player resentment was rampant.

Here, we see a prime example of the extreme penalty that Comiskey imposed upon one of his star players, pitcher Eddie Cicotte, to ensure that he would not ever be paid any more than any other player on the team, as Comiskey effectively imposed a 100% marginal income tax upon Cicotte as he came too close to becoming too successful in Comiskey's eyes.

What happened in response to that event would ultimately and permanently change America's national pastime as that achievement in preventing an increase in income inequality inspired acts of extreme corruption by eight players on the team, who wanted to have their pay reflect their real relative level of productivity and contribution to the team's success. And by "extreme corruption", we're not kidding. They threw the World Series, deliberately losing to the Cincinnati Reds in return for payoffs from professional gamblers. 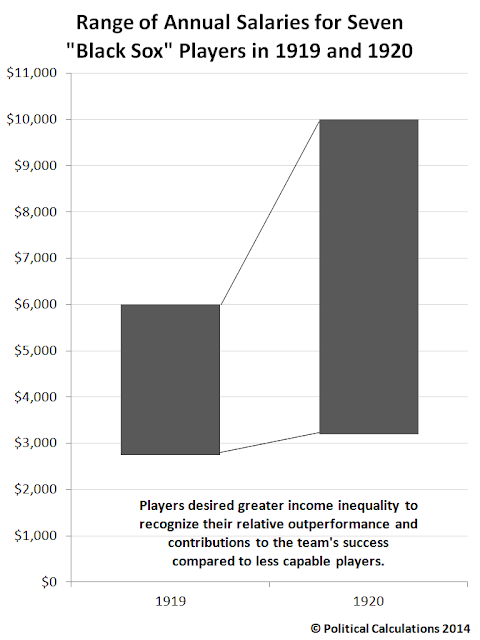 But what's really curious is what happened after the World Series ended, because it was some time before the scandal was sorted out. Here, seven of the players involved in the scandal were signed to new contracts with the White Sox to play for the team in 1920, the year after the scandal, where they received anywhere from a 21% to a 100% increase in their previous year's salaries.

That's an especially curious thing because it is clear that Charles Comiskey was aware that the seven players had very likely deliberately lost the 1919 World Series before the contracts were negotiated. He could have refused to negotiate with the players suspected of corruption, but instead, he recognized that his previous policy for more equalized player pay was an abject failure and gave in to the greater level of income inequality demanded by the players in return for their real contributions to the team's success.

The Chicago White Sox went on to finish second in the American League in 1920, as the team's hitting and pitching was strong, finishing just two games behind the Cleveland Indians who had a stellar year. Increasing the income inequality among the team's players did not harm their performance as they achieved honest success - even winning eight more games than they had in the 1919 season (the 1920 season was 14 games longer than the 1919 season).

That's the benefit of increasing income inequality - a more honest system for rewarding the real contributions of the most productive members of a society. The penalties imposed by a system that rigorously imposes equality will almost invariably lead to corruption.

After the 1920 season, the news of the scandal broke break wide open, with the ultimate outcome that the eight Chicago White Sox players who had participated in the conspiracy to deliberately lose the 1919 World Series were banned from the sport of baseball for life, as the league's new, indepedent commissioner took actions to eliminate the potential influence that gambling could have in order to boost the sport's integrity.

But that is a whole separate issue from what really caused the scandal!