Political Calculations
Unexpectedly Intriguing!
January 13, 2015
The Employment Situation for Teens, Young Adults and Other Americans After Seven Years of Recession

This is the last time that we're going to feature an updated version of the following chart, showing the change in the number of employed Americans by age group since the level of total employment peaked in the U.S. just ahead of the so-called Great Recession. 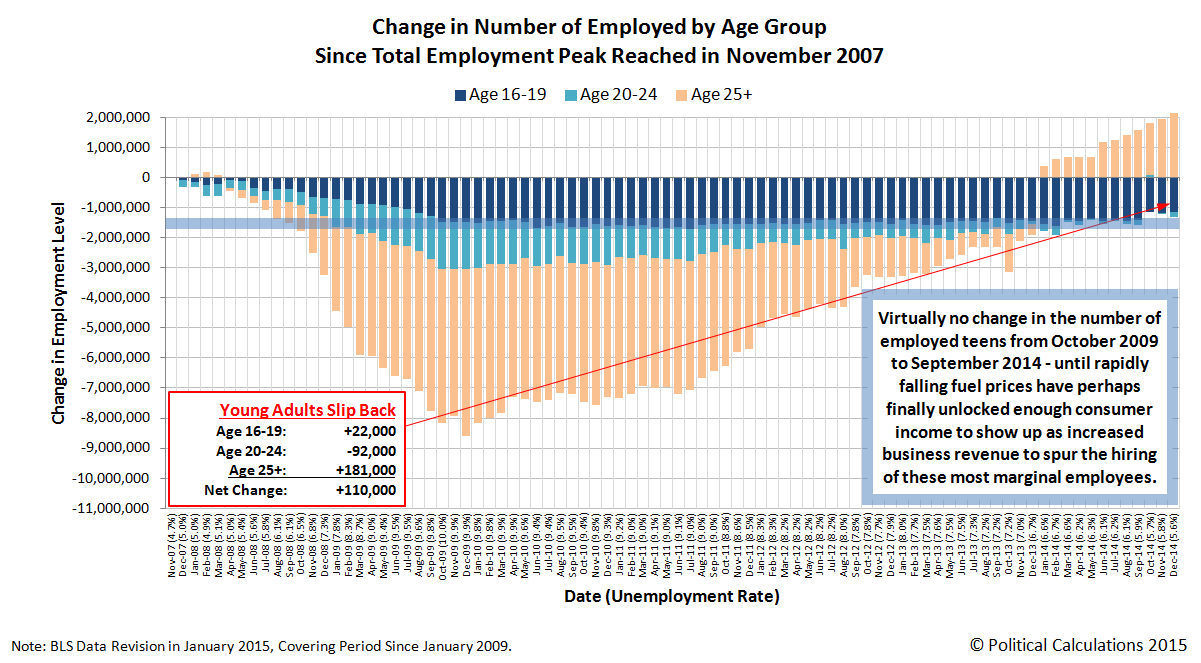 Looking at the present employment situation for teens and young adults, we find that there hasn't been any meaningful improvement in their employment prospects since October 2014. Meanwhile, U.S. adults have continued to gain jobs. The number of employed teens has held at a level that is 1.15 million below their November 2007 level, while the number of employed young adults has just dropped back underwater after having briefly risen above it.

Meanwhile, the state of California imposed a very large hike in its minimum wage in July 2014. Unlike nearly all other states, teens in California have seen no improvement in their employment figures as a result of the entire U.S. economy being stimulated from falling oil prices.

It shouldn't take an economic detective to point out the obvious, but apparently, it does, because some people still haven't learned anything over all these years.