Political Calculations
Unexpectedly Intriguing!
15 April 2015
How Many Pages Does It Take To Explain the U.S. Tax Code in 2015?

Wolters Kluwer, the publishers of the CCH Standard Federal Tax Reporter, a leading publication for tax professionals that summarizes the administrative guidance and judicial decisions issued under each section of the U.S. tax code, has the answer, which they visualized as part of their Whole Ball of Tax for 2014: 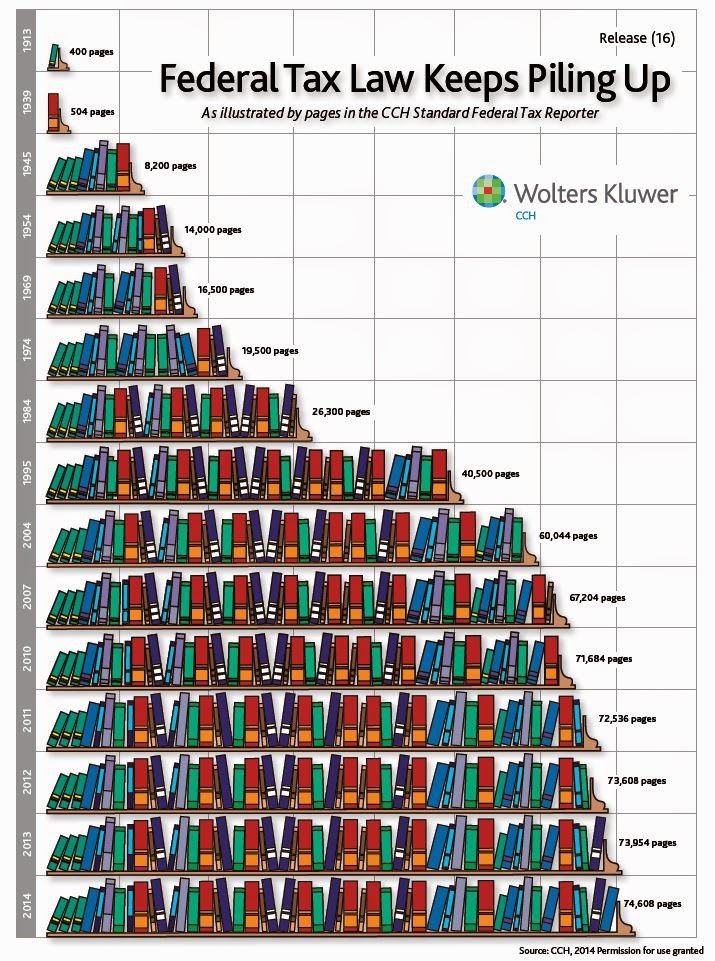 Through the 2014 tax year, the one for which people are either filing their income tax returns or are requesting extensions for on or by this 15 April 2015, it takes 74,608 pages to explain the U.S. tax code to the tax professionals who understand it the most, or rather, about 10 feet of shelf space for the printed version!

In 2008, the IRS itself reported that the physical version of the CCH Standard Federal Tax Reporter took up 9 feet of shelf space, when it was just 67,506 pages long.

Doing the math, that means that the U.S. tax code has been growing at an average rate of about 2 inches a year. About the same as an average human child from Age 5 up until they hit puberty!

Meanwhile, for those who have finished filling out their IRS Form 1040s and have gotten them in the mail, here's a tool where you can find your percentile ranking within the U.S. income spectrum!