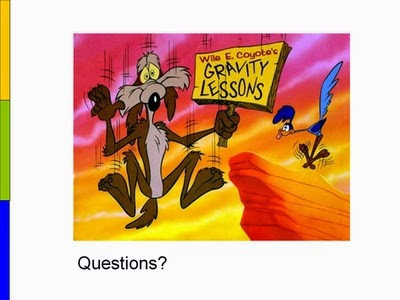 When it comes to its national debt, how much ruin is there in a nation?

Our question about the amount of ruin in a nation actually traces back to the surrender of British troops under the command of John Burgoyne at the Battle of Saratoga in October 1777 during the American Revolution, when a contemporary of Adam Smith lamented that the nation was ruined, to which Smith replied "There is a great deal of ruin in a nation."

But can we quantify how much ruin that might be?

That question is immediately relevant today because of the reaction of global stock markets to the news that the heavily indebted nation of Greece was much closer to the edge of a fiscal precipice than had previously been understood, where the Greek government is now scraping the "bottom of the barrel" in hunting for "cash to stay afloat" as it seeks to make promised payments to its creditors.

Thanks to Louis Woodhill, we have the math to be able to quantify how much debt a nation can afford to accumulate before it might reach the point of its ruin, based upon its inflation-adjusted, real economic growth prospects, how much it costs for it to borrow in real terms, how much of its GDP its government is capable of collecting through taxes, fees and other revenue-generating schemes, and also how much of its revenue it is able to devote to making debt payments.

The final factor is the time horizon, which represents the number of years over which a government's creditors would be satisfied to receive interest payments at all, regardless of whether any the principal for the amount they loaned is ever paid down. Here, Woodhill suggests that 1,000 years is a reasonable proxy for representing an infinite time horizon for the term of the loan to a nation's government.

The default numbers however aren't those for Greece. We've instead used data for the United States as projected by the Congressional Budget Office in its 2014 Long Term Budget Outlook from July 2014 in its appendix covering its very long term assumptions for economic variables after 2024. If you're accessing this post on a site that republishes our RSS news feed, you can access the tool directly at our site.

With these projections, the debt capacity of the United States is 395.1% of its current day GDP. That compares to the nation's debt to GDP ratio of 102.4% at the end of 2014. The margin between these two percentages goes a long way toward explaining why U.S. Treasury yields, the interest rates the U.S. government must pay on the debt securities it has issued, are so low as compared to those that Greece must pay its creditors.

Speaking of which, Woodhill has provided the following historical data since 1995 to help explain why Greece's increasing national debt has pushed that nation to where it finds itself now at the edge of the precipice of fiscal ruin, and would even if it only were required to pay the same rate of interest on its debt as does the United States.

Plug these numbers into our tool to see what we mean!

How Greece Got There, or Rather, Previously on Political Calculations