The Centers for Medicare and Medicaid Services released their Affordable Care Act enrollment data as of 31 March 2015 yesterday. Our first chart below reveals the number of Americans who had enrolled in the various "metal" plans as through the official end of Obamacare's 2015 enrollment period (but not the program's emergency extended enrollment period, which ended 30 April 2015). The national level data is visualized in the chart below: 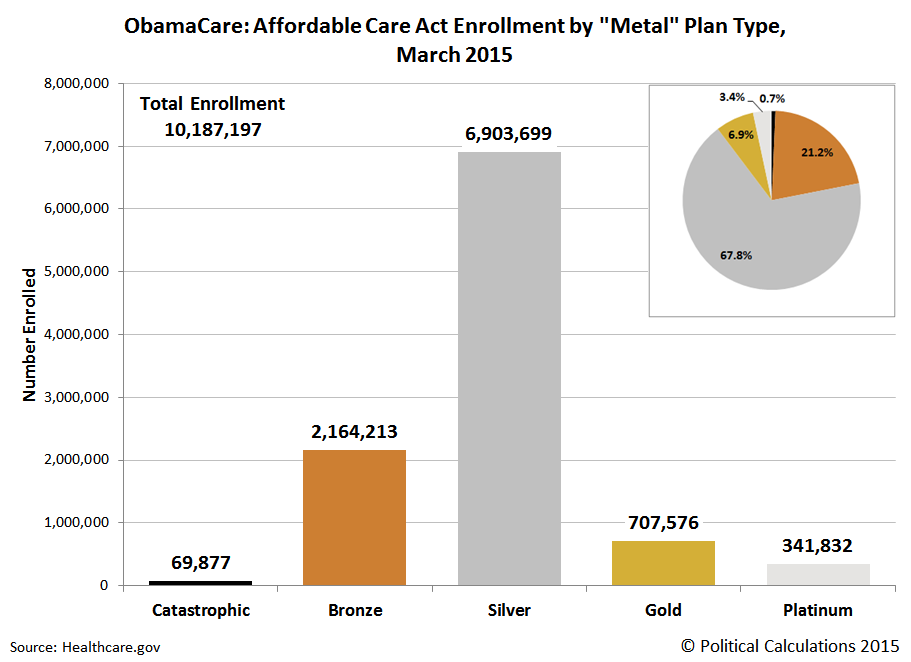 We've begun to dig deeper into the data release, and we think we've found evidence of an adverse selection problem in a number of states that share a clearly defined characteristic, the data for which we're still analyzing and will present sometime in the next week.

In the meantime, if you'd like to get ahead of the curve, please see our previous article: Obamacare: The Personal Finance of Adverse Selection from over a year ago, in which we described how and why such a problem was likely to develop for Obamacare's health insurers.