We're seeing something of a disconnect in the dividend data we track. First, according to Standard & Poor's Monthly Dividend Action Report [Excel Spreadsheet], the relative health of the private sector of the U.S. economy declined back to contractionary levels in June 2015 after having dropped below that level in the preceding two months: 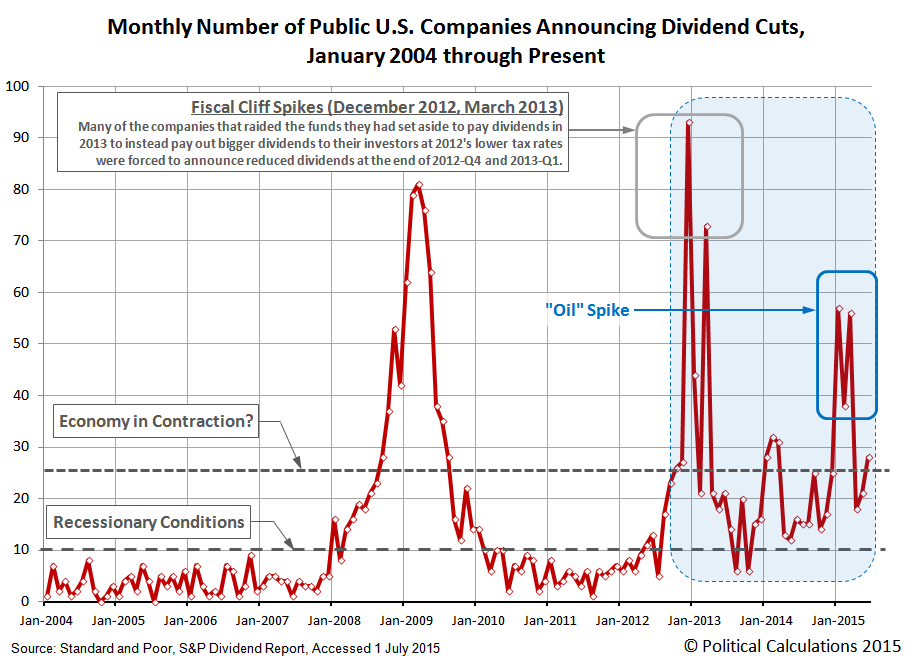 S&P's dividend report came as something of a surprise to us because the real-time dividend cut announcements that we track from Seeking Alpha's Market Currents and the Wall Street Journal's Dividend Declarations reports indicated that only 10 U.S. firms announced dividend cuts during June 2015, making it the best month in 2015 by far. 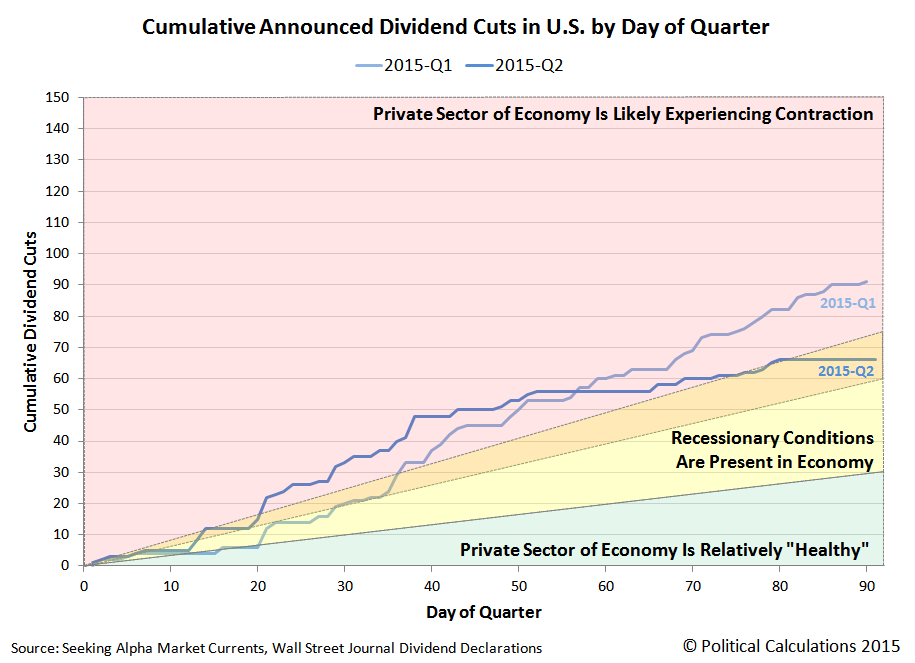 So we're definitely getting a mixed picture of the state of the U.S. economy from the available data on dividend cuts.

Going by the latter chart, the data suggests that the economy in 2015-Q2 generally improved after a rough April, which to us suggests that economic growth for the quarter is likely to be reported as a positive value, improving from a sluggish-to-slow level of growth to a slow-to-moderate level by the end of the quarter. We would not be surprised if we see a real growth rate similar to what was recorded in 2014-Q4.