How much did it cost the producer of the goods you see for sale at a retailer to actually make those goods?

The answer is "it depends," and what the real answer depends upon is how much of a markup has been put on the goods at each step of their journey as they have gone from the producer to the store where you can buy it.

Let's start with the producer. Here, the starting point for determining what will be the retail price of the good is their cost to produce it. They will then add a markup to that basic cost, which not only includes their profit margin, but also includes a safety margin beyond their profit target, which helps cover their costs of keeping their business going if their sales have some degree of volatility to them or if they are cyclical, where sales swing from good to not good and back again with the passage of time.

As a general rule of thumb, a producer will double the cost of producing the good in their markup to trade buyer or retailer, where the result of this math represents the wholesale price of the good. Goods that have high production costs though will often have a multiple between 1.5 and 2 as their markup, given the higher values involved. 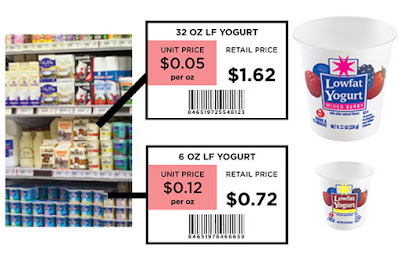 The retailer will then apply another markup to the goods they buy from producers based on the wholesale price, which in addition to their profit and safety margin, covers their other costs of doing business, such as rent, insurance, taxes, utilities, staff, and so on.

The size of that markup will often fall between 2-1/2 to 3 times the wholesale price of the good, and the result of that math is called the retail price.

Now, here's where it gets interesting. In order for a product to be successful, that markup math has to work both forwards and backwards.

By backwards, we're referring to the situation where the good is being sold in a competitive marketplace, where the actual price that the good will sell at is set not by the producers, wholesalers and retailers, but by the market, where the price that customers are willing to pay for it may not leave enough of a profit and safety margin for the producers and retailers to justify continuing their efforts to produce and sell it.

Our latest tool is designed to estimate what the production cost that works with these typical markups where, if that turns out to be less than a producer's actual cost to make a good, would be an indication that they shouldn't make it. Our default numbers are those for Campbell's Condensed Tomato Soup, circa 1897-1898....

And if you're reading this article on a site that republishes our RSS news feed, click here to access a working version of this tool!

Although we've set the default results to only display the results to two decimal places, for our default example using the original prices of Campbell's Condensed Tomato Soup, we find that the wholesale price rounds down from 3.3 cents per can, which in turn, means that the cost to produce a single can would have had to be about 1.7 cents per can.

Coincidentally, that figure would also very likely be the company's maximum profit per can back in 1897 and 1898, which is a result that we'll revisit in the near future as we continue our series into the history of the price for Campbell's Condensed Tomato Soup.

But the reason we create tools like this is so that you can use them to do the math that applies for you. Try it with the retail prices and markups of the products that you want to estimate how much it really cost to produce!