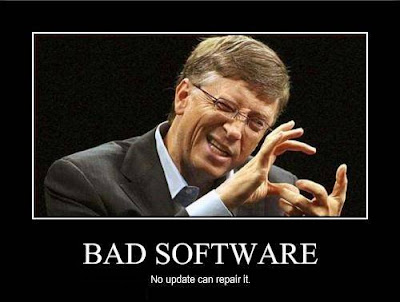 Earlier this year, we broke the news that the Apollo Education Group (NASDAQ: APOL), the parent company of the University of Phoenix, had suffered a major setback with respect to its strategic plan to become a major provider of educational software.

The setback is related to the Adaptive Math Practice instruction software that was developed by the Apollo Group's Carnegie Learning division, which is based upon its Cognitive Tutor software.

The e-mail described the benefits of no longer using the Carnegie Learning-developed software in describing the transition plans away from it, which had begun in January 2015:

In January, we began transitioning from Adaptive Math Practice (AMP) to My Math Lab (MML) with two courses: MTH/208 (in January) and MTH/209 (in February). This decision was made primarily due to all of your valuable feedback from Content Area Meetings, SEOCS, FEOCS, and personal emails.

In replacing Carnegie Learning's Adaptive Math Practice software with Pearson Education's My Math Lab product, the University of Phoenix is sending the market a very clear message about the value it places on the products developed by its sister division within the Apollo Group.

That setback for the Apollo Group's strategic plans with respect to becoming a developer and provider of advanced education software products were indirectly referenced during the company's 2015-Q3 Results Earnings Conference Call, during which Apollo Group CEO Greg Capelli made the following statement:

We plan to move away from certain proprietary and legacy IT systems to more efficiently meet student and organizational needs over time. This means transitioning an increased portion of our technology portfolio to commercial software providers, allowing us to focus more of our time and investment on educating and student outcomes. While Apollo was among the first to design an online classroom and supporting system, in today's world it's simply not as efficient to continue to support complicated, custom-designed systems particularly with the newer quality systems we have more recently found with of the self providers that now exist within the marketplace. This is expected to reduce costs over the long term, increase operational efficiency and effectiveness while still very much supporting a strong student experience.

What Apollo Group CEO Greg Capelli describes here is directly in line with the actions announced by University of Phoenix executive dean Constance St. Germain earlier in the year - the Apollo Group sees no advantage in sustaining its own proprietary education software at its academic institutions.

This is not to say that all of Carnegie Learning's products are completely worthless. The U.S. Department of Education's Institute of Education Sciences reports that it has had mixed results with Carnegie Learning's Cognitive Tutor system with respect to mathematics achievement for high school students, while that software has also been recently approved for use in Texas and Florida high schools.

Beyond that, Carnegie Learning recently marketed its products at a June 2015 conference in Spain, which suggests that it sees opportunities in foreign education markets.

But in terms of making sales, Carnegie Learning's sister divisions within the Apollo Group have made that task much more difficult as the failure of Carnegie Learning's Adaptive Math Practice system to be successfully implemented at the University of Phoenix represents a major strike against the division and its products.

The Apollo Group had acquired Carnegie Learning for $75 million in September 2011. The acquisition was an integral part of the Apollo Group's billion dollar bet on its development of an adaptive learning platform, part of its internally developed "Learning Genome Project", in which it would seek to personalize the learning experience of the students enrolled in its classes, which it was counting upon to preserve and build its student enrollment.

That is increasingly looking like a billion dollar bet gone bad.