Now that stock prices are once again reaching near the levels where they peaked before they crashed back on 20 August 2015, a lot of people are wondering if the U.S. stock market has gotten back to normal.

That supposes that anyone has some idea of what normal might look like for stock prices. As it happens, we do, provided that we define "normal" as being consistent with the trend in U.S. stock prices with respect to their trailing year dividends per share that existed prior to order breaking down in the stock market, because we could at least use the tools of statistical analysis to describe the variation of stock prices about that trend. 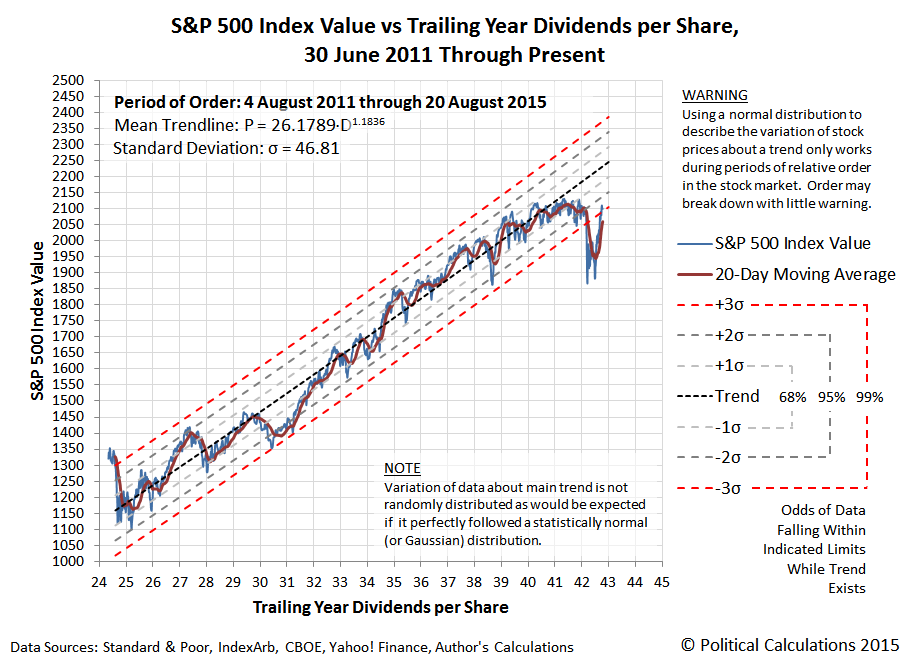 What we find is that given the level of trailing year dividends per share that we're on track to hit in the fourth quarter of 2015, the value of the S&P 500 would have to be over 150 points higher than it is now to be considered to be back on that track.

Of course, we should acknowledge that the variation in stock prices really isn't well described by a Gaussian, or "normal" distribution. The variation with respect to the central trend is really a lot more consistent with the kind of Lévy distribution that goes along with stock prices traveling a quantum random walk.

Rather like the blue-dashed bell curve shown in the diagram comparing the Lévy distribution with Cauchy and Gaussian "normal" bell curves below, as extracted from Greg Randall's lectures at MIT back in 2003: 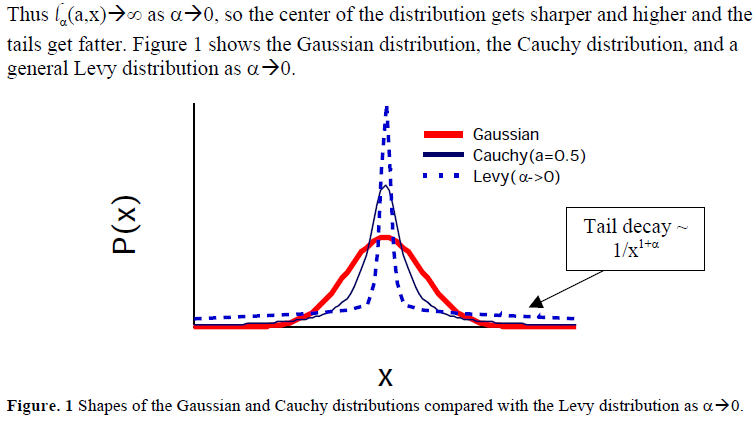 But the bottom line is that stock prices are not "back to normal". Mainly because they're not really normal to begin with!