The caption from the chart below:

After briefly looking at 2016-Q2 on Tuesday, 1 December 2015, after news indicating that the U.S. economy is slowing broke and investors speculated that news would delay a Fed rate hike, Fed Chair Janet Yellen effectively grabbed investors by the scruffs of their necks and forced them to focus on 2015-Q4 instead. 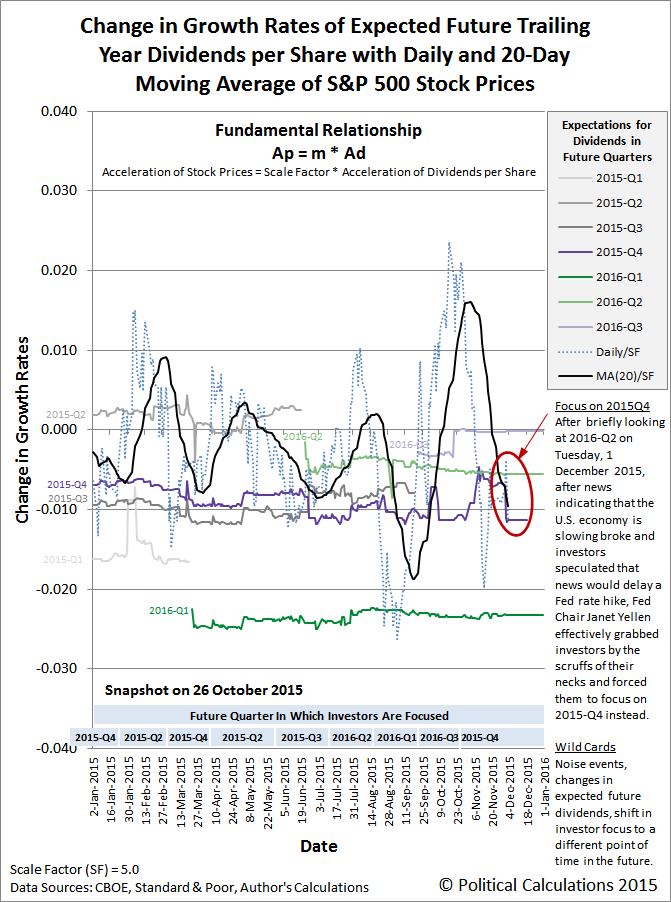 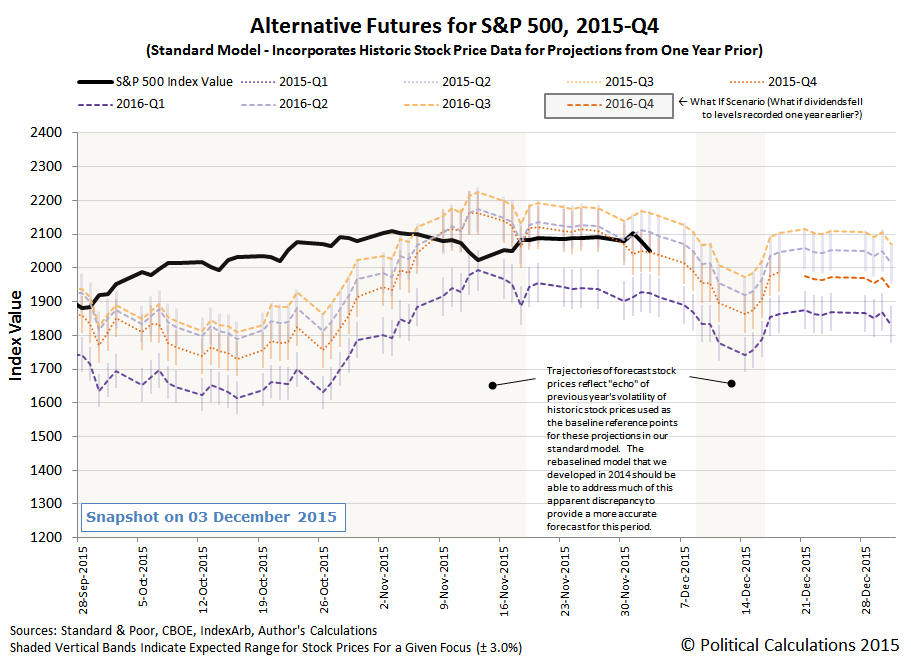 The interesting thing is that the expectations for 2015-Q4's dividends per share deteriorated over the same time, falling by 18 cents per share, yet stock prices still behaved just as our model would predict as they took their quantum random walk over the last several days, almost perfectly converging with where our model's projected trajectory for 2015-Q4 moved over that same time.

That's largely because we are currently in a period where we have optimal conditions for producing this kind of forecast, with minimal noise to distract investors (indicated by the unshaded regions in our chart above).

Now, if you want to use our model to directly forecast where stock prices will go next, you really only need to anticipate the timing of news that would either prompt investors to once again shift their forward-looking focus from where it is now to a different point of time in the future, or that might alter their expectations for the fundamental driver for U.S. stock prices (their underlying dividends per share) at the future point of time they might focus upon.

If you can do that, you might be able to show Janet Yellen who's really in charge of the U.S. stock market.