That's certainly clear from our cumulative announced dividend cuts by day of quarter chart, where we see that a late surge in 2015-Q4 nearly overtook the first quarter as being the worst of the year. 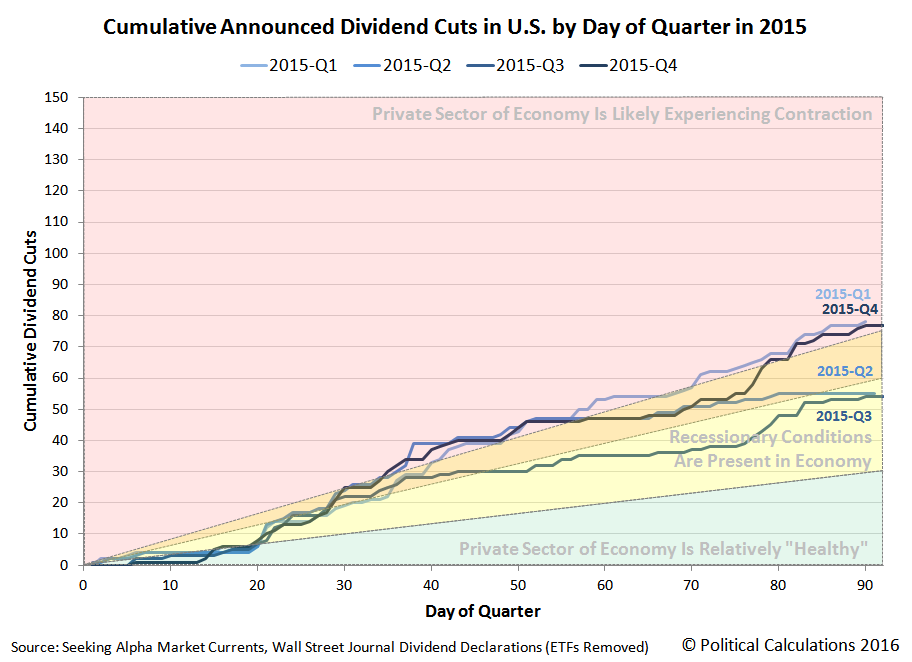 Our sharp-eyed readers will immediately recognize that this chart is considerably different from the version we last featured on 22 December 2015, when we recognized that dividend cuts in 2015-Q4 had reached levels that are consistent with some degree of contraction occurring within the U.S. economy, particularly for the data for the first and second quarters of 2015.

To compensate for that effect, we reviewed all the announced dividend cuts for these quarters to remove the cuts announced by the ETFs, with the results presented above.

With that having been done, we also went back into our two data sources (listed below) to tap all the dividend cut data available for the fourth quarter of 2014, so we could do a more complete comparison between that year-ago period with the just completed fourth quarter of 2015. Our results are visually presented below: 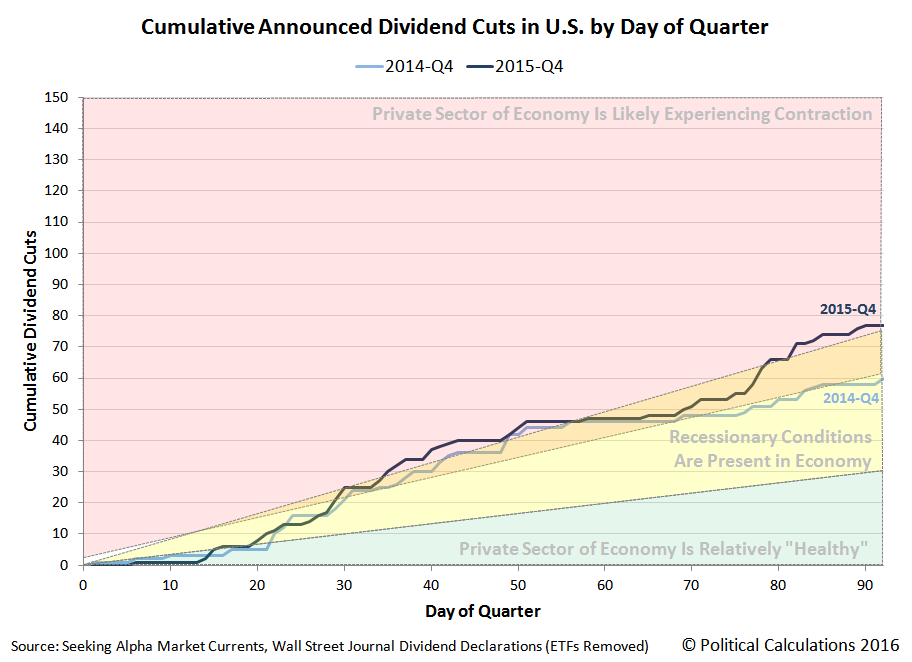 Here we find that the two quarters followed nearly identical tracks all the way up to the third week of December in each year. But 2015-Q4 took a turn for the worse, ending the year in contractionary territory.

Tomorrow, we'll hopefully be able to check in with Standard and Poor's count of the number of dividend cutting firms in the U.S. through the month of December, as that data wasn't yet available on 4 January 2015.