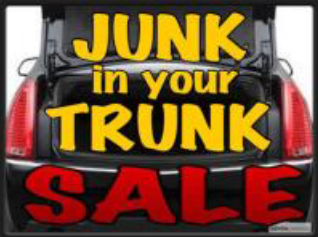 Yesterday, the news broke that the Apollo Education Group (NASDAQ: APOL) has successfully negotiated the sale of itself to a group of private investors. Once approved, the $1.1 billion sale of the Apollo Education Group to the Vistria Group, which is affiliated with Apollo Global Management (NYSE: APO), and the private investment firm Najafi Companies would be expected to be closed in August 2016, just ahead of the education company's academic year..

What won't be part of the sale is the Apollo Group's Carnegie Learning division, which we've previously described as "damaged goods", where we had concluded our previous analysis of the division as follows (emphasis added):

Any potential buyer for Carnegie Learning can expect that the University of Phoenix will not be a customer for the division's products. The Apollo Group recorded a $13 million write off for "certain Carnegie Learning technology intangibles that were no longer being used. The associated technology had been incorporated into University of Phoenix’s academic platform and as a result of the University ceasing use of the technology, no future cash flows associated with the technology were expected over its remaining useful life."

That's a major vote of no confidence in Carnegie Learning's products. Especially from an education institution that has so thoroughly degraded its academic standards for evaluating student performance in math so much, especially as compared to other institutions.

From a business perspective, the failure of Carnegie Learning's math curricula products at the University of Phoenix would suggest that if a sale is made, it will be at an extreme discount with respect to the $75 million price that the Apollo Education Group paid in acquiring the operation.

We suspect however that the more likely disposition for Carnegie Learning will be for its remaining assets to be unloaded to multiple buyers as part of the division's outright liquidation, as they will prove to be worth more than its future prospects as an ongoing business.

We were wrong about two things in the sections of the above passage that we highlighted. First, we were wrong that the Apollo Education Group's purchase price of Carnegie Learning was just $75 million. In reality, that $75 million was indeed the amount they paid for Carnegie Learning, Inc., but the Apollo Education Group also agreed to pay an additional $21.5 million to acquire additional technology from Carnegie Mellon University to support its acquisition, which it agreed to pay over a 10 year period.

Second, our assessment that outright liquidation would be the most likely disposition for the Apollo Education Group's Carnegie Learning division has turned out to be incorrect. It would appear that the Apollo Education Group did manage to find a single buyer for its damaged goods, which it disclosed through its 10-Q statement back on 11 January 2016. Here is the relevant part of the statement, which also outlines the depreciated value of the other assets it acquired as result of its purchase of Carnegie Learning:

During the first quarter of fiscal year 2016, we completed the sale of Carnegie Learning for a nominal amount resulting in a $2.8 million loss on sale. We do not have significant continuing involvement with Carnegie Learning after the sale.

The major components of Carnegie Learning’s assets and liabilities presented separately as held for sale on our Condensed Consolidated Balance Sheets as of August 31, 2015 are as follows:

In being sold for a claimed $2.8 million loss, can you say "extreme discount"?

Unofficially, we're happy that our "damaged goods" post helped the purchaser set their price for taking on the remnants of Carnegie Learning's operations, where in the absence of the analysis we provided, they might have otherwise paid far more than they should.

And with Carnegie Learning finally off its books, the fire sale of the Apollo Education Group's remaining damaged goods, itself, would appear to be successful. For a firm whose market cap once peaked at $16.46 billion back in May 2004, its sale price of $1.1 billion indicates that it sold at a discount of 93.3% with respect to its peak valuation.