Political Calculations
Unexpectedly Intriguing!
March 24, 2016
Is the Growth of the U.S. New Home Market Stalling Out?

It is looking more and more like the market for new homes in the U.S. is did indeed reached a top in the fourth quarter of 2015.

We base that observation on our calculation of the market capitalization of new homes sold in the U.S., where we've multiplied the average prices of new homes sold by the number of new homes sold, then adjusting the results to account for the effects of inflation as measured by the Consumer Price Index for All Urban Consumers in All Cities. The results of our math are shown in the following chart. 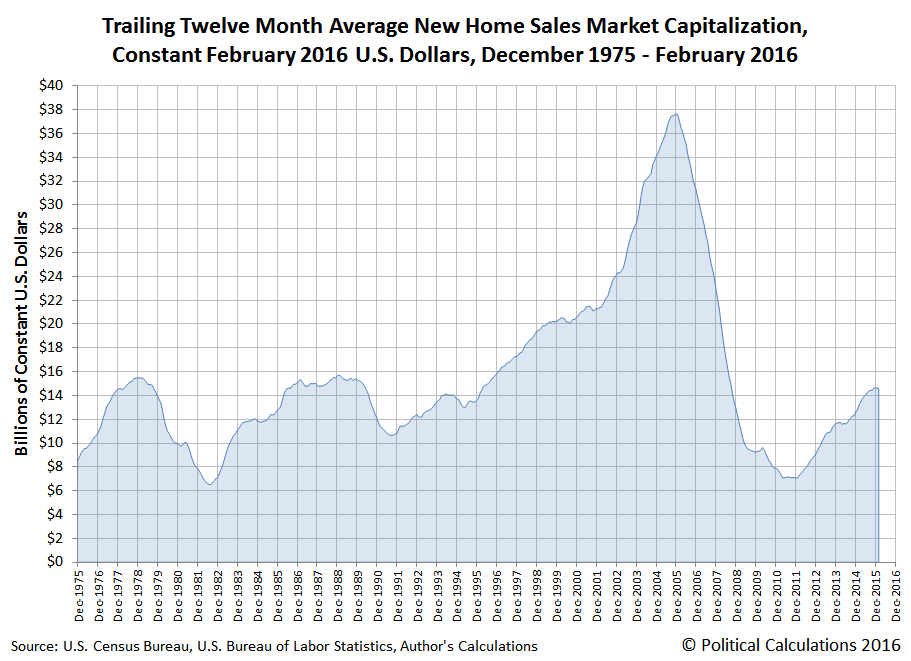 The data for both the price and quantity of new home sales for the most recent three months (December 2015 through February 2016) will continue to be revised over the next several months as more information about the sales of new homes that occurred during these months becomes available.

With data through November 2015 however, we think we can make the call that the growth of the market for new homes in the U.S. has flattened out in real terms.

In nominal terms however, if we don't consider the most recent months that are still subject to revision, the growth of the market capitalization of new homes in the U.S. decelerated in mid-2015, but has not stalled out. 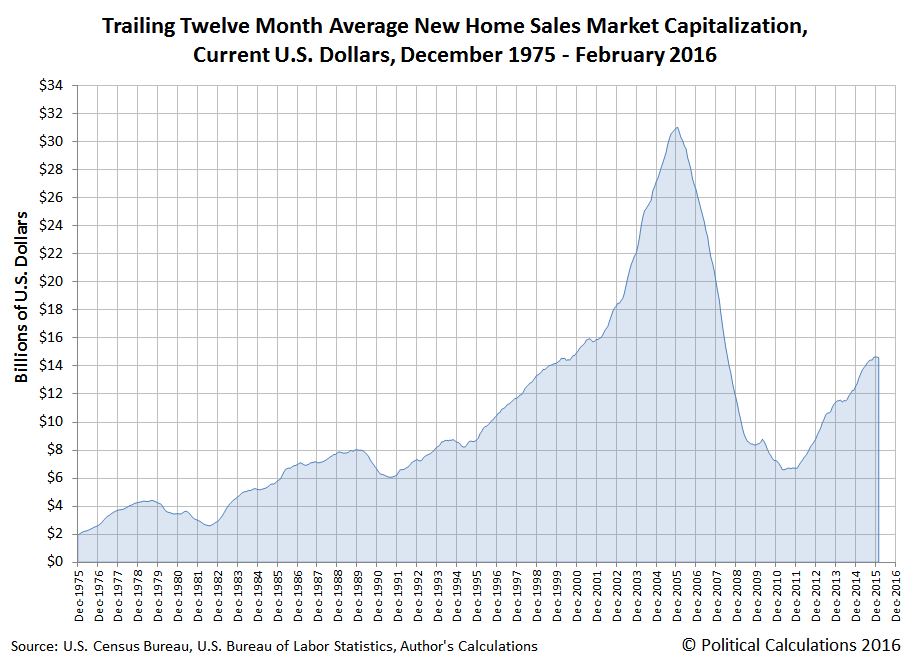 Which chart between real and nominal data do you suppose is telling a more accurate story about the relative health of the U.S. new home market?