Before we begin, let's recall, as we did last week and the week before, what it was that we said three weeks ago in comparing what our S&P 500 forecasting model was projecting would be the apparent trajectory of stock prices for March 2016 versus what we predicted that they actually would follow: 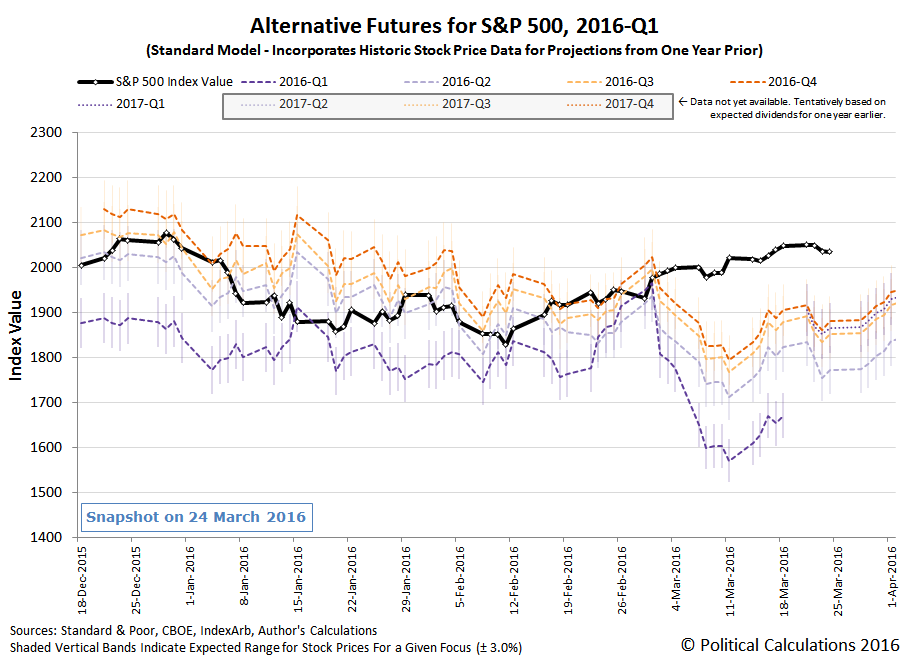 With just four days left to go in March 2016, we're content to let that predictive bet for the future of the S&P 500 continue to ride in Wall Street's casino as the clock for the month runs down.

That said, let's review the major market moving news from the Good Friday holiday-shortened fourth week of March 2016, starting with a recap of the news we previously covered for Monday, 21 March 2016 in our previous edition.

As for getting a clearer signal with our futures-based model of the S&P 500's stock prices, we should have that by the second week of April 2016.

Update 30 March 2016: Dammit, Janet! It looks like Janet Yellen's dollar weakening and new QE-hinting statement yesterday, which completely contradicted the scenario that other Fed officials had been trying to sell, prompted stock prices to rise to where the S&P 500 might poke above the 2060 mark as early as today as her statement succeeded in fully focusing investors on 2016-Q4. Now, simple noise would be enough to push stock prices over that mark, which would break our nearly month-long prediction streak. Just how seriously did you screw up the whole rate hike thing, U.S. Federal Reserve?!