For the last time, let's recall the prediction we made four weeks ago, back on 7 March 2016, when we explained why were going to discard our standard model's projections of a rough ride for the S&P 500 for the rest of March 2016:

The chart below visualizes how well our prediction actually fared: 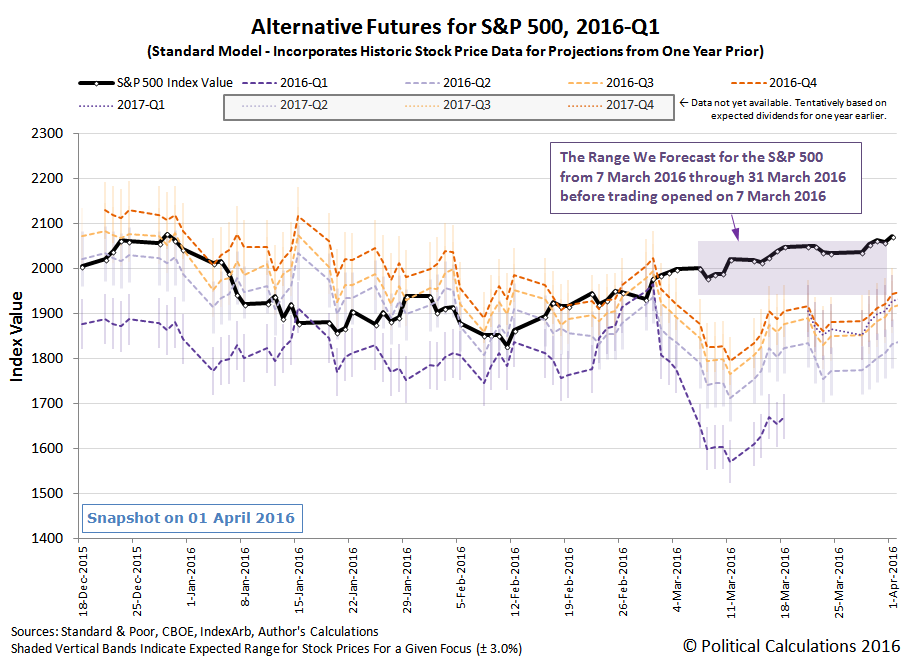 We'll have some more comments about our prediction at the end of this post. In the meantime, for historical reference, here are what we considered to be the main market driving news events for the fifth week of March 2016.

We used to keep track of our prediction accuracy, but we stopped after doing it for three years back in 2011. Keeping track that is, not being impossibly right so often. Even with our policy of not including near misses like the one described above - we've never kept score the way that they do in games of horseshoes, or for that matter, the Wall Street guru game.