Every now and again, we run into historic price data that we weren't expecting to find. When we do, we visualize it!

Today, we're exploring 150 years worth of the price of a bushel of wheat in the United States, first in a normal linear scale.... 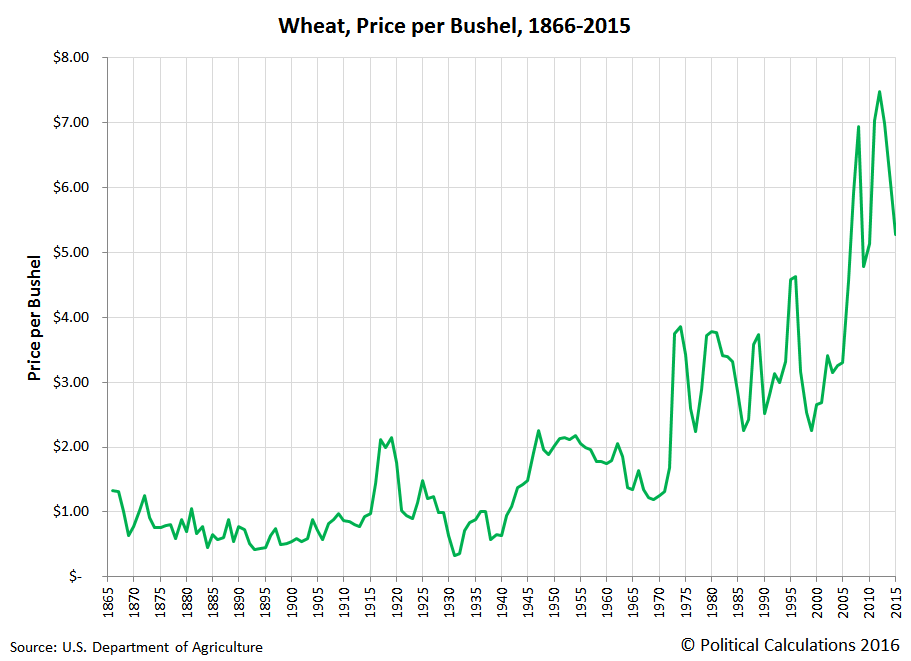 What do you know - it looks like a hockey stick!

Now, let's see what it looks like on a logarithmic scale, which takes exponential growth and makes it look like a straight line.... 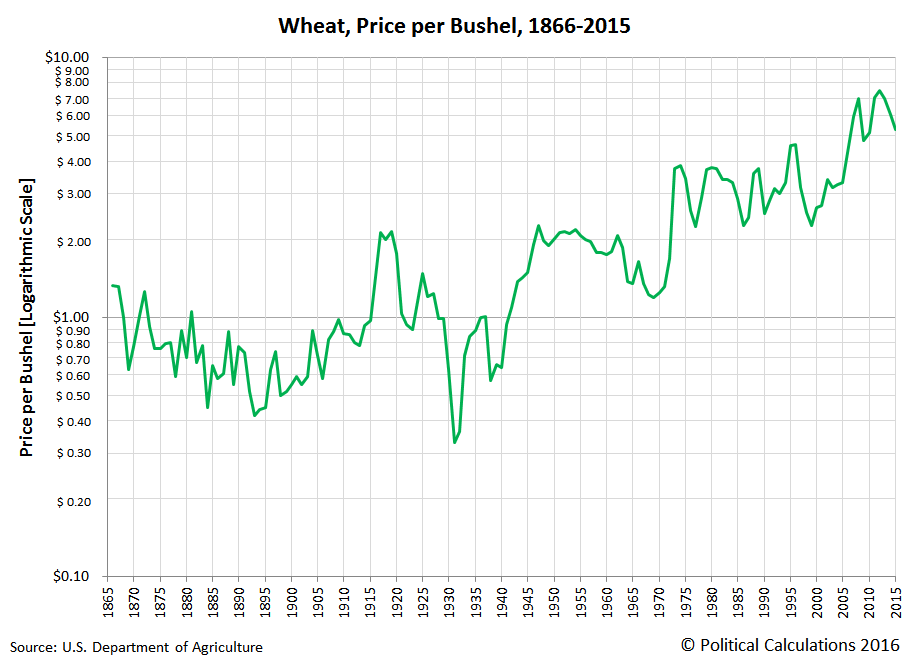 For 2015, we've estimated the average price of wheat to be approximately $5.28 per bushel, although this is based on the average prices of a bushel of wheat during each month of 2015. Since it doesn't reflect a weighted average however, as the USDA reports and which would better reflect the prices that people actually paid farmers for the wheat they grew in that year, it should be considered to be a preliminary estimate.

Update 10 June 2020: We've noticed this post is getting quite a lot of traffic, where we've just found the link to the source for the data we've visualized is no longer working. Since the USDA has broken the link, here is a link to where you can find the Kansas Wheat History document we originally referenced at the Internet Archive: [PDF Document].

If you want to find potentially newer editions of the data, here's a filepath you might be able to use to track where the latest edition of the report might now be located.

The final link we've pointed to here will take you to the October 2019 edition of the report, which is the latest available at the time of this update, at least until the USDA's data jocks might restructure all their datapaths again!...