Political Calculations
Unexpectedly Intriguing!
May 13, 2016
Harvesting Water from the Air

On 18 March 2016, Arturo Vittori and the team behind Warka Water won the 2016 World Design Impact Prize from the International Council of Societies of Industrial Design for their unique concept of supplying potable water to remote regions in Ethiopia without access to safe drinking water.

But what makes their achievement especially noteworthy is that they did it without diverting water from elsewhere or by digging wells. Instead, they developed a device to capture the area's limited rainfalls and to also harvest water from both fog and dew. In the 17-minute TEDx video below from 25 August 2015, Arturo Vittori describes the problems that led to the invention and development of the Warka Water tower.

The image below illustrates how the Warka project's nature and tradition-inspired water gathering towers, which can be built with common materials available where they are built without special tools, are able to effectively extract water directly from the atmosphere. 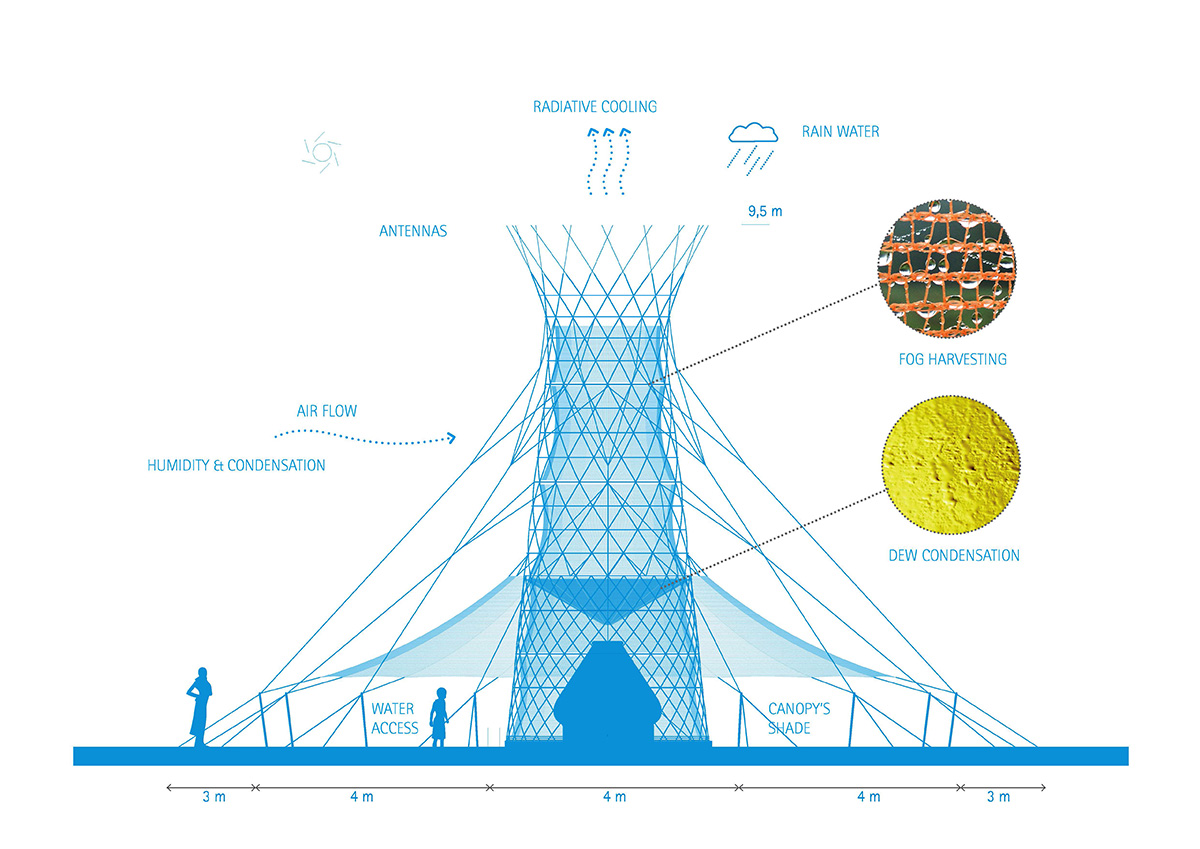 Unlike a lot of what passes for "development", which usually consists of "experts" flying in and just applying technical solutions that were developed elsewhere to "solve" the problems of indigenous peoples that almost inevitably fail because they don't really meet their needs, Vittori's invention has a real shot of becoming successful because in addition to being technically capable of delivering on its promise, it also respects the established traditions and the hard-won knowledge of the people who might benefit from it without thoroughly disrupting their lives. Even better, it provides a starting point that can be adapted and refined by its users and builders to better meet their own needs as they change.

Some of our favorite essays on the topics of technology and innovation....