But for that to be expected, you would have to have known the following:

Based on those three factors, the most likely outcome for the week would be that it would end as it began, with investors setting today's stock prices in accordance with their expectations for the future quarter where they've fixed their attention: 2016-Q4.

And so it did: 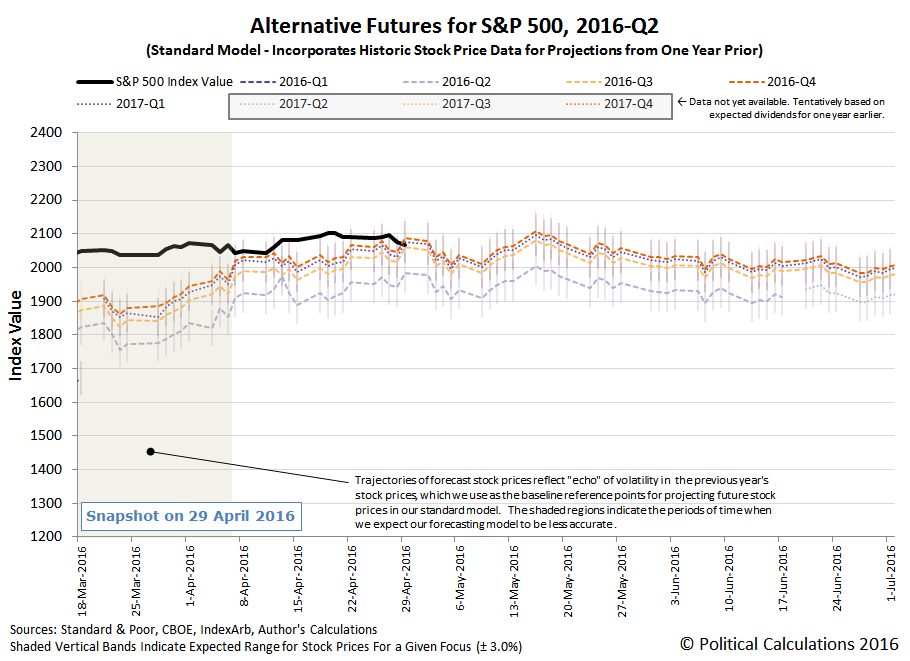 On the whole, U.S. stock prices, as measured by the daily closing value of the S&P 500, behaved as expected during the fourth week of April 2016. With no compelling reason to shift their forward-looking focus away from 2016-Q4, nor any significant change in the expectations for future dividends, and absent any significant speculative noise that might cause stock prices to temporarily deviate away from the trajectory they are on, the week ended as it began. The S&P 500 is continuing to generally pace the trajectory associated with what we should expect if investors are focused on 2016-Q4.

And until one of those things changes, we can continue to expect very little volatility in the market through the end of the quarter, which would be mostly flat until June, after which we would seem to be set to see some fairly mild erosion in stock prices.

But then, that part of the future hasn't locked in quite yet, so it will be subject to change!...