The U.S. Federal Reserve released its latest Flow of Funds report for the U.S. economy back on 9 June 2016, which we're finally getting around to today to give us a better idea of how the U.S. economy performed in the first quarter of 2016.

Based on what we see, the U.S. economy is continuing to show signs of moving toward positive acceleration after the year over year change in the compounded rate of growth of private debt in the U.S. bottomed in mid-2015. 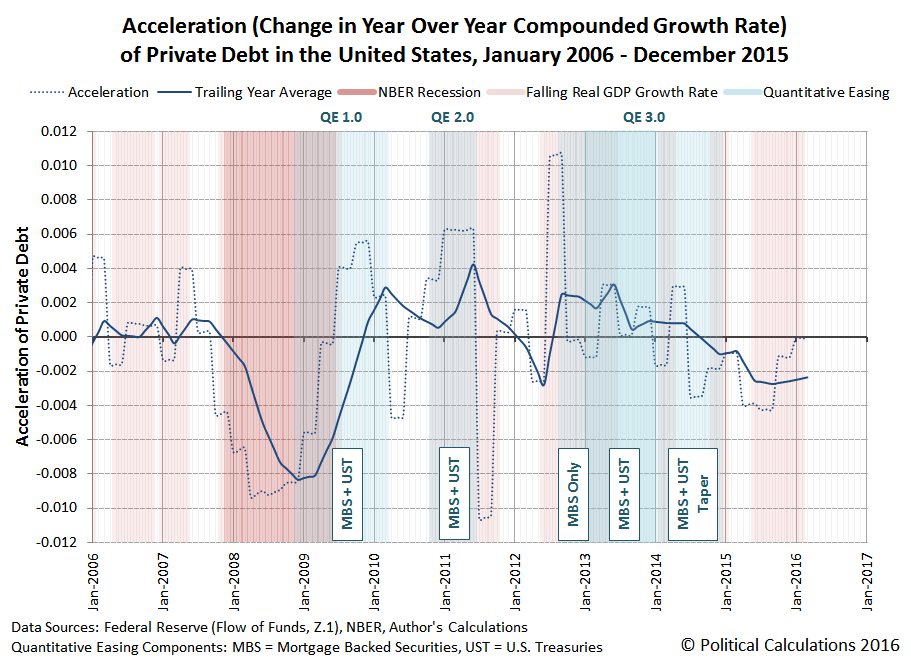 It is likely that positive impulse carried into 2016-Q2, which means that the performance of the U.S. economy likely improved over 2016-Q1, although it would still be mired in slow growth. That the acceleration of private debt in the U.S. has been continuously negative since mid-2014 through the first quarter of 2016 marks the longest period of time that situation has existed since the Great Recession.

With the BEA poised to issue its annual revision in its GDP figures near the end of the next month, we may need to revise this analysis to reflect that updated data. The Fed will release its next update of its flow of funds data on 16 September 2016.