Political Calculations
Unexpectedly Intriguing!
25 October 2016
Of Soup and Silver and the Zombie Apocalypse

Once upon a time, and for a very long time, Americans could buy a single can of Campbell's Condensed Tomato Soup for the price of just one dime. 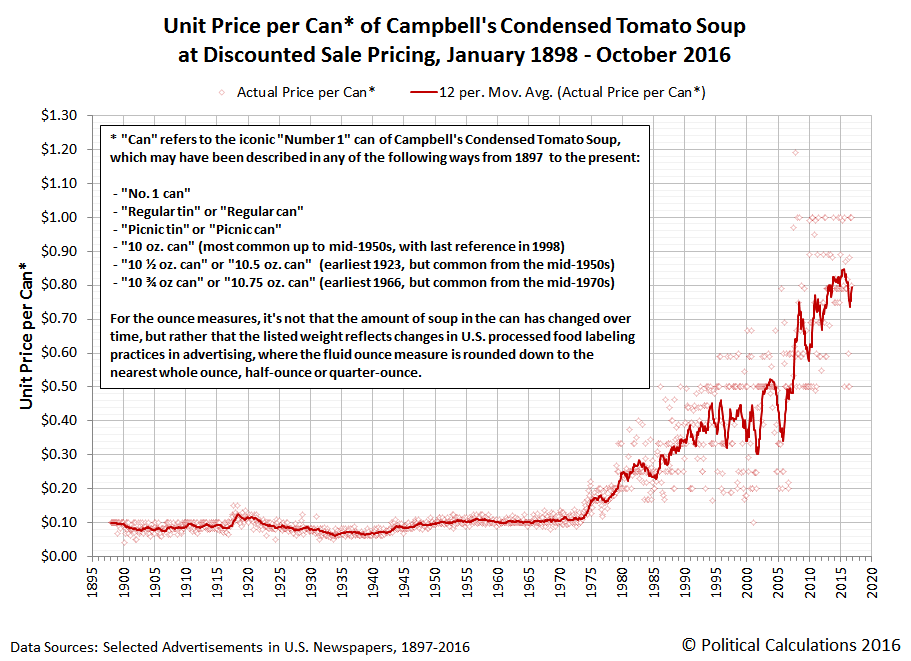 Since nearly all of their value was derived from their silver content, for all practical purposes, Americans paid for their soup with silver. We wondered how many ounces of silver it would take to buy a single Number 1 can of Campbell's Condensed Tomato Soup in any month throughout its entire history, even after U.S dimes stopped being made from silver in 1965. Seeing as we have all those monthly prices for silver going back to 1880, we were able to generate the following chart showing how many fine ounces of silver bullion it would take to buy a can of Campbell's Tomato Soup in each month since January 1898, which is as far back as we have that price data. 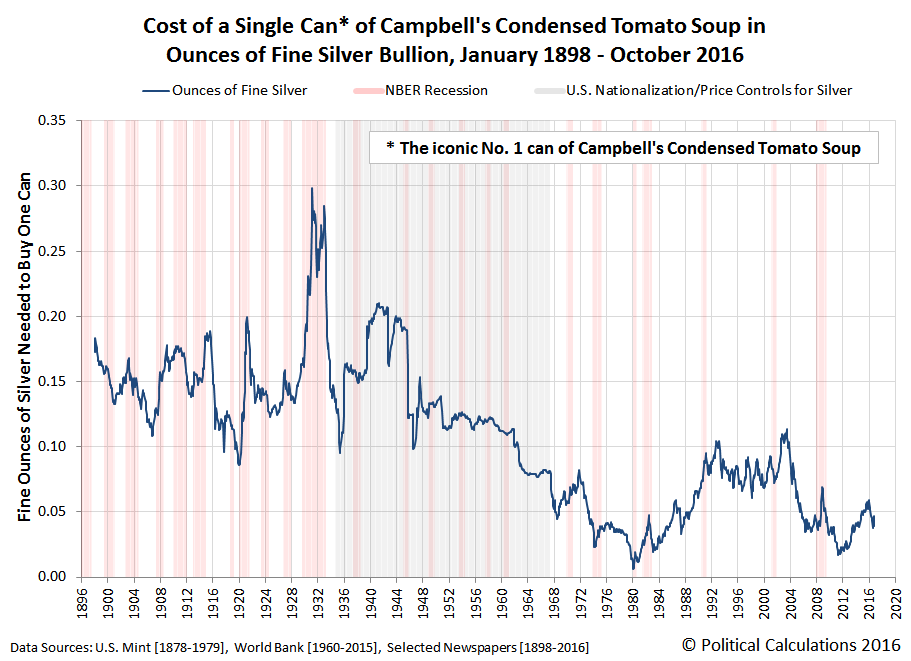 In terms of its equivalent value in silver, Campbell's Tomato Soup has become more affordable, where since U.S. price controls over silver were ended after 1967, the relative price of soup has dropped from a typical range of 0.10-0.20 ounces per can to a range of 0.02 to 0.12 ounces per can.

Since we're coming up on Halloween, which do you suppose would be the more useful form of currency after the zombie apocalypse?