And yet, the week had something of a downcast to it, as can be seen in our alternative futures chart. 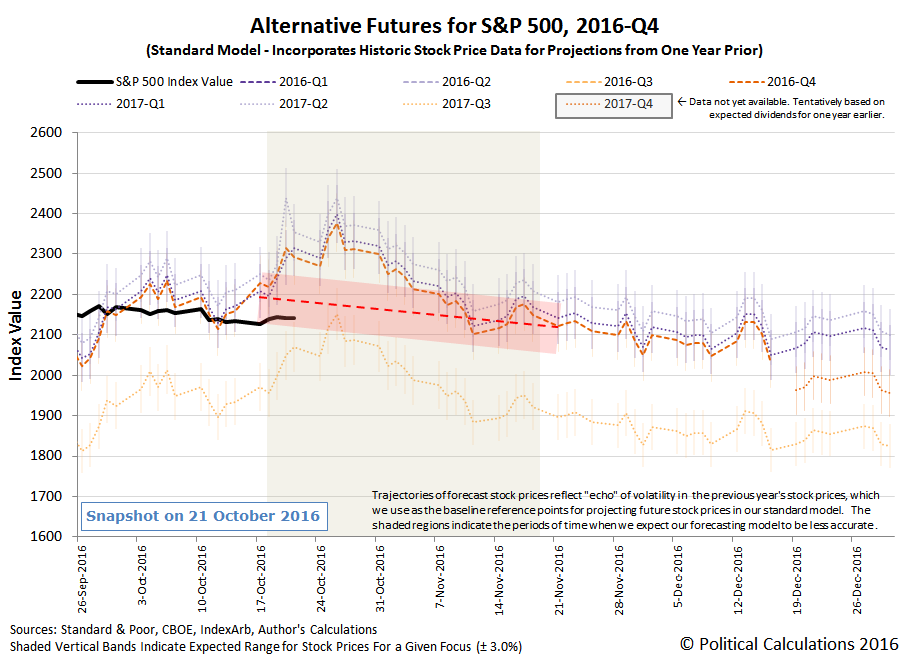 As expected, our futures-based model's projections of the alternate paths the S&P 500 would be likely to take based on how far forward in time investors are looking was off target, which is a result of our standard model's use of historic stock prices as the base reference points from which it projects future stock prices. In this case, the indicated trajectories for the period from 18 October 2016 to 21 November 2016 represents an echo of the noisy volatility that the S&P 500 experienced a year ago.

However, our "connect-the-dots" method of compensating for the echo effect to improve the accuracy of our forecast trajectory appears to be working - at least through the first several days in which we would need it to!

But it will need to continue working over the next four weeks for it to be really worthwhile. Until then, we suspect that how we visualized the connected dots trajectory in the chart above is what really gives the week its downcast feel.

Speaking of which, here are the headlines that caught our attention during Week 3 of October 2016.

Barry Ritholtz succinctly summarizes the positives and negatives of the week's market and economic news.