The S&P 500 did little more than oscillate between 2146 and 2171 during the fourth full week of September 2016, which as far as we're concerned, means that it behaved almost exactly as expected. The following chart shows what our modified model projected as we transitioned back to our standard model during Week 4 of September 2016. 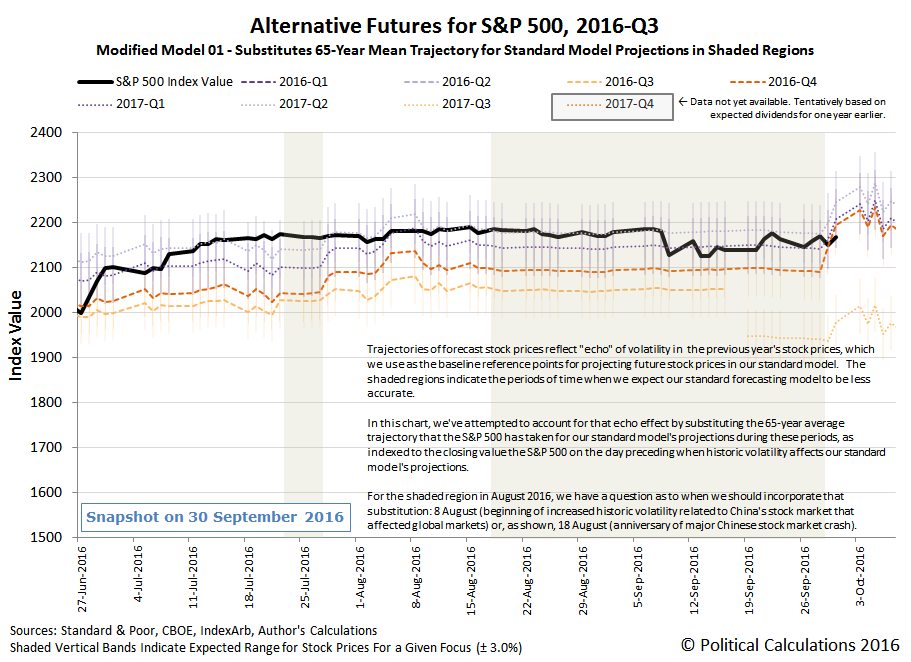 During the next couple of weeks, we expect that our standard model's projections will tend to overestimate the actual trajectory of the S&P 500 by a relatively small margin, as the historic prices we use as the base reference points from which to project future stock prices for the S&P 500 reflect a period of relatively low volatility for U.S. stock prices in the second half of 2015. 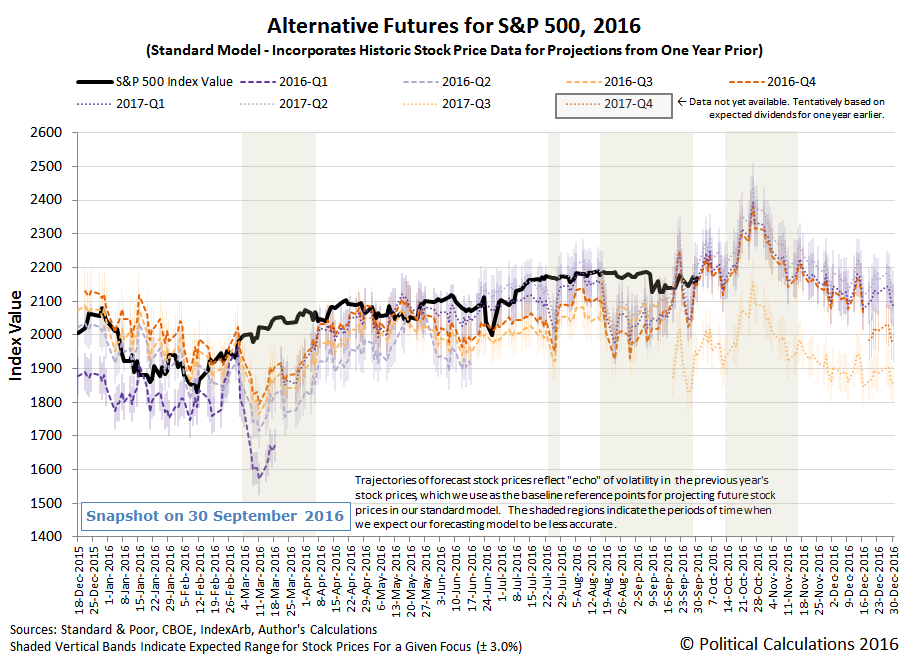 The shaded regions indicate the periods of time where we know in advance from the historic volatility of stock prices that our standard model's projections of future stock prices will likely be less accurate. Coping with those echoes of past volatility is why we developed our modified model, where we substitute trajectories that directly parallel the historic average trajectory of U.S. stock prices since 1950 for our standard model's projections.

As you can see from the first chart, that modified method appears to have been successful in anticipating the levels to which stock prices might go given how far forward in time investors are collectively looking in the just-completed period where our standard model's projections were affected by the echo effect of past volatility, but we should recognize that we had nearly optimal conditions for testing its performance, where the current year's stock market volatility was characterized by comparatively low levels of noise.

In any case, we'll soon be test driving the modified model again as we'll once again be entering a period where the echoes of past volatility will affect the accuracy of our standard model's projections.

Elsewhere, Barry Ritholtz summarizes the week's economics and markets news in terms of its positives and negatives.