The rate at which distressed U.S. firms are announcing dividend cuts has increased significantly over the last two weeks, which suggests that whatever momentum that the U.S. economy had coming out of the third quarter of 2016 is dissipating.

A little over two weeks ago, we reported that the pace of dividend cuts in 2016-Q4 was similar to that of 2016-Q3, at least through the same point of time in the quarter. More significantly, that pace was very close to the threshold where we would consider the private sector of the U.S. economy to be relatively healthy.

That began changing on 31 October 2016, where since that date, a significant increase in the number of distressed firms in the U.S. has taken place, which is something we first noted on Election Day. The following chart, showing the number of cumulative dividend cuts announced in the U.S. by the day of the quarter in 2016 for 2016-Q1, 2016-Q2, 2016-Q3 and 2016-Q4 through 14 November 2016, reveals that the U.S. economy is experiencing recessionary conditions, which are bordering near the threshold that corresponds to some degree of contraction occurring within the economy. 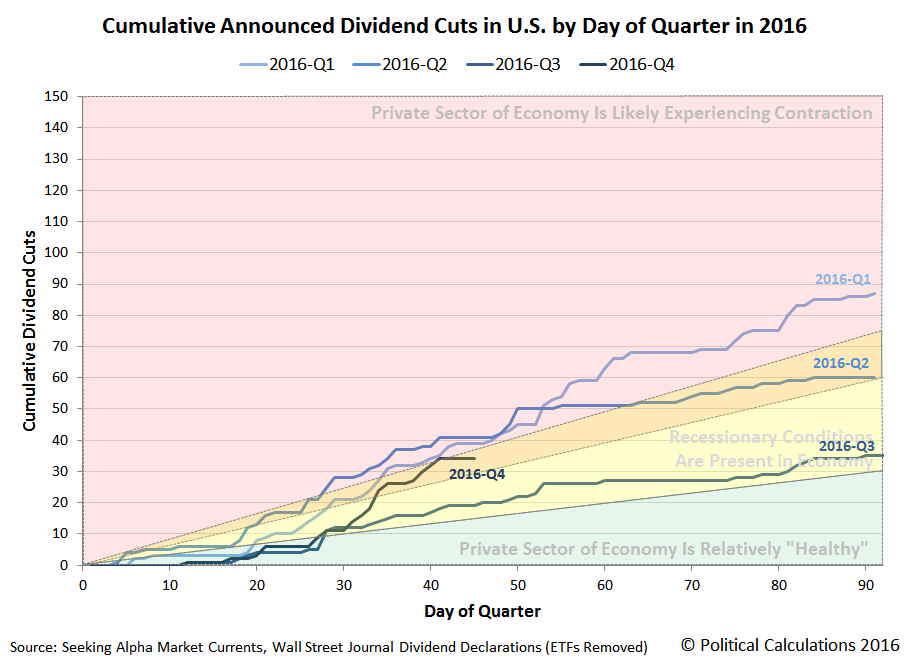 Compared to the same point of time in the year ago quarter of 2015-Q4, as shown in the next chart, we see that 2016-Q4 is markedly more negative. 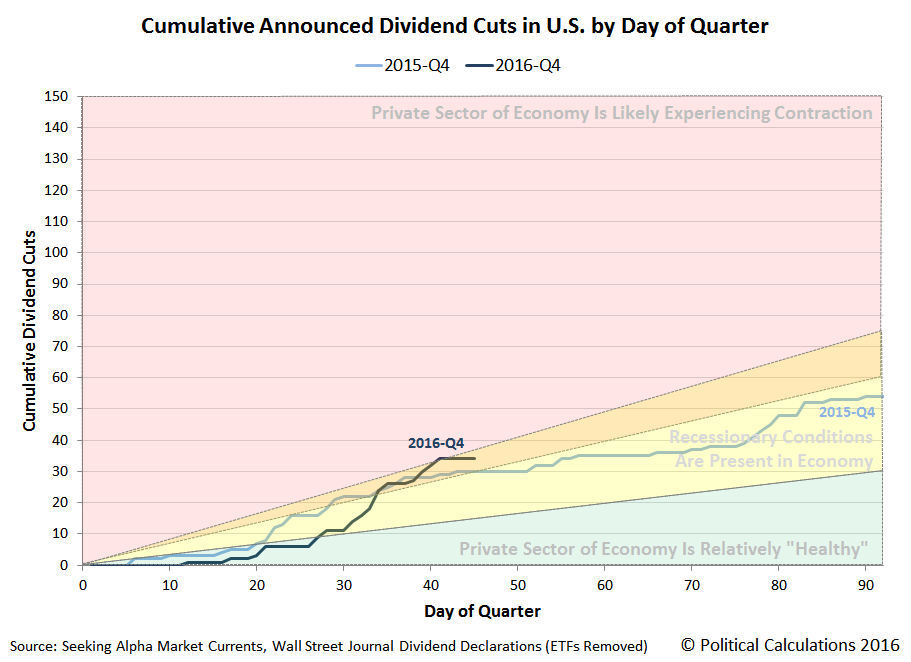 The important thing to recognize from this data is that the number of dividend cuts that take place during set time period represents a near-real time indication of the relative health of the U.S. economy. As such, it is a slightly lagging indicator, where building levels of distress that has already occurred is finally recognized and communicated to people outside the firms where it has already taken place.

With that being the case, the distress that 2016-Q4's dividend cuts is communicating suggests that its confirmation of a fading U.S. economy was a contributor to the outcome of last week's elections in the U.S.

That distress appears to be more broadly based than in 2015. Through mid-November in 2015-Q4, U.S. firms in seven industries had announced dividend cuts, with those in the oil sector accounting for 44%.