Today's example of junk science is special in that we're focusing on the story of an individual who contributed to the exposure of the false science that is bringing down one of the most successful business startups of the last decade: Theranos.

If you follow the story, you'll find that there are a lot of boxes that can be ticked off on our checklist for how to detect junk science, but we'll be focusing on the following two categories in today's example.

Let's get to the story of one of Theranos' whistleblowers, picking it up from when they reported their findings of falsified research and cover-ups to the CEO of Theranos, Elizabeth Holmes to see how these categories came into play.

After working at Theranos Inc. for eight months, Tyler Shultz decided he had seen enough. On April 11, 2014, he emailed company founder Elizabeth Holmes to complain that Theranos had doctored research and ignored failed quality-control checks.

In essence, Shultz was complaining that the company was engaged in pseudoscience, a form of fraud that seeks to use the veneer of respectable science to advance false premises to support ideological, cultural or commercial goals. In this case of Theranos, the allegations are that the company's management falsified its research results in order to advance their commercial goals, where their sales depended upon the acceptance of their product's capabilities in the medical community. Capabilities that, by many accounts, have proven both greatly overstated and severely lacking.

The alleged doctoring of research, thus ensuring they would obtain their desired results, and the tossing out of failed quality control checks that might contradict the perception they sought to create that their Edison test devices were genuinely capable of performing as they claimed.

But perhaps the most telling evidence that individuals at the firm were engaged in highly unethical conduct was to be found in their response to being called out for their bad actions. The story continues with how Theranos' executives responded to the whistleblower's e-mail.

After emailing Ms. Holmes in April 2014 about the allegedly doctored research and quality-control failures, Mr. Shultz heard nothing for several days.

Then Mr. Balwani’s response arrived. It began: “We saw your email to Elizabeth. Before I get into specifics, let me share with you that had this email come from anyone else in the company, I would have already held them accountable for the arrogant and patronizing tone and reckless comments.”

Note the immediate attempt to put down the real challenge to the doctored research and ignored quality checks by immediately changing the subject to attempt to make it all about the whistleblower, which in addition to representing an abuse of whatever authority they may have, also checks off the boxes on our checklist for how to detect junk science for both challenges and merit.

This kind of personal attack is surprising common among those who have knowingly engaged in junk science and have had their scientific misconduct exposed. Insults and smear attacks aimed at those who have identified misconduct are simply part of their toolbox for getting away with their unethical behavior, where they hope to discourage additional scrutiny by attempting to make it personally painful for those seeking to expose it.

In the case of Theranos' executive's response, that appears to also have meant going after the whistleblower's family.

The reply was withering. Ms. Holmes forwarded the email to Theranos President Sunny Balwani, who belittled Mr. Shultz’s grasp of basic mathematics and his knowledge of laboratory science, and then took a swipe at his relationship with George Shultz, the former secretary of state and a Theranos director.

As it happens, Tyler Shultz' grandfather, where the conflict between Theranos' executives and the younger Shultz has led to a rift within the family.

But that's not the creepiest part of Theranos' response, which included some serious escalations after the WSJ began publishing a series of exposés about the company.

Theranos accused him of leaking trade secrets and violating an agreement to not disclose confidential information. Mr. Shultz says lawyers from the law firm founded by David Boies, one of the country’s best-known litigators and who later became a Theranos director, surprised him during a visit to his grandfather’s house.

They unsuccessfully pressured the younger Mr. Shultz to say he had talked to the reporter and to reveal who the Journal’s other sources might be. He says he also was followed by private investigators hired by Theranos.

The purpose of this kind of activity on the part of those engaged in pseudoscience is to intimidate the whistleblower into either silence or into compliance. The Theranos case is unique in that the company has the resources to apply pressure through these costly means, but other forms of intimidation, such as cyberstalking, are a preferred choice of intimidation tactic for those more economically minded.

Meanwhile, the Theranos story is still playing out in the headlines and in the courts, where in the latest news, it appears that all the right people are being targeted with the consequences for their actions. There's hope for justice yet for the pseudoscience whistleblowers of the world! 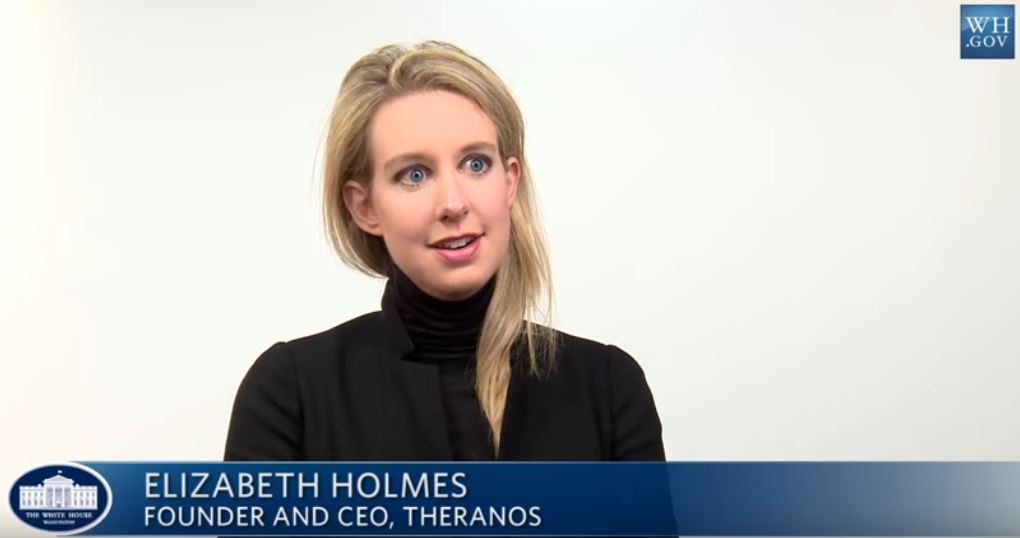