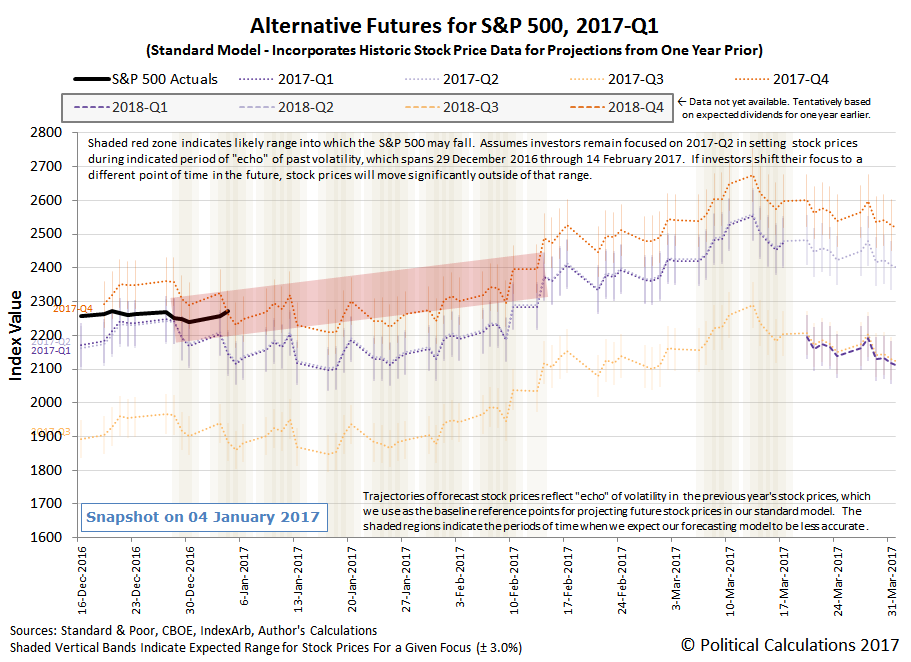 In this chart, we observe that investors are starting 2017 focused on the future quarter of 2017-Q2. In addition, we're also indicating that we're beginning the year with the accuracy of our dividend futures-based model being skewed by the effect of the echo of the past volatility of stock prices, which is a consequence of our use of historic stock prices from 13 months earlier, 12 months earlier and 1 month earlier as the base reference points from which we project future stock prices. We're assuming at this point of time that investors will remain focused on 2017-Q2 at least through mid-February, which we've indicated by the red-shaded region shown on the chart.

There's also a second, much shorter duration echo shown later in the quarter, which we'll deal with when we get there....

The following chart shows the historic prices that our standard model references as they will apply in 2017, where we've identified the periods where we already know in advance that the echoes of past volatility in 2016 will affect our ability to precisely project the future trajectory of stock prices. 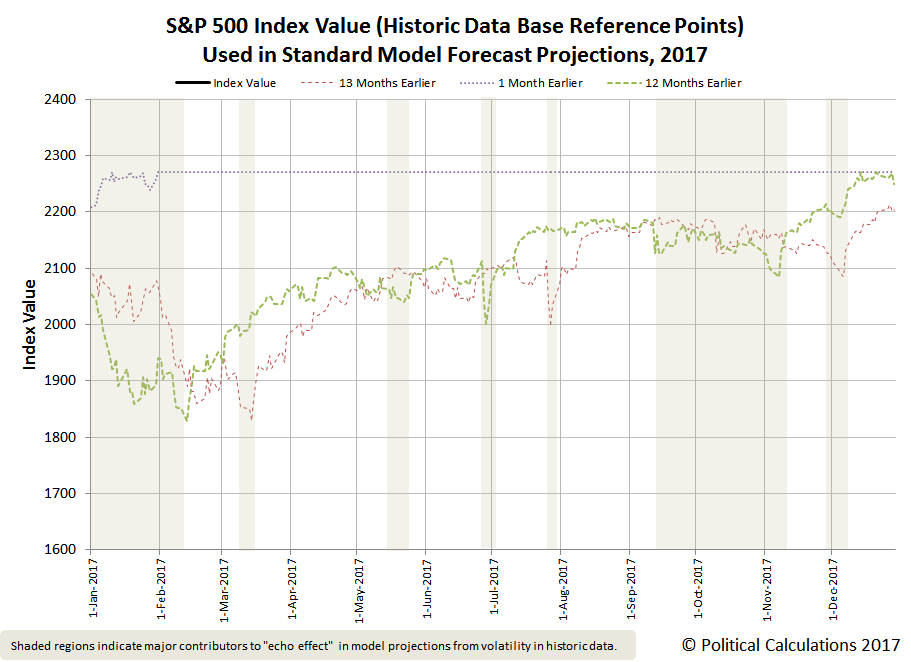