We're basing that observation on the sampling of dividend declarations that our two real-time sources for those announcements have cumulatively indicated for 2017-Q1 through 22 February 2017, where the total number of dividend cuts they have reported has reached 28. Through the same point of time in 2016-Q1, those same sources had reported a cumulative total of 51. The following chart visualizes the cumulative trajectories of both 2016-Q1 and 2017-Q1. 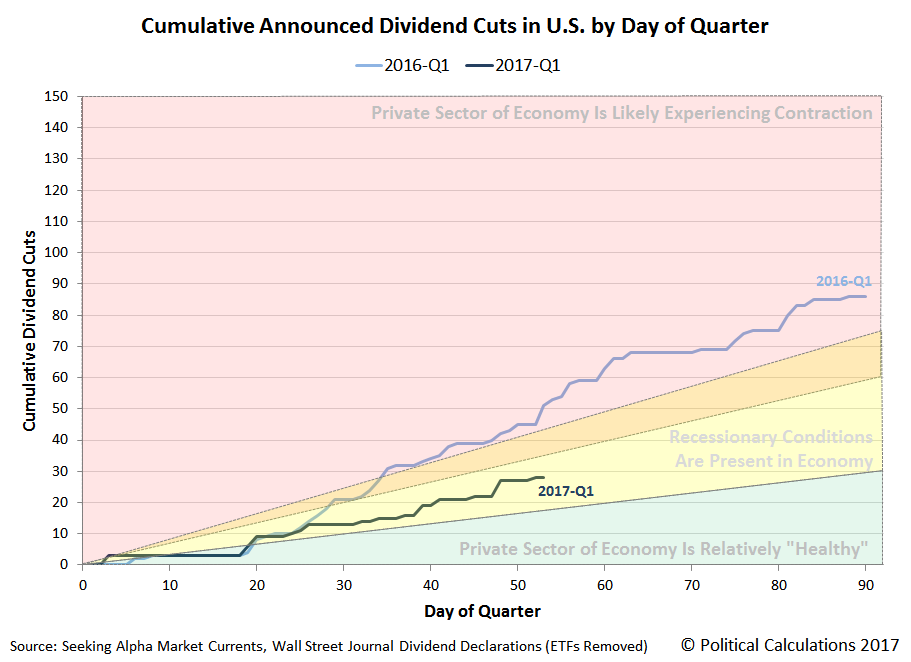 That's the difference between a sector of the U.S. economy that was in full contraction a year ago, whereas today, it can best be described as experiencing the lingering effects of recessionary conditions, which compared to that previous situation, is a clear improvement.

In 2017-Q1 however, we are seeing in increase in distress in the U.S. financial industry compared to what was recorded in 2016-Q1, with an uptick in firms that are negatively exposed to the effects of increasing interest rates, such as Real Estate Investment Trusts (REITS).