Political Calculations
Unexpectedly Intriguing!
07 June 2017
Dividends by the Numbers in May 2017 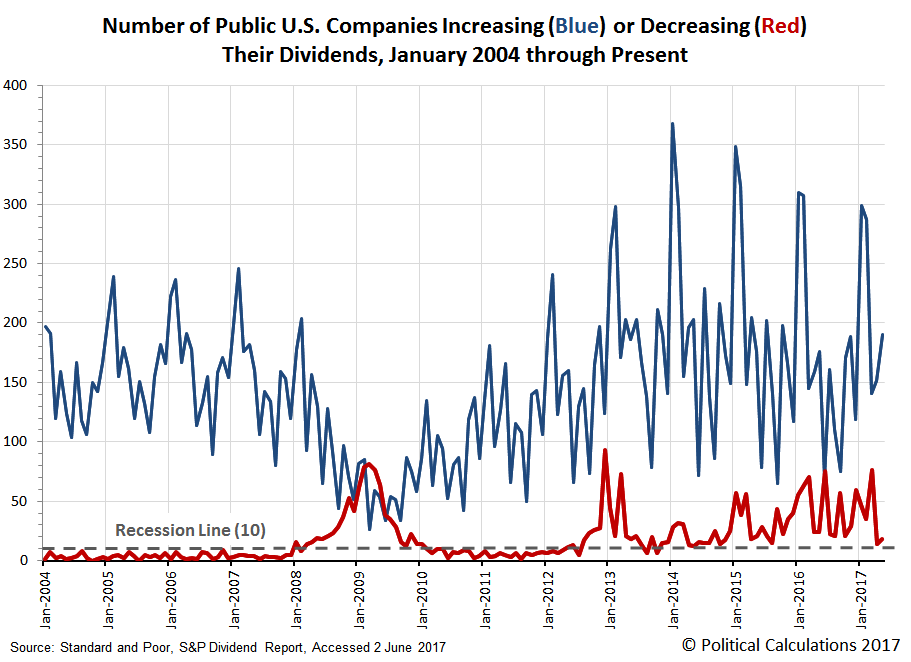 Here is Standard and Poor's summary data for the U.S. stock market's dividends in May 2017: 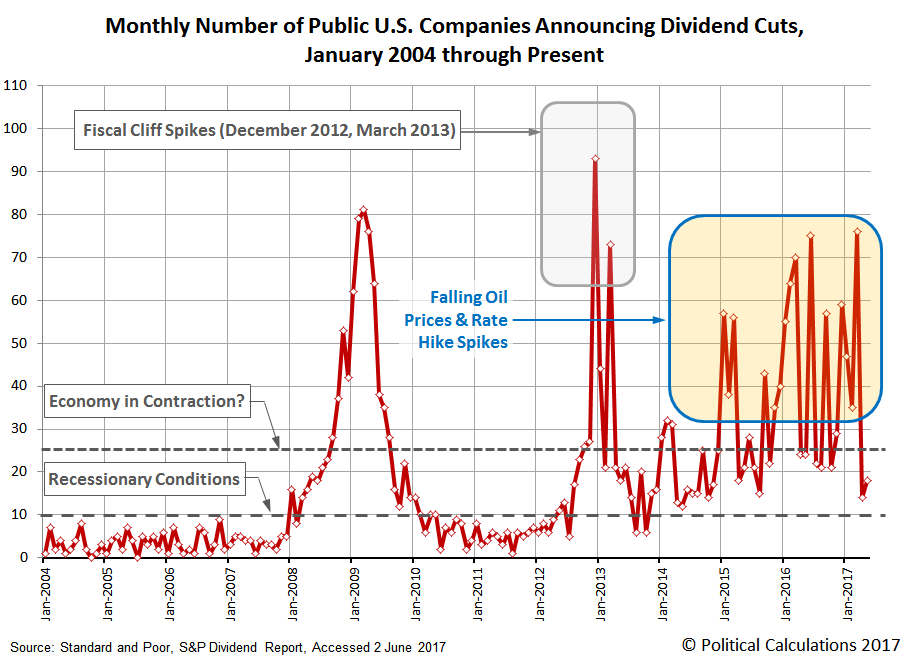 Our real-time sampling of dividend cuts for May 2017 indicates that the month was rough on the oil & gas sector, where the impact of recent dips in the price of crude oil in both March 2017 and May 2017 may have shown up in May 2017's dividends for a number of monthly dividend payers in that industry.

Meanwhile, the finance sector accounted for the second most number of dividend cuts announced during the month by industry, but perhaps the most surprising was the elevated number of chemical companies, particularly those that produce agricultural fertilizer products, that announced dividend cuts during the month, which included Terra Nitrogen (NYSE: TNH), Mosaic (NYSE: MOS) and Ashland Global Holdings (NYSE: ASH).

Update: Welcome Bloomberg, Big Picture and RealClearMarkets' Off the Street fans! If you're interested in seeing more of the kind of analysis that we do here at Political Calculations, you can catch up with our latest post on the success (or lack thereof) for Philadelphia's controversial soda tax, which may have special meaning today for any readers hailing from Seattle who like sugary soft drinks!