June 2017 ended the best quarter for dividends in the last three years. Before getting into the tally of dividend data for the month, let's take a quick look at the number of publicly-traded U.S. companies that either increased or decreased their dividends in each month from January 2004 through June 2017 in the following chart. 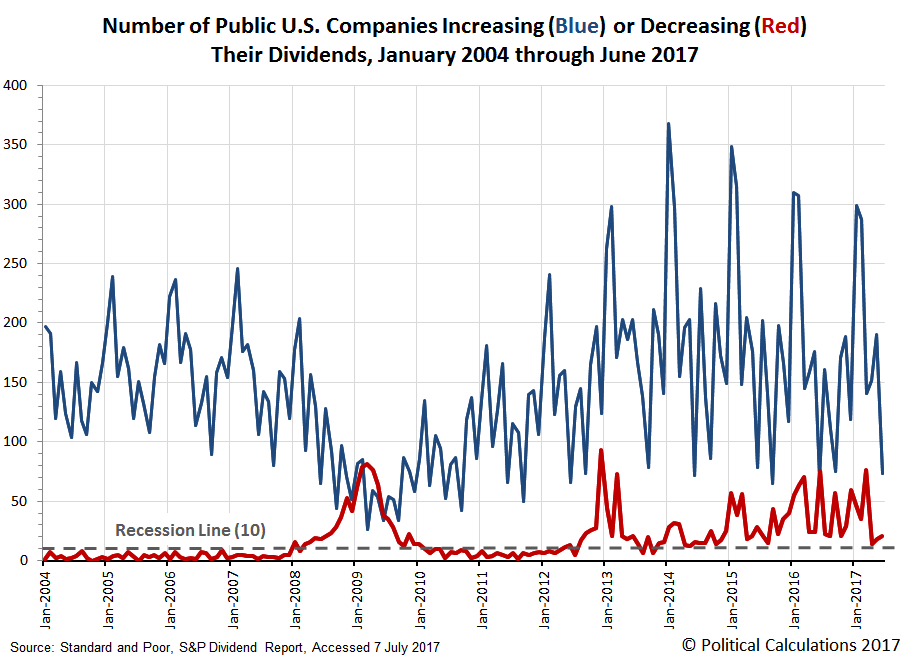 Let's get into the numbers that S&P reported for June 2017 (Excel spreadsheet), which coincidentally also marks the end of the second quarter of 2017:

Taking a closer look at dividend cuts, the pace at which dividend cuts were announced during 2017-Q2 in our near-real time sampling was similar to that of 2017-Q1, so we'll omit showing that chart in favor of showing the year over year comparison between 2017-Q2 and 2016-Q2. 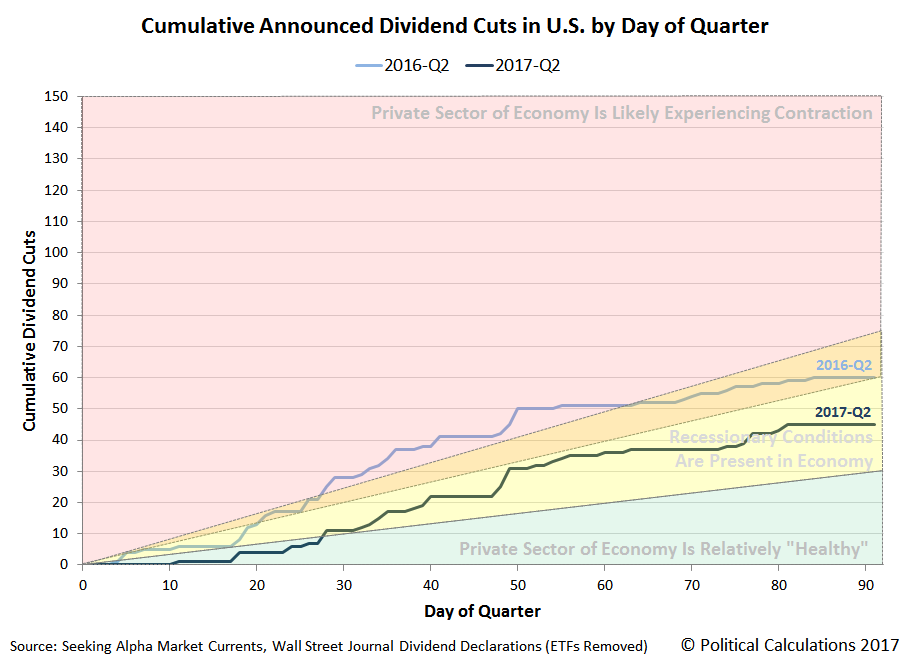 Taking a closer look at our sample of dividend cuts collected from dividend declarations reported by Seeking Alpha and the Wall Street Journal, we found that the oil and gas industry showed the highest level of distress, which is attributable to the decline of oil prices throughout the quarter, which negatively impacted their revenues and profits. 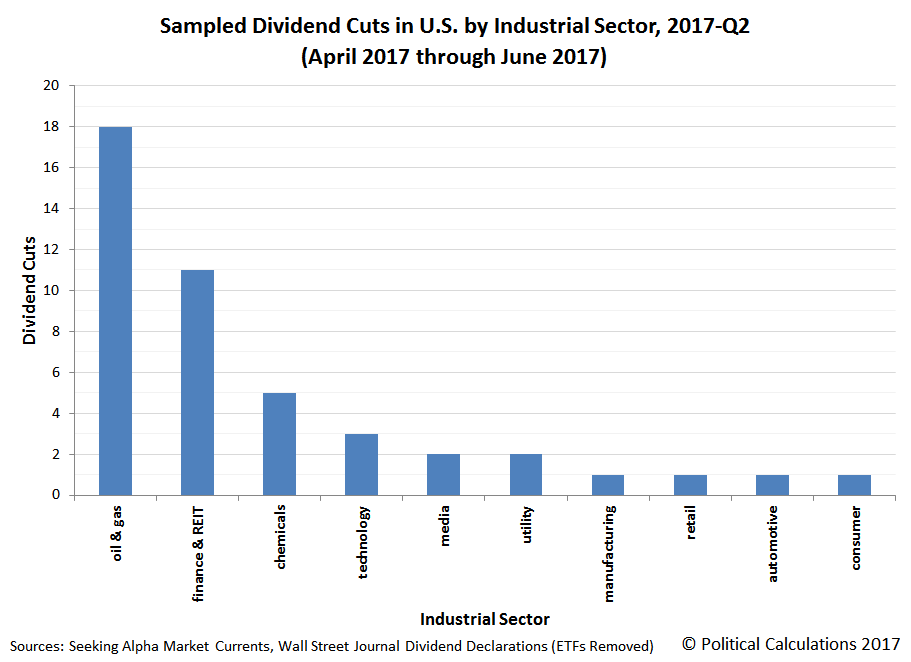 Financial industry firms combined with Real Estate Investment Trusts (REITs) to make up the second-most negatively impacted sector of concentrated distress in the U.S. economy, where many of these firms were faced with the fallout from the Federal Reserve's decision to hike interest rates in the first quarter of 2017, which was followed by a second rate hike announcement in June 2017.

The only other industrial sector that stood out as experiencing an unusually high level of distress during the quarter was chemical manufacturers, particularly those who produce agricultural fertilizers. Those dividend cut actions followed bad winter weather events in late April 2017 that harmed the nation's winter wheat crop over a four-state region that accounts for nearly 50% of its annual production.