Every three months, we take a snapshot of the expectations for future earnings in the S&P 500 at approximately the midpoint of the current quarter, shortly after most U.S. firms have announced their previous quarter's earnings. Today's snapshot of the trailing year earnings per share for the S&P 500 reveals that the stock market's earnings have continued rebounding off their 2016-Q3 bottom, where the S&P 500's earnings per share now exceed their previous 2014-Q3 peak. Even by the most conservative measure, the long earnings recession for U.S. firms is finally over! 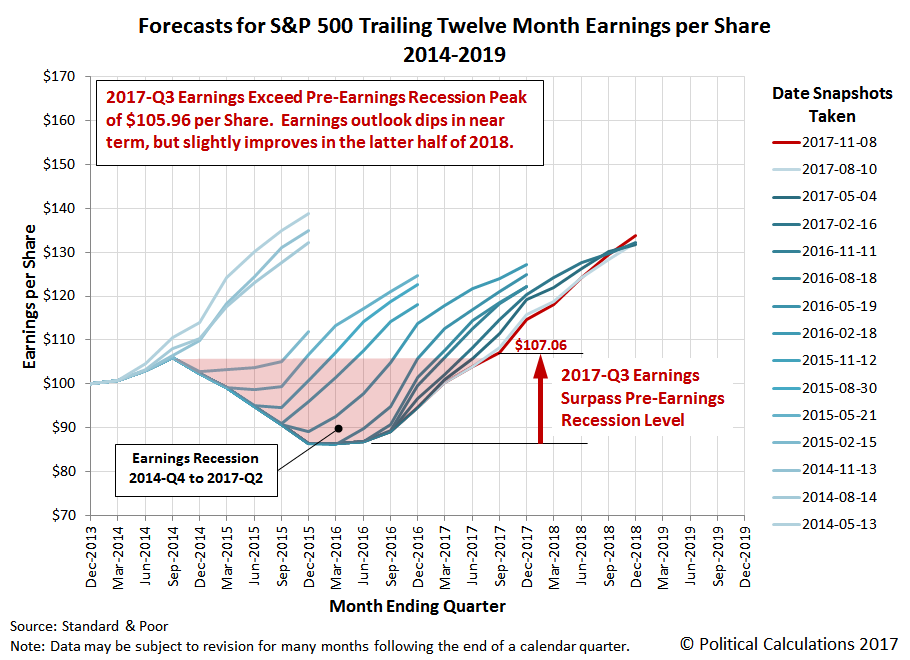 Looking into the future, the outlook for earnings per share in the near term has dipped slightly since August 2017, but has brightened in the more distant future of the second half of 2018.