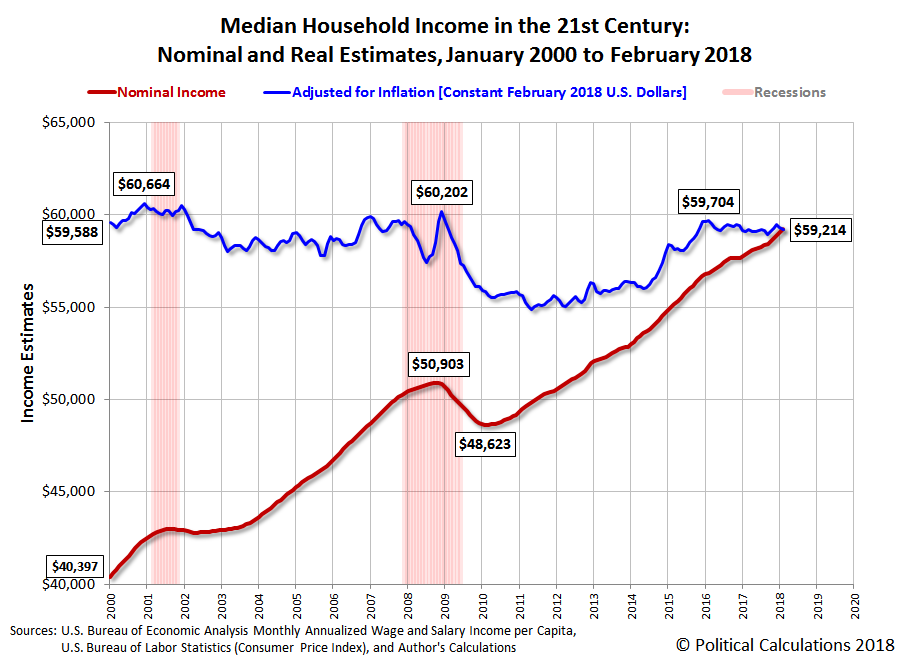 In nominal terms, which provide perhaps the best indication of the relative health of the U.S. economy as seen by typical American households, we find that the pace of growth of median household income is continuing the upturn that began in September 2017, following what had been a decelerating trend that had begun back in mid-2014.

After adjusting the monthly nominal household income estimates for inflation, so that they are expressed in terms of constant February 2018 U.S. dollars, we also find "real" median household income in recent months ticked slightly downward in the month-over-month change as the rate of consumer price inflation ticked up. The U.S. Bureau of Labor Statistics reported that the most significant contributors to the net price increase were higher prices for shelter, apparel and motor vehicle insurance.

These recent trends are easier to see in the following chart, where we have presented the year over year growth rate of median household income in the U.S. in the period from January 2001 through February 2018, which helps to smooth out the month-to-month noise in the inflation data. 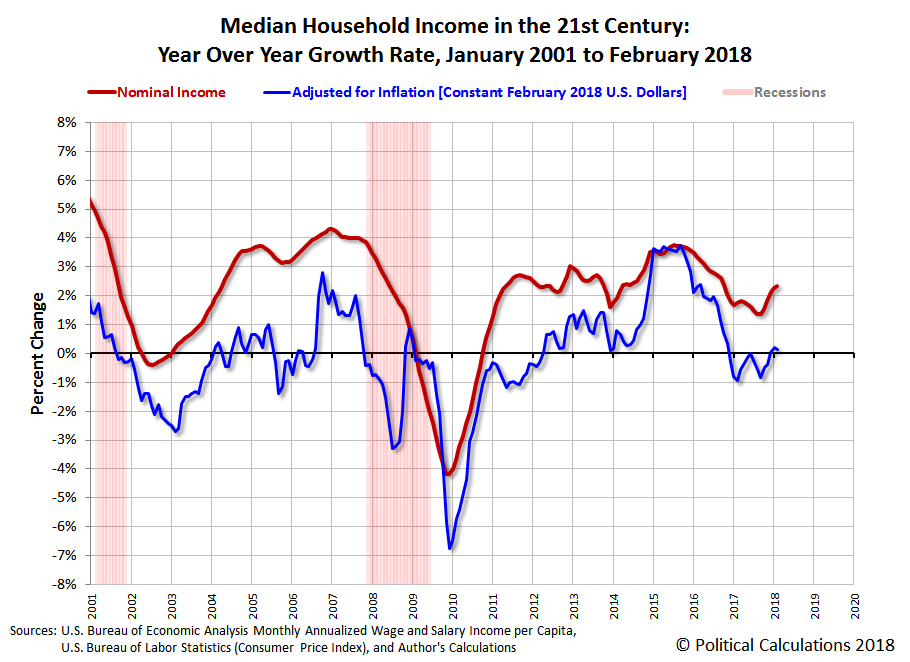 In year-over-year terms, we find that the growth rate of median household income continued to rise in February 2018, registering a 2.3% increase over the February 2017. At the same time, the inflation-adjusted rate of growth was slightly positive, indicating that household income growth is outweighing the effects of inflation over this time.

The U.S. Bureau of Economic Analysis only revised its aggregate personal income for the previously reported months of December 2017 and January 2018, where the greatest change was an upward revision of 0.15% for the January 2018 figure. As with previously observed revisions for this data series, there is no meaningful change to any of our previous median household income estimates.

Looking ahead to when we might next see more significant revisions, we can expect that the BEA will make revisions to this data series spanning a much longer period of time later this year, which it will most likely report in either July or August as part of its annual revisions to its national income and product accounts. The previous large revision to the BEA's personal income and outlays data came on 1 August 2017.