Political Calculations
Unexpectedly Intriguing!
02 April 2018
The End of an Especially Volatile Quarter for the S&P 500

The S&P 500 ended a tumultuously volatile 2018-Q1 with a small loss for the quarter, even though the index finished up for the holiday-shorted fourth week of March 2018. 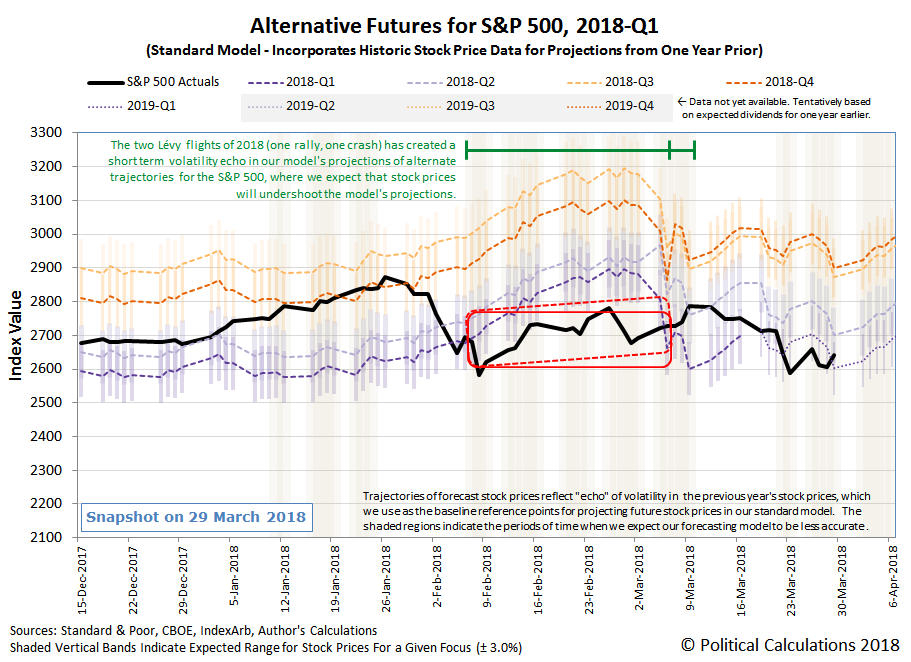 Exiting Week 4 of March 2018, we find that investors would appear to be focusing on the distant future defined by the expectations associated with 2019-Q1. We also find that we have also entered into another short-term period in which the accuracy of our dividend futures-based model's projections of future stock prices will be negatively impacted by the echo effect, which arises from our model's use of historic stock prices as the base reference points from which we project the future for the S&P 500. In this case, given the volatility of stock prices from 12 and 13 months ago, we anticipate that our model's projections will likely overshoot the actual trajectory of the S&P 500 by varying amounts in the period from 22 March 2018 through 23 April 2018.

We also anticipate that the magnitude of the echo effect on our model's forecasts will be relatively small during the next week, so we're going to hold off on developing a new red-zone forecast to span that full period of time for now, or at least until we generate a new chart showing 2018-Q2! If you would like to get a sense of what lies ahead for the next quarter, here's our overall spaghetti forecast chart for the S&P 500 in 2018, where if you can predict when a new quantum shift in the random walk of stock prices happens, you could stand to do well in the market: 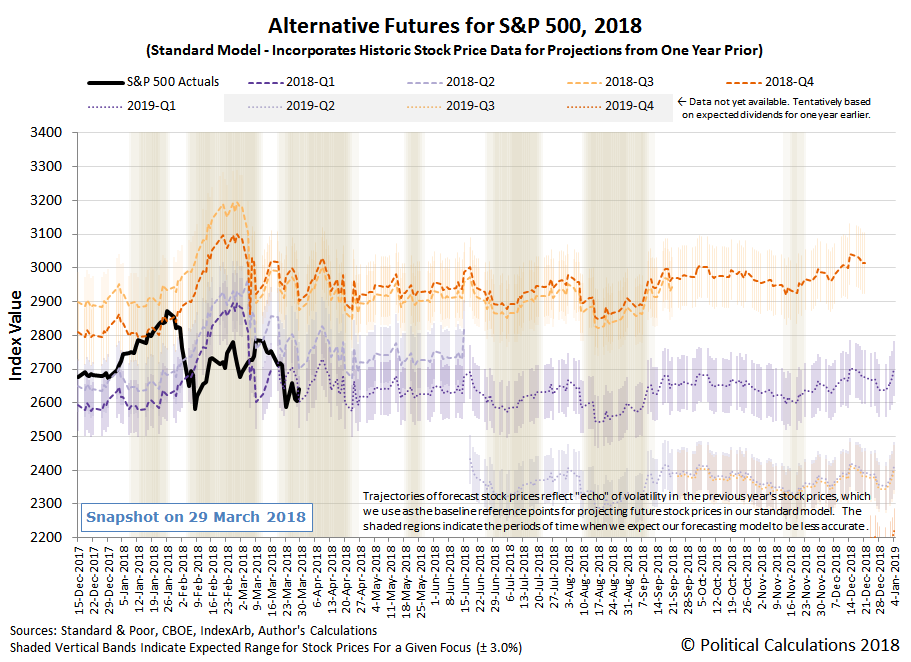 Compared to previous weeks, Week 4 of March 2018 was relatively quiet, if still showing elevated levels of volatility. Here are the news headlines that caught our attention during the final week of 2018-Q1.

The Big Picture's Barry Ritholtz listed the positives and negatives for the U.S. economy and markets during the fourth and final week March 2018 and, as a bonus, described the U.S. stock market action of 2018-Q1 as being anything but boring!